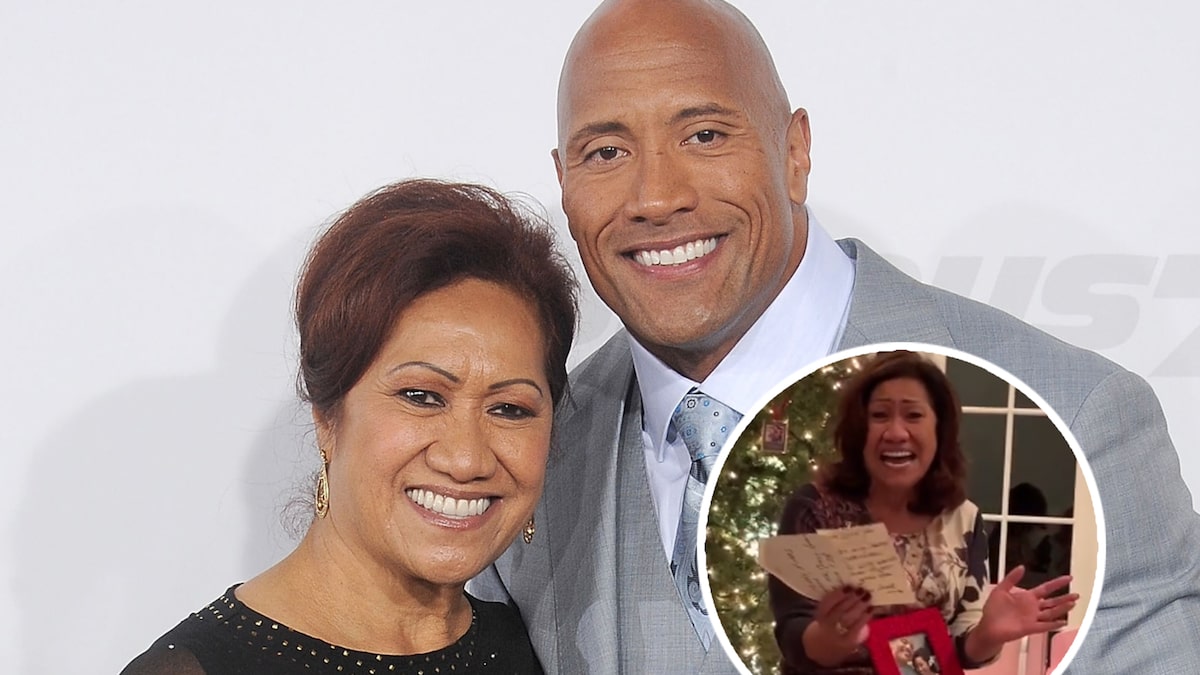 “It’s every kid’s dream to buy their mom and dad a house. It was a bucket-list thing for me.”

For many people, there’s no better feeling than giving back to their family, and for celebrities, they often get to do that in a big way. And when they go big, they go all out. After cashing their first major paycheck, these stars often use it as an opportunity to show appreciation to the people that raised them — by way of buying their parents a brand new house!

Celebs from Demi Lovato to Dwayne Johnson have all stepped up to make sure their family was taken care of with a stunning roof over their head and it’s clear that their loved ones couldn’t be more thankful.

Dwayne Johnson was able to purchase a home for his parents early on in his career. He once revealed that his parents never had a permanent residence until he bought them their first home in 1999. When his parents later split, he went on to buy them both their own separate homes.

“Bought my mom a new home for Christmas…I always made sure my mom and dad have everything they’ll ever need – houses, cars etc. But the house this time is a special one and the timing is very meaningful. I told her to treat this card like it’s ‘Willy Wonka’s Golden Ticket’ because she gets to choose any home she wants – anywhere she wants. I always say, if you got a good mama, then you gotta pretty good shot at becoming a decent human being. And somehow, somewhere along the line I became one lucky SOB to be able to make stuff like this happen,” Dwayne wrote on Instagram.

Back in 2012, Rihanna surprised her mother when she gifted her with a five-bedroom home in Barbados. In the moment that was captured on “The Oprah Winfrey Show,” Rihanna told her mom that she was coming to the house for an interview but ended up presenting her with the keys — and then going on a tour of the stunning home.

“I wanted to do this for you for a very long time. You have been such an amazing mother, example, soldier, and you get to walk away with the key to this house tonight,” Rihanna said.

Cardi B says it was her childhood dream to buy her mom a house. When she first began her rise to fame, she started the house hunting process but the homes she wanted were out of her price range. She spent the next year working hard and was finally able to afford the beautiful abode she dreamed of for her mom.

​​”It’s always been a dream to buy my mother a house. Last year I was so thirsty to buy my mom a house but the ones I was interested for her weren’t at my price range. I worked and worked and now I’m here!! Thank you everybody who supported me to make my childhood dreams come true!” Cardi wrote on Instagram.

In 2019, Pete Davidson bought a four-bedroom, four-bathroom home to share with his mom on Staten Island. While Pete lived in the basement as a detached apartment, his mom spent her time in the rest of the house.

“We bought a house together, but nobody believes that. I live with my mom, kinda, so I have like a basement that’s like mine that’s like an apartment, so I live underneath her, so I’m getting like a little arcade set up down there trying to make it mine,” Pete said while appealing on “The Tonight Show.”

John Boyega says that his biggest “rock star” purchase since landing his breakthrough role in “Star Wars” was the house he bought for his parents. He ended up surprising them with purchase — and they had no idea it was coming.

“I bought my mom and dad a house! I mean that’s a way to do it. You know, I also think that’s giving back to my king and my queen. So that’s what I did,” John told ET.

Chris Pratt bought his mom a home even before he was the superstar that he is today. He explained that he purchased the house when he was 23, as soon as he had enough money. Even though buying the house used the majority of his savings, he was just glad his mom had a nice place to live.

“I bought my mom a house when I was 23 years old…I wasn’t rich. I had just enough to buy the house. I was rich for a second, and then I was poor, but my mom had a house,” Chris told Buzzfeed.

In 2016, Michael B. Jordan bought a mansion in Los Angeles for both himself and his parents to share. Michael lived in the home with his mom and dad for several years until he bought his own home in another area of LA.

“Look, it’s every kid’s dream to buy their mom and dad a house. It was a bucket-list thing for me,” Michael told The Times.

When Demi Lovato was just a teen, they bought their family a beautiful home right outside of Los Angeles. The musician gifted the home to them on their 18th birthday and said it was the best birthday gift they could have imagined.

“I just bought a house. For me to give [that] to my family on my birthday, that was the best present. It’s got pretty much everything you could possibly imagine in it. It’s the most beautiful, homey-feeling house. I love it,” Demi told People at the time.

“I always wanted to act, and one of the first things I wanted to do when I got any money was pay my parents’ house off. I’d asked Dad once when he thought he’d pay it off and he said, ‘Honestly, probably never.’ Most people are in that boat and I wanted to change that. So I was super active with auditions,” Chris told GQ.

Nicki Minaj was still on her rise to superstardom when she was able to purchase a home for her mom. She says that the moment she got the keys to her mom’s new home was when she knew she truly had made it.

“It felt amazing. I remember when I was little I used to pray that I would get money to help my mom, and it’s crazy that it comes to fruition even before [Pink Friday] comes out,” Nicki told The Box Houston.

Russell Wilson surprised his mom with a house in 2019. He documented the experience on social media, handing the keys off to his mom as they arrived at her new abode. She was shocked to say the least!

“All these years you have never asked me for anything… only thing you ever wanted is for me to LOVE. Well thanks for loving us the way you do. This ones for you. I love you momma,” Russell wrote on Instagram.

Early in Niall Horan’s career, he was able to pay off his mom’s home in Ireland. He says he tried to do the same for his dad, but he turned down the offer.

“I paid off my mum’s mortgage and brought her a car – things I knew she needed – but I don’t buy extravagant gifts all the time. I tried to give some money to my dad but he wouldn’t take it. He’ll barely take a Christmas present off of me. I want to do up the house he lives in but at the same time I don’t want to be the idiot who walks in and throws money around,” Niall told the Irish Mirror.

In 2015, Ashton Kutcher gifted his mom with an entirely new home by way of a complete remodel of his childhood house in Homestead, Iowa. He surprised his mom with the news on Mother’s Day, showing off the changes he made to the home that he had actually helped build as a teen.

“Being able to do this for my mom it’s like a lifelong dream. You know, you grow up and you have a good parent, and I don’t know that there’s anything I could ever do that really says thank you, but trying sure feels good,” Ashton said.