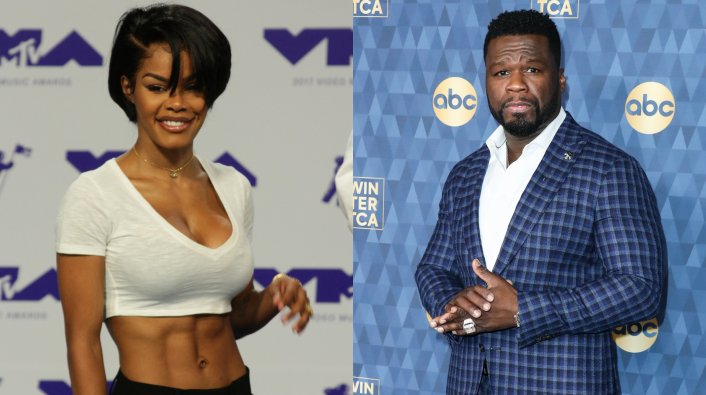 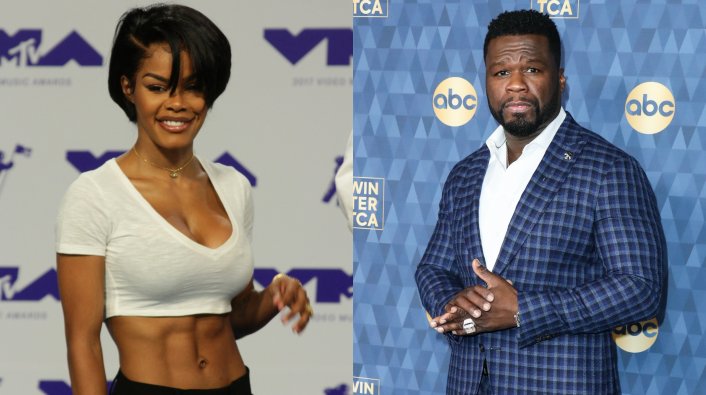 Six years ago, Teyana Taylor danced across the soundstage for a music video by Kanye West called “Fade.” Covered in sweat, the young rapper gyrated her body back and forth, providing imagery that became somewhat legendary. Since then, the former protége of Pharrell Williams has been crowned “The Sexist Woman Alive” by Maxim magazine and a fixture on social media for her chiseled body and her muscular abs.

Over the years her fans have posted a series of playful memes based on her athletic appearance. The latest craze features a side-by-side collage of her “six-pack” abdomen section right next to a photo of her baby bump with a caption that reads, “100 sit ups vs. 1 bend over.”

Not one to shy away from an opportune moment to poke a little fun at a fellow rapper, 50 Cent took to Instagram to add his two cents to the popular meme, with the following caption.

Teyana Taylor reacted to 50 Cent’s commentary on the meme by commenting on the post with a series of laughing emojis. Scroll above to view the original meme and photos, as well as Teyana Taylor’s reaction.