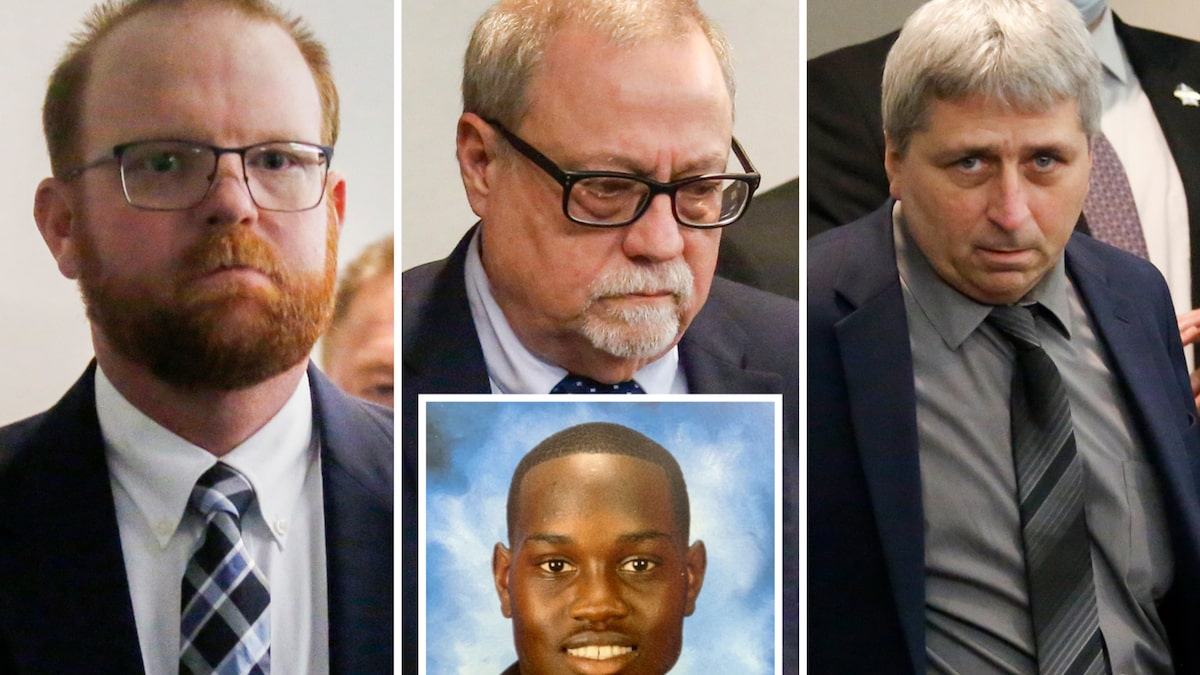 “Bye bitches have fun in prison.”

The three men charged with chasing down and killing 25-year-old Ahmaud Arbery while he was on a run in Brunswick, Georgia in February 2020 have all been found guilty in his murder.

Travis McMichael — who actually fired the fatal shots — was found guilty on all nine counts, including malice murder, on Wednesday, November 25. Travis’ father Gregory McMichael and neighbor William “Roddie” Bryan were also both convicted of felony murder and additional charges, though they both were acquitted of the malice murder charges against them.

In total, the three men — who faced nine counts each — were found guilty of 23 of the 27 counts. They all face life in prison.

As the verdict was revealed, many in Hollywood took to social media to react to the results, with many comparing the news with the Kyle Rittenhouse verdict from last week — a verdict which disappointed and outraged many.

Bye bitches have fun in prison

This shouldn’t be as shocking as it is. I couldn’t be more relieved. Let’s just hope the sentencing will also resemble justice. https://t.co/myhKXmgGDs

But it’s still so very much different — better — than when it goes the other way. Whewwww

It’s so gratifying to see justice being served.

Relief and pain is all you get sometimes. #AhmaudArbery

Nothing can bring #AhmadArbery back. But this verdict is a big RED LIGHT to all vigilantes and wannabe cops who want to enforce their own made-up laws on people who don’t look like them. https://t.co/qoqa3PaDye

The road to justice for black people in this country can be so precarious. So it’s difficult to use this as an example of the system working when we see black men jailed for life based off little to no evidence — and sometimes freed decades later.

It seems like it takes so much effort for the system to give us the most basic justice. And so little effort to ruin our lives.

Praise God for some justice. 🙌🏾

Ahmaud Arbery, may you rest in power.

Nothing can ever assuage the loss of #AhmaudArbrey for his parents and loved ones, and the work of local organizers + the Brunswick community should not have been so vital to securing justice. Georgia must move forward on criminal justice reforms – not retreat.

I know that this verdict doesn’t bring you back, and, oh how I lament your death.

Yet I rejoice in this verdict as I remember these words from my father:

“I believe that unarmed truth and unconditional love will have the final word in reality.” ~MLK pic.twitter.com/mOuWUHxpJR

Kirstie Alley, meanwhile, appeared to be the only one who applauded both the Arbery and Rittenhouse verdicts: