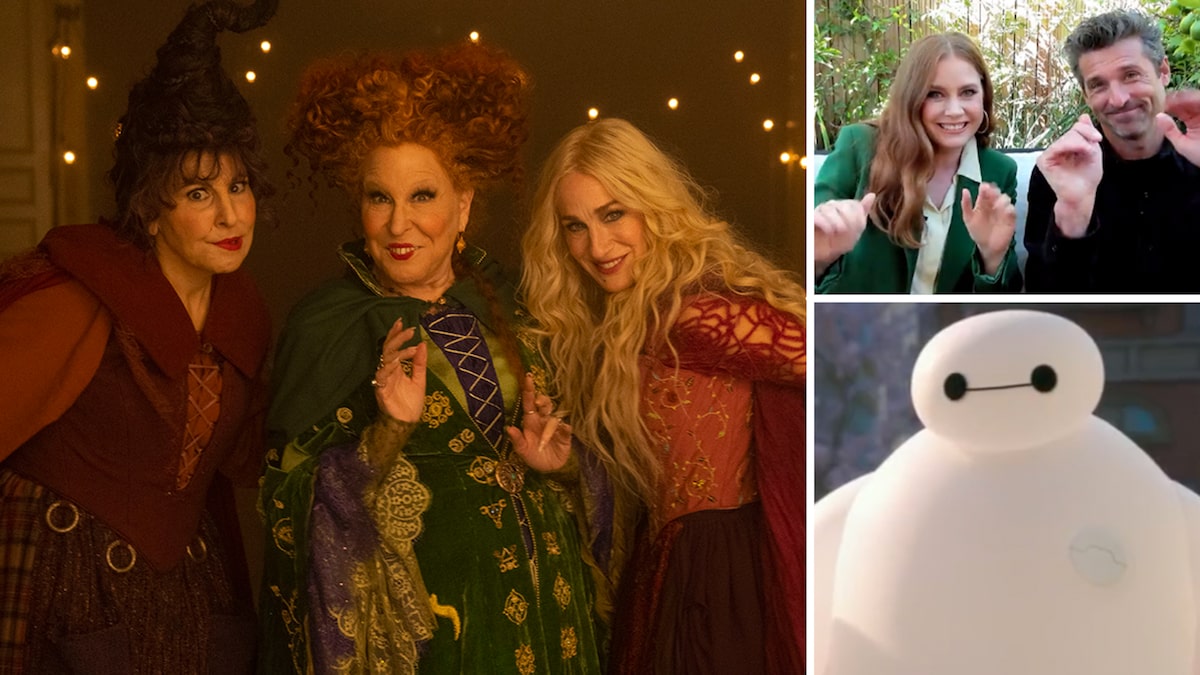 Disney+ is here and ready to break the Internet.

As a thank you to its global subscribers, The Walt Disney Company announced the first annual Disney+ Day earlier this year — and today, it’s all going down.

The event, unrolling all over the streamer’s various social media accounts, will feature a number of sneak peeks at their upcoming projects across their many bands — including Disney, Pixar, Marvel, Star Wars and National Geographic.

Fans are hoping for new glimpses at upcoming MCU shows like “Moon Knight,” “She-Hulk,” “Hawkeye” and “Ms. Marvel,” as well as Star Wars series including “Obi-Wan Kenobi,” “Ahsoka,” “Andor,” “The Book of Boba Fett” and “The Mandalorian” Season 3.

The streamer will also be adding films like “Shang-Chi and The Legend of the Ten Rings,” “Jungle Cruise” and the fan favorite “Enchanted” to its library on Friday, and premiere new projects including the “Home Alone” sequel “Home Sweet Home Alone,” “Olaf Presents” and the “Luca” short “Ciao Alberto.”

We’ll keep updating this post with new announcements, footage and first look photos as they come in!

And who better to kick off the #DisneyPlusDay adventure *together* than Dwayne Johnson (@TheRock) and Emily Blunt?! pic.twitter.com/304BmMasYm

The Rock and Emily Blunt kicked off the festivities with some of their trademark banter in a video not only starting the day but also reiterating that their film, “Jungle Cruise,” is now available on the streamer.

From there, Disney+ confirmed that a new “Ice Age” movie is coming very soon, sharing the first trailer for “The Ice Age Adventures of Buck Wild,” which drops January 28th. Star Simon Pegg also shared a message to fans.

We can’t see it, but we’re 100% certain @SimonPegg’s ice sculpture was one for the ages. #DisneyPlusDay @IceAge pic.twitter.com/jO9ER2q6Ey

The streamer then confirmed that a “Baymax” series is coming in Summer 2022, following the events of “Big Hero 6.”

A new “Cheaper By the Dozen” movie, starring Gabrielle Union and Zach Braff, is also coming in March 2022. According to Union, the movie will follow a “multiracial, blended family of 12 navigating their home life while managing their family business.”

To celebrate the arrival of “Enchanted” dropping on Disney+, Amy Adams and Patrick Dempsey also shot a video not only reiterating it’s availability, but also confirming the sequel “Disenchanted” is coming out in Fall 2022.

An animated “Diary of a Wimpy Kid” is also hitting the streamer on December 3, with the first poster getting its big reveal. Another film in the franchise, “Rodrick Rules” will also drop in 2022.

Amy Adams and @PatrickDempsey are sharing a bit of magic straight from Andalasia! #DisneyPlusDay #Disenchanted pic.twitter.com/gOdflzQWWs

Also coming soon to the streaming service: Peter Jackson’s three-part event, “The Beatles: Get Back” on November 25th and an animated Rescue Rangers movie starring John Mulaney and Andy Samberg as Chip and Dale in Spring 2022.

Samberg promised the movie isn’t a “reboot,” but a “comeback” … whatever that means!

We also got our first look at Bette Midler, Sarah Jessica Parker and Kathy Najimy back in costume as the Sanderson Sisters as they film “Hocus Pocus 2,” hitting Disney+ in Fall 2022.

Chris Hemsworth, meanwhile, teased his upcoming six-part NatGeo series “Limitless with Chris Hemsworth,” showing him pushing himself to the limits by doing some completely crazy stunts in the wild.

Will Smith is getting his own six-part NatGeo series too, titled “Welcome to Earth,” which sees his traveling to the ends of the earth. The series takes him into the ice, the jungles and deep into the ocean. The show premieres December 8.

Follow @WillSmith to the ends of the Earth, literally. Welcome to Earth, an Original Series from @NatGeo, is streaming December 8 only on #DisneyPlus. #WelcomeToEarthSeries #DisneyPlusDay pic.twitter.com/eanWnNNGKX