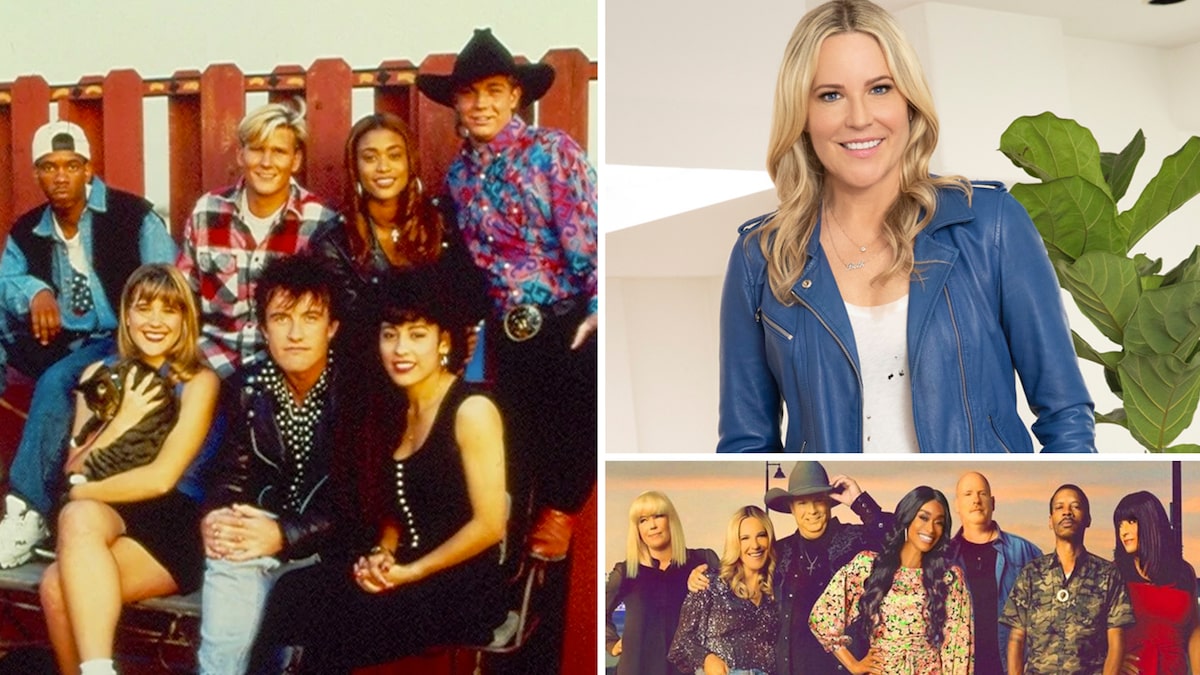 While Beth was ready to keep it real on her Real World return, she tells TooFab she’s disappointed others in her cast weren’t.

“I really wanna know what is it about me that people don’t like.”

While it remains to be seen whether she got the answers she was looking for, Stolarczyk, now 52, told TooFab she was determined to keep it real with her former roommies as she, Tami Roman, David Edwards, Jon Brennan, Irene Berrera-Kearns, Glen Naessens and Beth Anthony reunited to film together inside the same Venice Beach home MTV rented out back in the day. But, it seems, not all of them were willing to do the same. 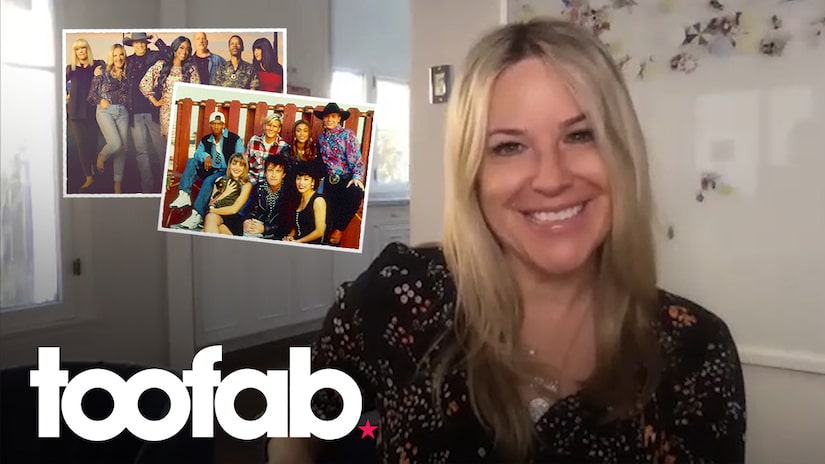 “Getting back together with my roommates who I haven’t seen in almost 30 years, I’ve always wanted that because I’ve always felt like we had a lot of unfinished business. Especially for me, because I didn’t really get along with most of the people that I lived with,” Beth told TooFab ahead of the premiere. “Now that I’m older, I feel like going back and talking about things that we went through and being able to approach them in a different way would be an amazing thing, an amazing opportunity. We lived life, we’re grown and I’m really hoping I can walk out loving everybody at the end.”

Throughout her time on “The Real World” and the many seasons of “The Challenge” that followed — including the first season of “All Stars,” also on Paramount+ — Stolarczyk has always been a bit of a polarizing presence to those around her. The way she sees it, however, she’s just being herself … and if you don’t like it, too bad.

“I’m gonna be me. I’m gonna show up as my authentic self and be me. I’m not gonna try to persuade somebody to like me,” she explained. “I think that if people took the time to get to know me, they’d really enjoy being around me. As I tell my kids, in the real world, not everybody’s gonna like you.”

Yeah, a lot has changed since Beth first appeared on MTV. In the 28 years since her season aired, she’s gotten married and has two children. She’s mom to a 10-year-old son and 12-year-old daughter, who both demanded she do the revival when the opportunity presented itself.

Heading into production, Stolarczyk said she was “really nervous” about reuniting with Tami, telling TooFab she had her “judgements” about Roman before filming. On the first episode of the revival, out now, she said she had actually tried to connect with Roman on social media, but was left on read in her DMs. Roman — who boasts 3.2 million followers on Instagram likely thanks to work on “Basketball Wives” — believably claimed she never saw the message.

But Tami wasn’t the only one Beth had hesitations about.

“Then, of course, there’s Glen, who for whatever reason didn’t like me,” she continued. “I’m a trigger for a lot of people and I really wanna know what is it about me that people don’t like? I’m not a perfect person, I wanna learn and grow and if I didn’t care, I wouldn’t even bother asking or be curious about it. I really wanna know. I know I’m not a perfect person.”

She also had concerns about being reunited with David, who was the first cast member of the franchise to be kicked out of the house and, thus, booted from the show. Quick Real World history lesson: By the original season’s seventh episode, David was evicted following an infamous incident with Tami in their home’s hallway. While David felt like it was a joke, Tami was livid after he pulled her out of her bed while she was wearing nothing but her underwear and wrapped in a blanket. He then tore the blanket off too, leaving her exposed as she screamed for him to stop. As the male housemates laughed, it didn’t take long for female roommates Beth and Irene to start throwing around the word “rape,” before he was told to leave.

“David, that relationship was very explosive to say the least. To be able to talk to him again, see where he is is a gift and I’m hoping that we can come out on the other side unicorns and rainbows,” she said. 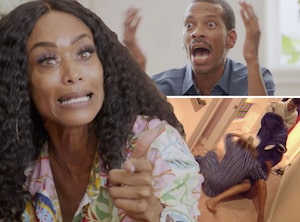 Of course, anyone who already watched the “Homecoming” premiere knows it definitely wasn’t all “unicorns and rainbows,” as production sat them all down and showed them the hallway footage once again — before asking them to talk about it the same day they moved back in.

“Honestly, I didn’t think it was gonna be the first thing that we saw. I thought, ‘Wow, this show is coming in hot right now, just going right for the elephant in the room,’” Beth said of the footage coming up so quickly. “I felt like some people were holding back a lot and that started to make me feel uncomfortable because I was ready to have a real conversation, but I felt like some people were like wanting to put another Band-Aid on it.”

Not wanting to spoil too much from the episodes ahead, Beth simply said she did her best to understand where David was coming from in the situation and doesn’t wish him — or any roommate for that matter — any ill-will after their reunion.

“Look, we were so young back then and we didn’t know. We were just learning about who we were and trying to learn about the situation we were in, being filmed. Even at my age now, whatever, I’m still learning how to evolve and be a better person at the end of the day,” she continued. “At the end of the day, I love my roommates and I wish them all the best. I have no ill will with David or anyone else I lived with. We shared something, this special experience together and even if we haven’t like fully resolved everything — I don’t know if everyone’s gonna walk away like, we could put a nice little bow on it and walk away. If it doesn’t happen, I’m willing to come back and revisit.” 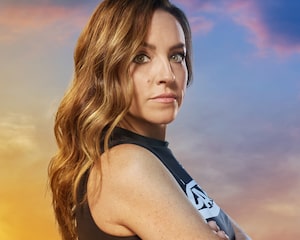 Though she said she begged fellow cast member Dominic Griffin to join the rest of them for “Homecoming,” both he and Aaron Behle declined MTV’s invitation. Though she said she believes he’s “happy to not be involved” at this point, Beth didn’t count out Dominic returning somewhere else down the line … “if there were certain conditions.”

“I hope that maybe some day he reconsiders to come back. Maybe he doesn’t feel comfortable getting together with all of us, maybe he would get together with a handful of us,” she said, before she brought up the idea of an “All Stars” Real World season.

“I think it would be really cool to take cast members from different seasons, put them together in a house, maybe a vacation,” she said. “What people really don’t, may not know is we are all friends. A lot of us are friends from different seasons and we have histories in our real world. So there’s a lot going on behind the scenes that people don’t know.”

“Even on the Challenges, people may not understand why does so-and-so really does not like so-and-so, well it’s because of things that happened in our real lives you might not get a glimpse of,” she added. “I think it would be really, really interesting to do something like that.”

In her dream “All Stars” cast, she’d love to shack up with Eric Nies and address “unfinished business” she has with “Real World: Boston” alum and fellow “The Gauntlet II” costar Montana McGlynn. She also threw out Sean Duffy and Rachel Campos-Duffy’s names, saying she and Rachel were “pretty close friends back in the day.” 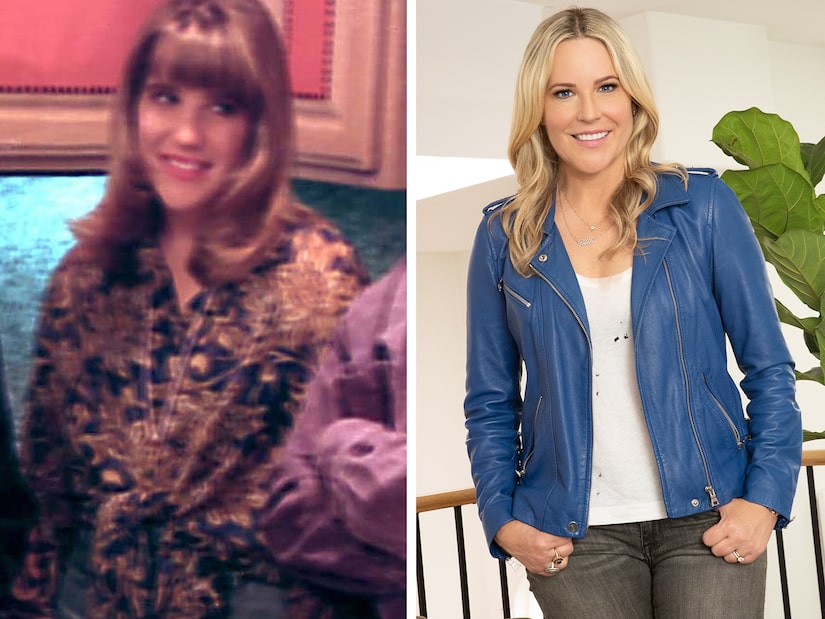