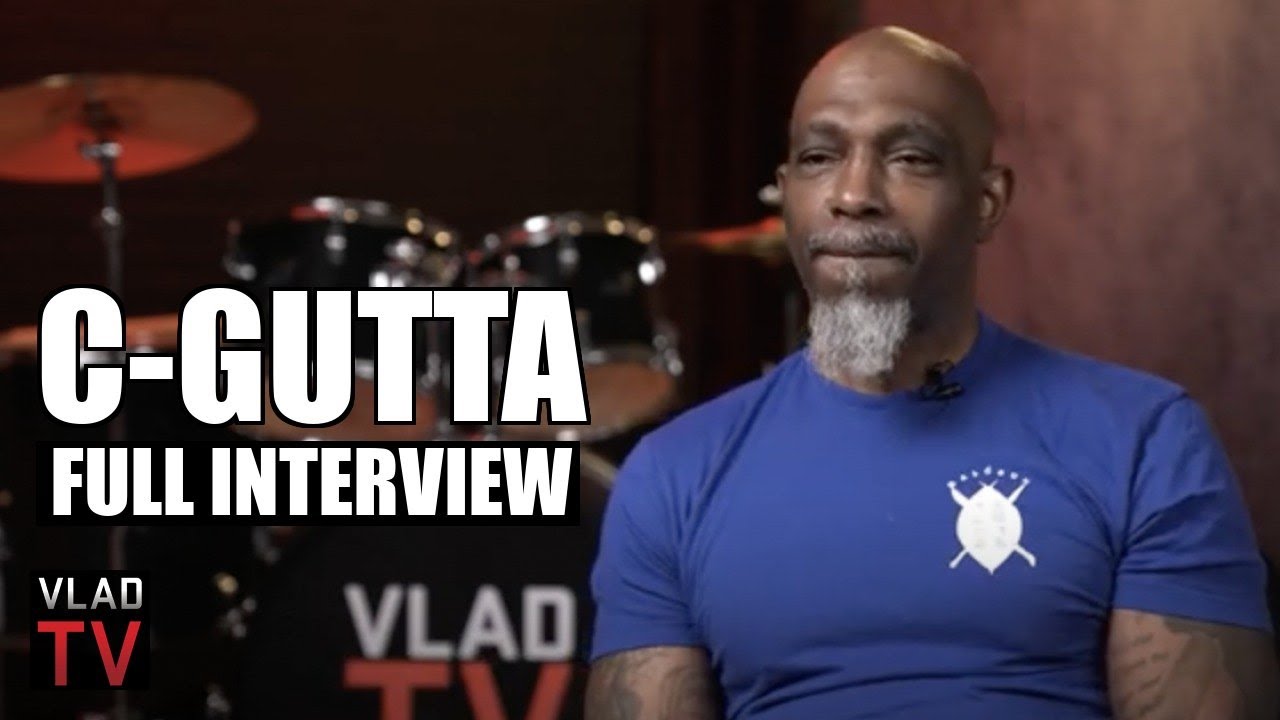 In this full-length interview, C-Gutta shares with DJ Vlad what it was like to live in various locations throughout the midwest and the South before finally settling down in NYC. He recounts meeting the Notorious B.I.G. when they were both teenagers and the friendship that ensued shortly thereafter. The music producer reveals that Biggie was much more focused on the drug game than the rap game back then. As the conversation moves along, C-Gutta talks about the events leading up to his involvement in gang culture and drug dealing. Later in the interview, C-Gutta details stories about getting arrested with Biggie, selling drugs with Biggie, and the story of how they first linked up with Puffy. Afterward, C-Gutta talks about their first encounters with other East Coast recording artists such as Busta Rhymes, and Heavy D. Later in the discussion, C-Gutta addresses 2Pac’s infamous diss track “Hit ‘Em Up” and he shares Biggie’s response. He also talks about Biggie’s death, Biggie’s first posthumous album, Lil Kim’s prime, and a 16-year bid that he served in prison. In addition, he shares his thoughts on watching Biggie’s kids grow up. Scroll up to watch the interview with C-Gutta in its entirety.