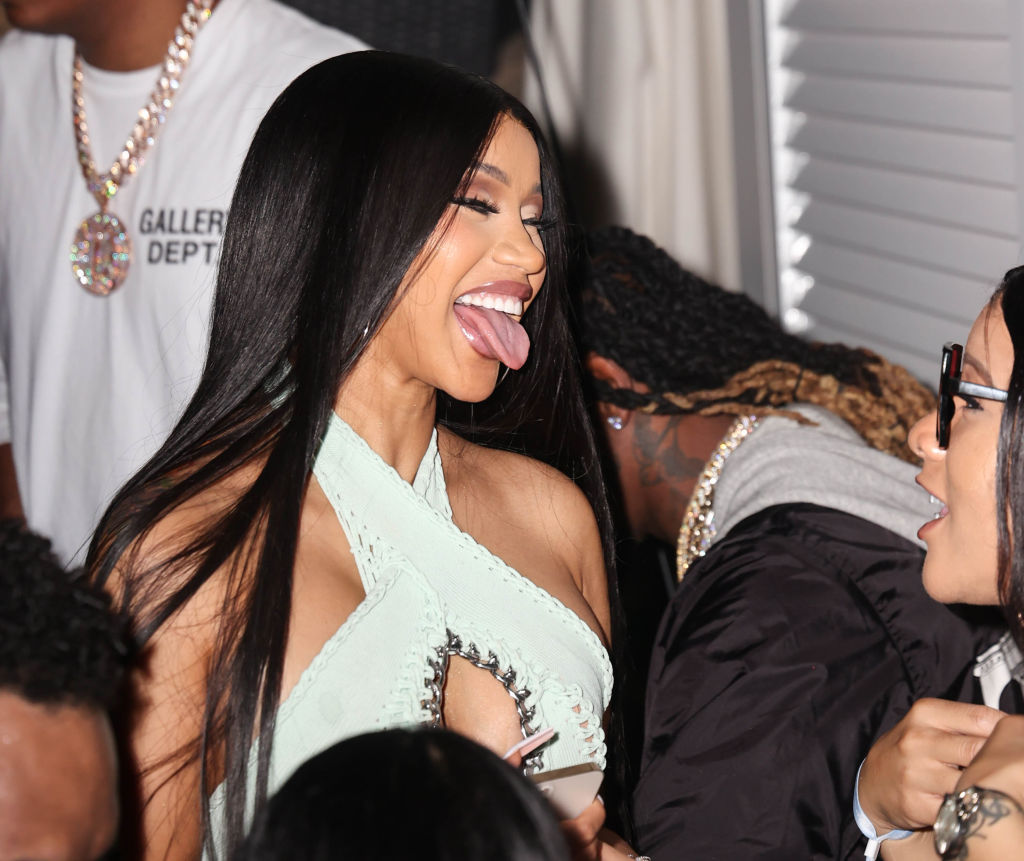 Cardi B has been known to slay the Met Gala red carpet.

It’s not a party without Cardi B. As you may already know, it’s the first Monday in May, which means that Met Gala season is officially upon us, and tons of our favourite stars will be walking the red carpet in New York tonight as they show off their luxurious looks.

The mother of two has attended the prestigious event in past years – in 2018 she made her debut while pregnant in a custom Moschino gown by Jeremy Scott, and in 2019 she donned a deep red dress designed by Thom Browne. This year, though, sources have informed Page Six that Bardi will reportedly be stepping out in Versace.

The 29-year-old is no stranger to the Italian fashion house; back in May she and her sister Hennessy Carolina modelled skin-tight outfits by the brand for Instagram, flexing their expensive La Medusa mini bags, and in 2019, she dressed her oldest child, Kulture, in an $830 Versace Barocco print baby puffer onesie.

After the festivities end, Cardi will be carrying the party over to The Standard, while she’ll be hosting an afterparty in conjunction with Playboy, whom she works as Creative Director in Residence for.

Rumour has it that we’ll also be seeing singer Maluma and model Gigi Hadid walking the carpet in Versace tonight – the former was the face of their spring 2022 collection, and the latter walked in the Milan Fashion Week show back in February.

While we have yet to see what Cardi B‘s dress actually looks like, we’re sure she’ll steal the show. Back in 2019, Vogue Editor-in-Chief Anna Wintour gushed about her look, saying, “She looked unbelievable… She could barely move, but it made no difference. People parted like the queen coming through because she looked so fantastic.”

Will you be tuning into this evening’s Met Gala to gaze at all the astounding celebrity looks? Let us know below, and tap back in with HNHH later for more pop culture news updates.