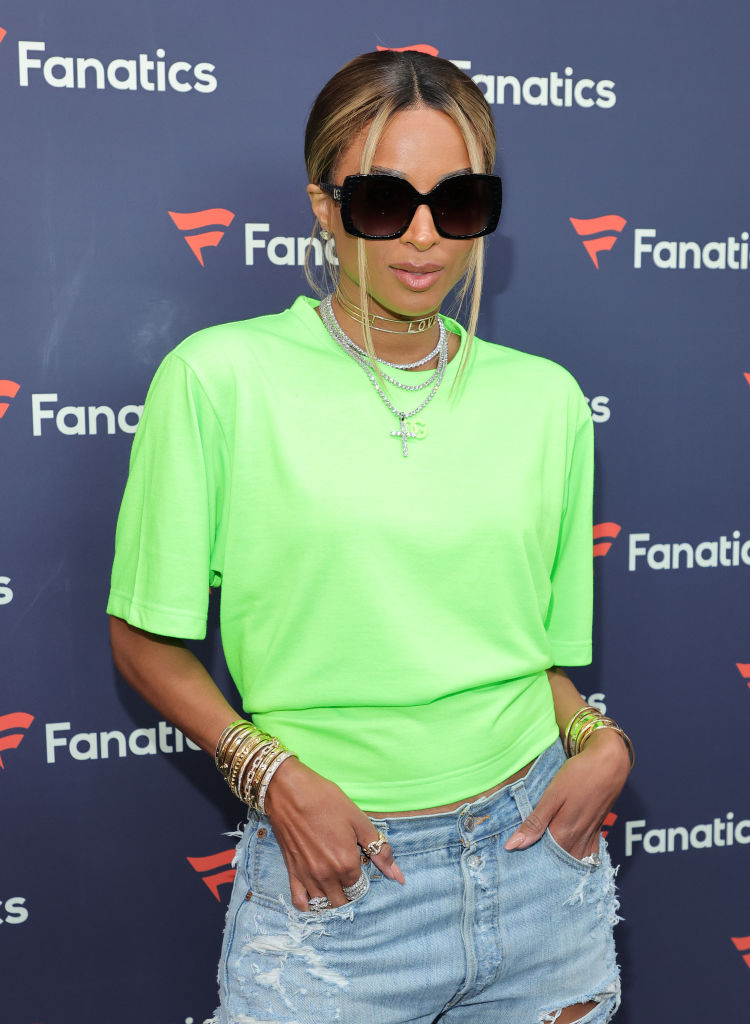 Ciara has been shaking that thang non-stop lately.

Ciara got the internet talking after her performance at Lovers & Friends Festival in Las Vegas – which included plenty of booty shaking – last month, and on Thursday, June 2nd she returned with more twerking antics on Instagram, although this time around viewers were far less focused on the 36-year-old’s behind.

“It’s time to pull up and make that thang ‘J.U.M.P’” the performer captioned the quick clip, which was filmed at a gas station and finds her and three other dancers popping their booties energetically to the beat of her upcoming single.

While one woman flaunts what she’s got at the front of the Ford Bronco, two others flagged each side, and CiCi herself popped out of the sunroof, propping one of her legs up on the vehicle for maximum twerkability.

The dancing is impressive, no doubt, but many viewers were too distracted by the depressingly high gas prices in giant red font just behind the entertainment. “Ciara is highlighting the price of gas… A queen, I love a celebrity that works for us,” one Twitter user joked.

“Sis, the song sounds like a BOP, but is that $6.69 a gallon I see?!” someone else asked. “Maturing is seeing a whole lot of ass, but [you] preoccupied with that expensive ass gas! Adulting,” another chimed in.

Are you excited to hear Ciara’s “J.U.M.P” single? Check out the preview below, and tap back in with HNHH later for more hip-hop news updates.