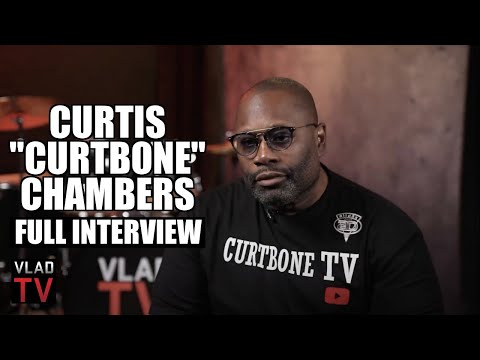 In this full-length interview, Curtis Curtbone Chambers talks about growing up in the oldest ghetto in Washington D.C., a collection of dwellings called Langston Terrance. He shares the details about why he started selling drugs around the age of 12, before citing a few horrific examples of what it was like to witness people trip off of PCP and dealing drug addicts from around the way. In terms of drug usage, the legendary entrepreneur talks about the fact that crack didn’t emerge in D.C. until around ’86 and why Heroine has always maintained a presence in the hood.

Later in the discussion, Chambers talks about being held for 14-15 months in jail while his high-profile drug case was developing. Then, he dives into the details regarding the influence of Rayful Edmond, their working relationship in the drug game, the murders that took place in Edmond’s organization, and his infamous drug trafficking case.

As the interview moves along, Chambers talks about when he met Alpo, the killing spree that Alpo went on in the DC area with Wayne Perry, his 14 counts of murder, his drug charges, and more. Lastly, he talks about getting out of the drug game, raising his kids, and his upcoming project Curtbone TV.