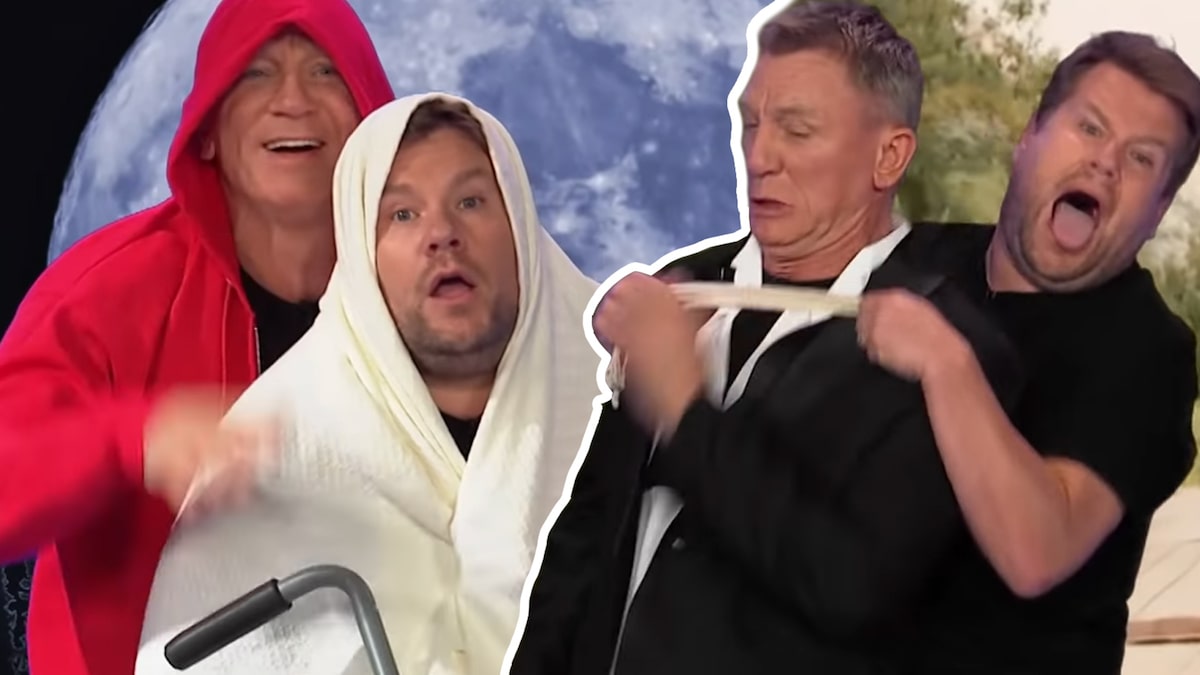 Daniel Craig and James Corden are taking a look back at Hollywood’s most beloved blockbusters.

On Thursday’s episode of “The Late Late Show with James Corden,” the actor and talk show host participated in a skit in which they recreated 24 famous films in 10 minutes — and it was absolutely hilarious.

Using a green screen, or rather a blue screen, the pair tackled popular blockbusters and classic films from over the years, including “E.T.,” “Harry Potter,” “Avatar,” “Jurassic Park,” “Star Wars,” “The Lord of the Rings,” “Titanic,” “Jaws,” “Back to the Future”, “Thelma & Louise,” “The Godfather” and, of course, Craig’s own James Bond films.

The two recreated famous scenes and moments from the movies, such as the Rose and Jack door scene in “Titanic,” and Luke Skywalker finding out Darth Vader was his father in “Star Wars: A New Hope.”

During the transitions between each film, Craig, 53, and Corden, 43, quickly changed into different costumes, with many segments also including wigs and props. And the two couldn’t help but break into laughter a few times as they looked so ridiculous.

As if the skit wasn’t amazing enough, Christopher Lloyd and Geena Davis made cameos during the “Back to the Future” and “Thelma & Louise” sections, respectively. 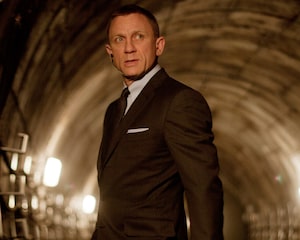 When Lloyd appeared while Craig and Corden were recreating a scene from “Back to the Future,” Craig kicked Corden out of the DeLorean so Lloyd could jump in and reprise his role as Doc Brown. And later in the skit, as the pair began to act out a moment from “Thelma & Louise,” they both argued that they should be Louise (Susan Sarandon’s character), to which Davis, who played Thelma, appeared to “help out” the duo.

Meanwhile, the video ended with an epic conclusion as Craig and Corden recreated Craig’s Bond films “Casino Royale,” “Skyfall,” “Spectre” and the upcoming “No Time to Die,” which marks Craig’s final appearance in the franchise. In each of the 007 segments, Craig said — or attempted to say — his iconic line, “The name’s Bond, James Bond,” before Corden would appear — seemingly as a villain — and Craig would then “punch” Corden in the face.

However, when the pair reached “No Time to Die,” Corden interrupted Craig, saying, “The name’s Corden, James Corden.” When Craig asked Corden what he was doing, Corden said, “Come on, mate. Give me a break. It’s your last Bond movie, give someone else a shot.”

“Appletini, shaken not stirred,” Corden said, to which Craig responded with a “punch” and then said, “And now for the last time … the name’s Bond, James Bond.”

Watch the hilarious clip, above!

“No Time to Die” is in theaters now. 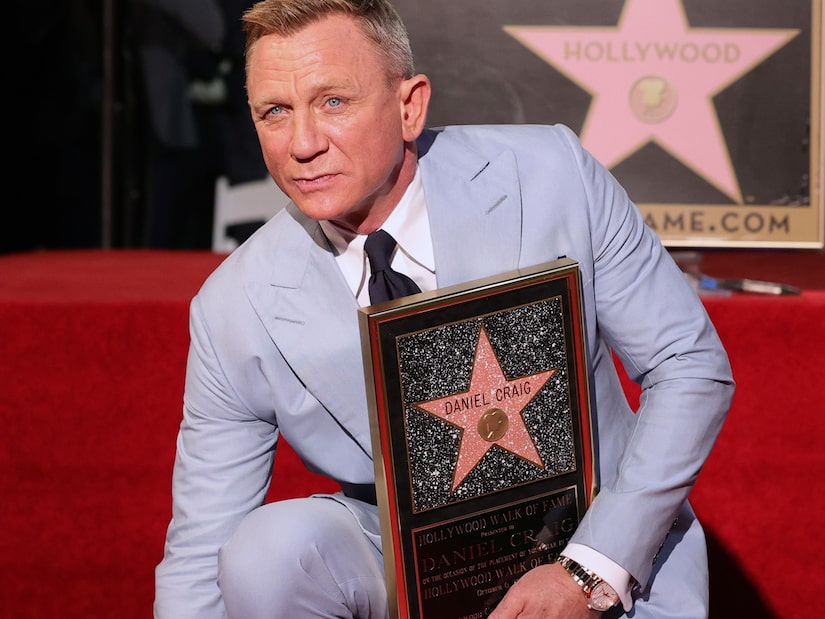