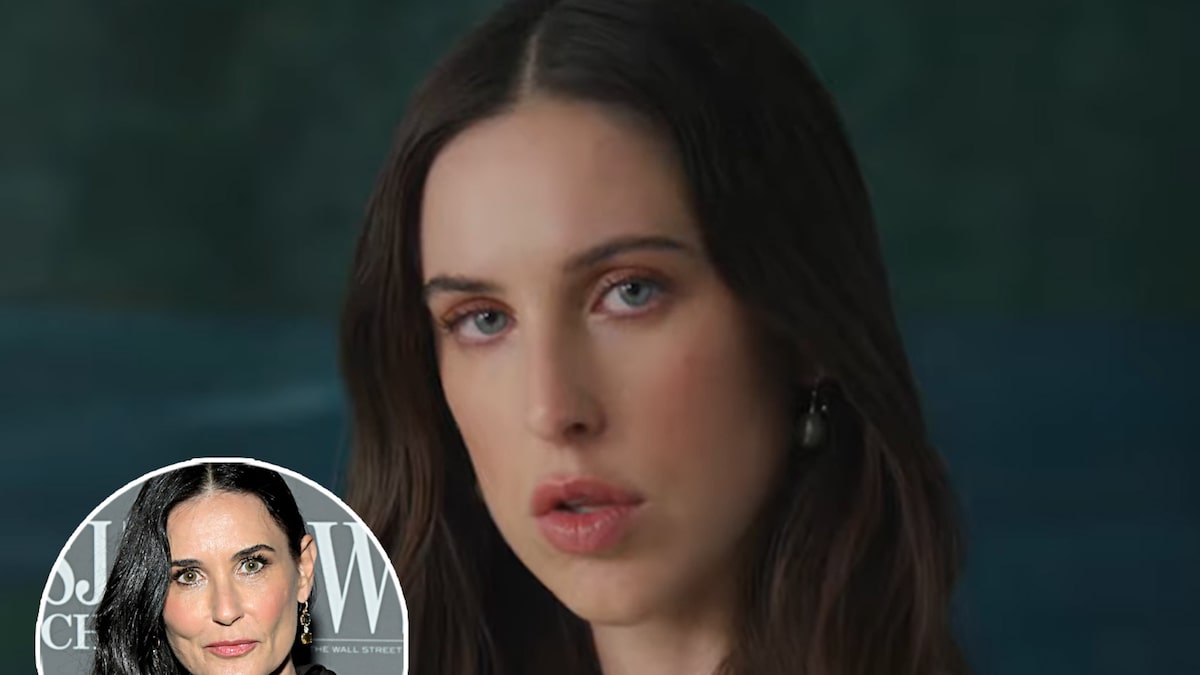 Demi took to Instagram to praise her daughter’s talent, calling her music “beautiful” and “vulnerable.”

Demi Moore and Bruce Willis’ daughter Scout has officially made her debut as a solo artist.

On Friday, the 30-year-old singer dropped her first single, “Love Without Possession,” along with a visually stunning music video. In the video for the soft ballad, Scout can be seen singing about love and heartbreak alongside a painted backdrop featuring a bed of flowers and a lake, in addition to a maroon backdrop.

During several points in the music video, Scout appeared to be nude, with her long, brown locks, preserving her modesty. At other moments, she was covered in the painted backdrop or a red robe. Scout also had a guest in the video: a large white swan. 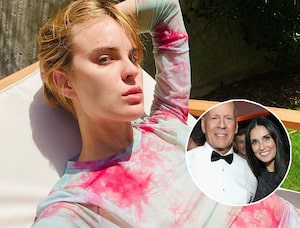 “I’m working on accepting love without possession,” Scout sings in the second chorus. “Because you’re my future, but not my present.”

“You’re my future, but not my present,” she repeats several times as the song concludes.

Earlier this week, Scout revealed the story behind the soulful track.

“I wrote this song in 2016 in the midst of profound heartbreak, hope, confusion, tenderness and growth,” she wrote on Instagram on Wednesday, teasing the song’s release. “It kept me company like a tender friend, narrating a story I was living in real time, softening the edges of my pain as only art can. I look back at the journey this broken heart led me on and have nothing but deep gratitude for everything that occurred, trusting and knowing that every moment of it was in service of my upliftment and awakening. Recording this song in 2020 my greatest intention was to share as vulnerably as I could, in the hope that this song might keep you company to.”

Following the release on Friday, Scout’s mom and her sisters — Rumer, 33, and Tallulah, 27, — took to Instagram to praise the song and music video.

Demi, 58, posted a snippet from the music video, writing, “So excited to share the beautiful vulnerable music and powerful heart-expanding voice of my beloved @scoutlaruewillis. I have learned so much watching you move through this experience in such a loving, thoughtful, focused and meaningful way. So proud of you. So honored to witness you. So thrilled for people to know you! Congratulations, my angel! I love you so much.”

The actress also added on her Instagram Story that she’s a “proud mama.”

Similarly, Rumer shared a series of posts on her Story, saying that she’s “immensely proud” of Scout.

“I’m almost speechless,” she wrote alongside a clip from the music video. “I’m so proud for this new chapter for you @scoutlaruewillis. And for everyone to see the magic of you.”

Tallulah, meanwhile, posted on her profile, sharing several stills from her sister’s music video. “WEAKENED, SHAKING WRITING THIS AS I JUST WATCHED THE GRÀND PREMIERE OF #LOVEWITHOUTPOSSESION,” she captioned the post. “THE UNEARTHLY BRAIN CHILD OF MY ICON/HERO/ SHARER OF BLOOD @SCOUTLARUEWILLIS ~~~ NO I WILL NOT CALM DOWN, NO I WILL NOT TAKE CAPS LOCK OFF, FLOOD TO THE TUBES OF YOU AND WATCH THIS NILE QUEEN FEAT. LUCAS THE SWAN EXPRESS SUCH A TENDER SOUL TRENCHED MELODY THAT I HAD THE GIFT OF WATCHING COME TO LIFE MANY MOONS AGO. PEPEQUENYO – I SEE YOU. IN EVERY PIECE OF WHO YOU ARE, WHO YOUVE BEEN AND WHO YOUVE BECOME. LETS F—ING GOOOOO”

Scout officially announced her single on Instagram last month after a remixed version of the track was used during Chloé’s runway show at Paris Fashion Week. At the time, Scout posted a photo of herself at the event as well as a clip from the show that featured the remix of her song playing in the background.

“Truly I almost started crying when I heard my voice come out of those speakers today!” she wrote in the caption. “THIS BRILLIANT LINE OF ENERGY and CONFIDENCE IS TRAVELING ALL THE WAY BACK AND HEALING THE HEARTBROKEN GIRL WHO WROTE THIS SONG!! 😭😭😭😭😭.”

Scout makes her debut as a solo performer with “Love Without Possession.” However, she previously released an EP in 2012 with the folk-rock band Gus + Scout, which she formed with her childhood friend Gus Wenner during college at Brown University.

“Love Without Possession” is the first single off Scout’s debut album, which is set to be released next Spring, according to Vents Magazine. 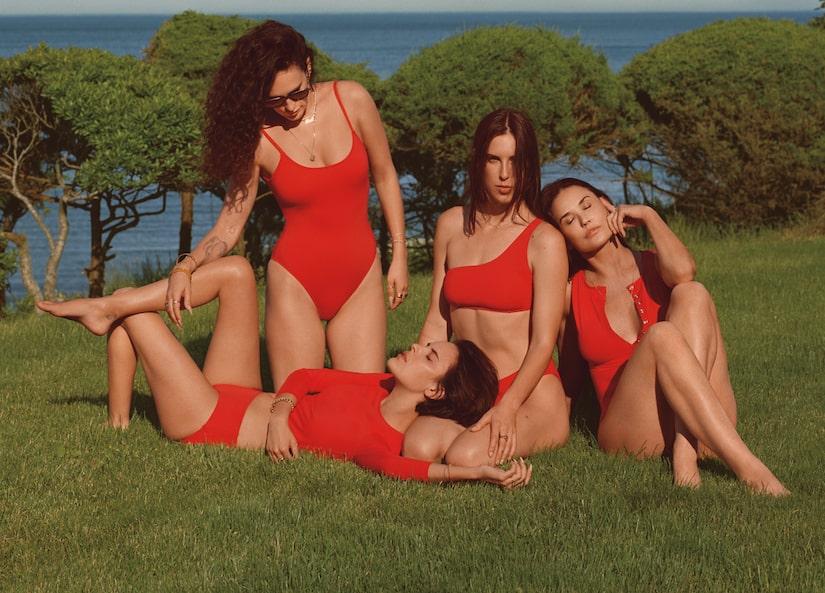