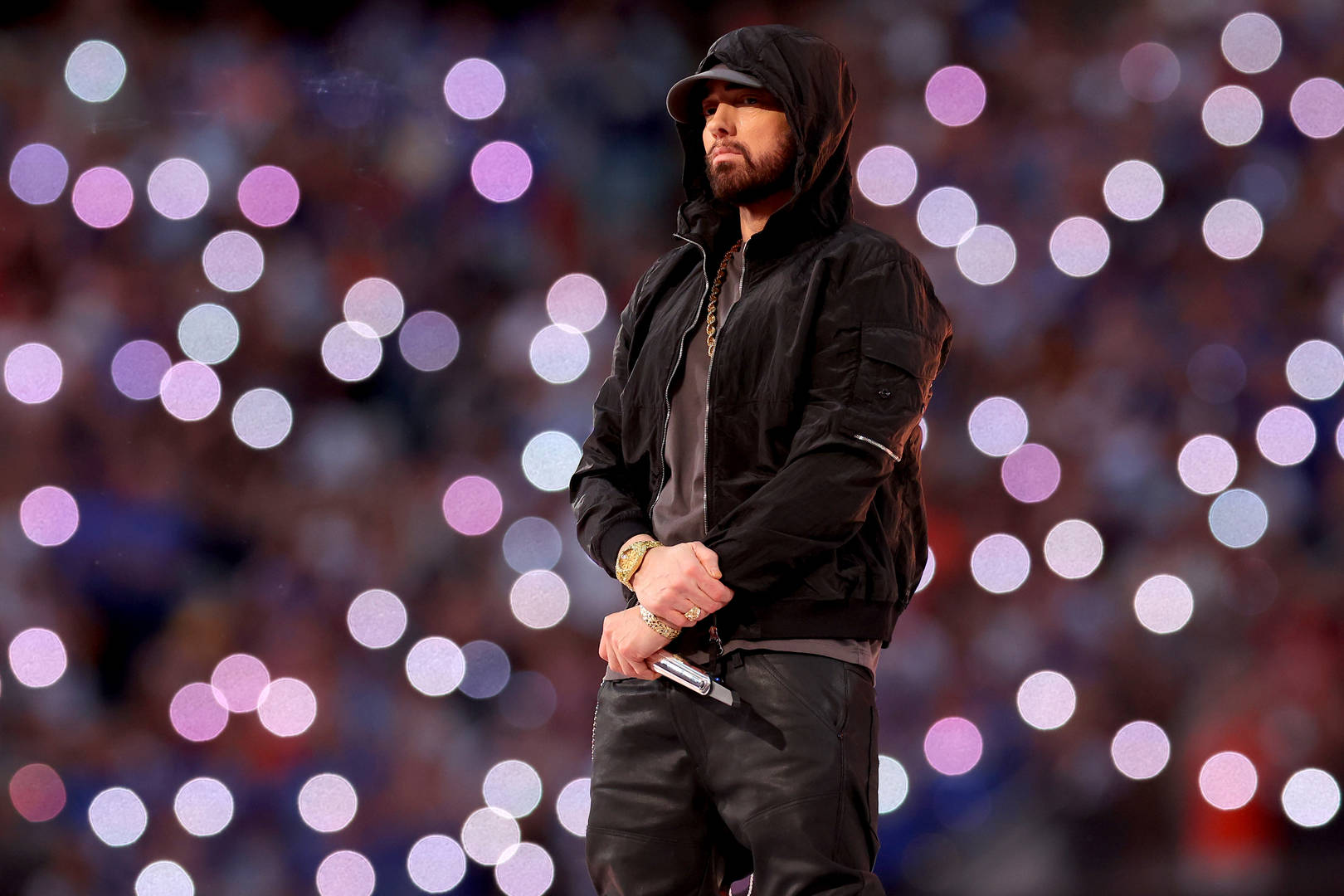 Eminem called into “Sway in the Morning” to speak about mental health and share his opinion on Westside Boogie’s new album, “More Black Superheroes.”

Eminem recently called into SiriusXM’s Sway in the Morning where he spoke about mental health in hip-hop and took time to praise Westside Boogie‘s new album, More Black Superheroes.

“I think that’s one of the great things about rap music is that you know, you could put so much of your life in it,” Eminem told Sway, explaining how he and other artists see a therapeutic outlet in the music genre.

He added: “It’s therapeutic and that’s how it’s always been for me.”

From there, Em discussed More Black Superheroes, which was released on Friday. The project features Snoop Dogg, Soulja Boy, Smino, and more.

Back in 2019, Eminem appeared on Westside’s album, Everything’s For Sale, for the track, “Rainy Days.”

Eminem also dropped new music of his own this week. On June 16, he shared his collaboration with CeeLo Green, “The King & I,” which will appear on the soundtrack for Baz Luhrmann’s biopic, Elvis.

Check out Eminem’s full comments on Sway in the Morning below.