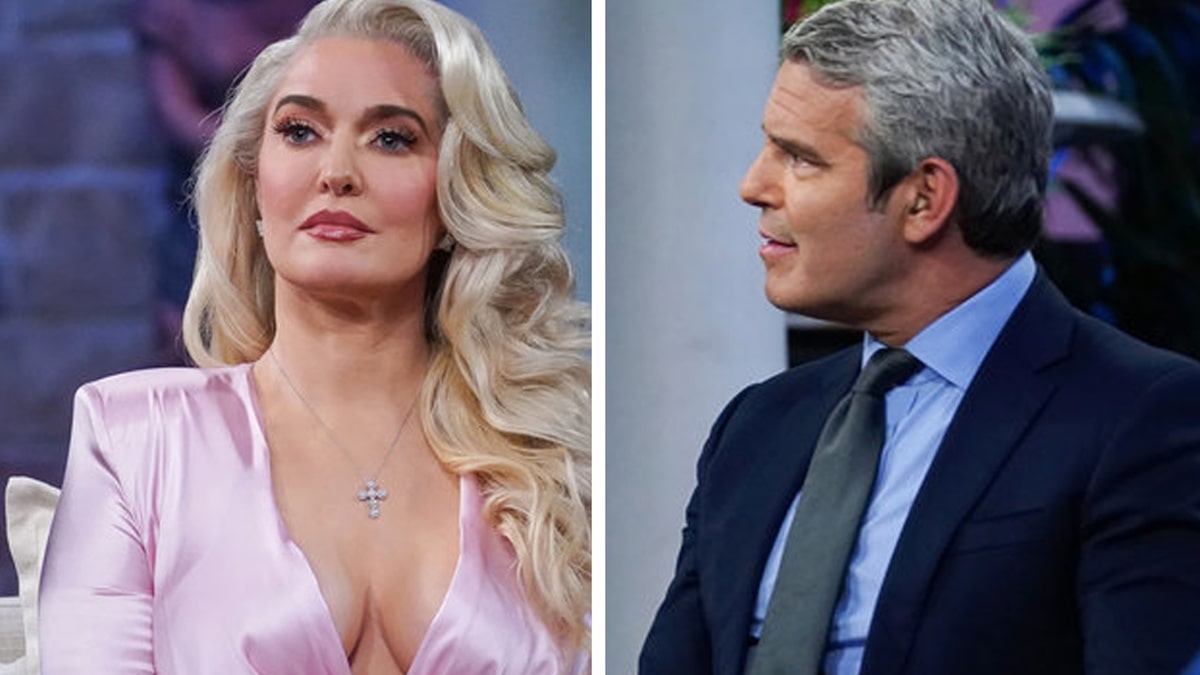 Andy also grills Erika on whether or not she thinks Tom is guilty of ripping off his clients.

Erika Jayne got extremely candid about her divorce from Tom Girardi on Part 2 of the four-part “Real Housewives of Beverly Hills” reunion.

Andy Cohen wasted no time in getting to all the tea as he asked the “Pretty Mess” singer why she didn’t leave Tom as soon as she accused the embattled lawyer of infidelity. 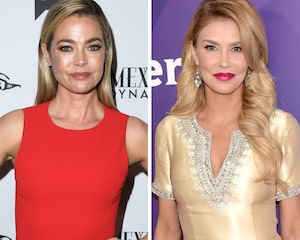 When asked how long she believed Tom was unfaithful, Erika quickly answered “years.” As for any infidelity on her part, she said she was faithful up until she filed for divorce.

After Andy pressed Erika on why she didn’t split with Tom sooner, Erika replied how she wasn’t in control of her finances and would have only walked away with two credit cards, which could be “cut” at any time.

Her answer prompted Andy to say, “I know what you make on this show — it ain’t bad.”

Erika explained that she didn’t stay with Tom because of “money or security” — but because she had “no access.” “You’re characterizing it for the money,” she said to Andy. “I’m telling you I could not leave because I had no access to the money.”

“I was 27 when I went in, he was 60. The power balance is way out of whack,” she added.  “I trusted this man. All of my finances were kept down at the firm and everything was kept there.” 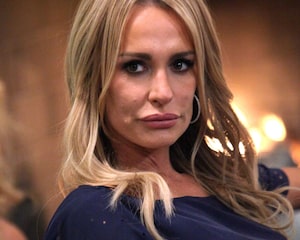 Saying she could have left Tom earlier before he accrued all his debt, Andy inquired if Erika knew there was liability when she left Tom. He added, “Did you feel the ship was sinking and you had to get out of it?”

“I felt like he was sinking, not necessarily the ship,” Erika answered. “There was no talking to this person — trying to get him to answer my questions, being shut out completely. Anger, personality changes. And you can see now —  look the man is in a home. He’s in a memory-care facility. We have seen how disheveled and how absolutely horrible he has deteriorated since I left in November. So what I have been saying is true.”

When asked if Tom’s lawyers told her she was “on the hook” for any of the lawsuits against him, Erika said she sought out her own lawyers, but there was a caveat to her answer: “I am not at liberty to say what time I sought legal council.”

As for why she lied to Garcelle Beauvais, telling her Tom was never unfaithful, Erika said she held back the truth because of the identity of the other woman. When asked how many other women there were, she said she knew of three mistresses, adding that she had confronted Tom about two of them, but found out about the third on the day she left.

“I went through his phone and she had sent a picture of her t—. He has a flip phone, so I responded ‘Nice t— stupid bitch.” But I couldn’t figure out how to add a space so it was like a run-on sentence,” she said with a laugh. 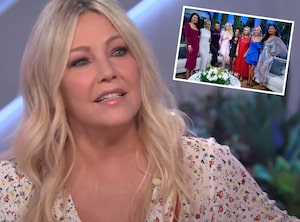 Would Heather Locklear Be Down to Join Real Housewives of Beverly Hills?

Andy then brought up Erika’s since-deleted Instagram where she posted messages allegedly from one of Tom’s mistresses. Erika said she wasn’t drunk at the time, just “angry.”

“And I’ll tell you why because everyone was saying ‘Erika has this money, the divorce is a sham. And this is a thing for the two of them to hide assets.” I was like ‘Motherf——s no it’s not.” As a matter of fact… this is what’s going on.”

As for the lingerie set from Tom’s desk that was being auctioned off at Tom’s law firm, Erika said the set wasn’t hers and guessed it was a Valentine gift for someone else.

She also insisted it was well within legal bounds how she was able to move out and rent a house and car without Tom knowing, even though she had no control over their finances. “I did nothing wrong.”

A viewer then brought up Tom regaling the women with anecdotes at a party last year, wondering how he could have declined mentally so quickly. 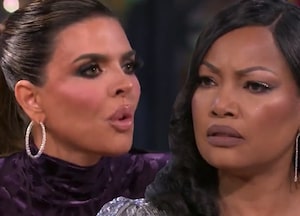 “He’s on a loop… saying the same stories over and over,” Erika answered. “He’s a master persuader. And a master performer. He could not have told you anyone’s names here. Not a soul. But he certainly could sit there and entertain.”

She then asked Kylie to back her up by telling the group what Kylie’s friend had said of Tom. Kyle went on to explain that her friend had watched the episode of Tom telling the women stories from last season and said to Kyle that he reminded her of her own mother who has severe dementia. “There’s a vacancy there,” Kyle said her friend reported. “She said they can be like that one moment clear and talking and then…. nothing.”

The ladies all chimed in that it makes sense Tom was so lucid, as Tom he was telling old stories from his past.

Another viewer asked why Erika divorced Tom when he was showing signs of mental illness instead of sticking with him. Erika called it unfair to say “he got Alzheimer’s and I split.”

After his car accident, she said she was the one who found him and took him to a hospital. “I protected that man, ok. I reached out to many doctors and I was blown off more than once.”

She also claimed one doctor told her he didn’t want to get involved because he didn’t want Tom to sue him. “People still feared this man,” Erika added. 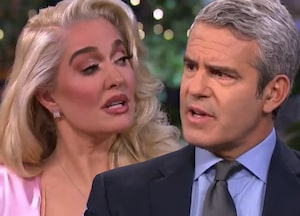 Andy then asked if she would still have married Tom knowing what she knows now.

“I’m at a place where I don’t know quite who I was married to,” she replied. “And I’m trying to — much like everyone else around me — trying to figure out what the f— happened. In the law firm and in my personal life and the things I am finding out.”

“There are moments I am overwhelmed, I am sad, I am heartbroken,” she continued. “Then I am bewildered. Truly. Where I’m like ‘What was real?’”

But Erika did believe Tom loved her “until he changed” and she said she definitely loved him. “I think you can see it,” she added.

“I guess what everybody is fixated on is whether or not he ripped off all these people,” Andy said, referring to Tom being accused of stealing from cancer patients, a burn victim and the families of plane crash victims. 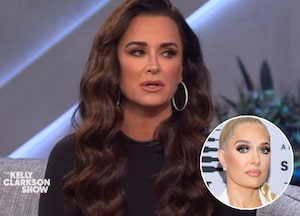 Kyle Richards Reveals Where She Stands with Erika Jayne After Reunion

Erika replied, “I really and truly hope that is not true because that is not the man that I married. It does not look good. However, we still need to get to the bottom of it.”

“I feel terrible,” she said of her name being associated with the allegations. “This is not who I am. And I hope this is not who he is. I hope he has not done what is alleged here.”

She said she has to protect herself now.

“Whatever Tom Girardi did or did not do, that’s on him. But I know a lot of his decision making is being pointed this way now. His life is over. He’s in his 80s, he’s in a memory-care facility, his career is over and done. I just turned 50. I cannot allow all of this to destroy me and take me to a place I cannot recover.”

“I have to survive this.”

Andy ended their conversation by saying he would grill Erika next on what happened after she left Tom — so stay tuned for Part 3 next week. “RHOBH” airs Wednesdays on Bravo. 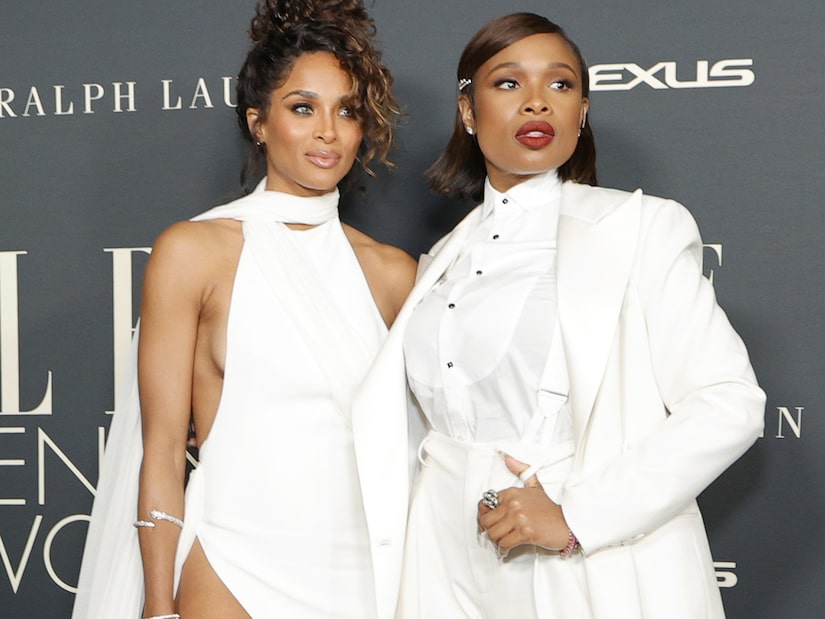