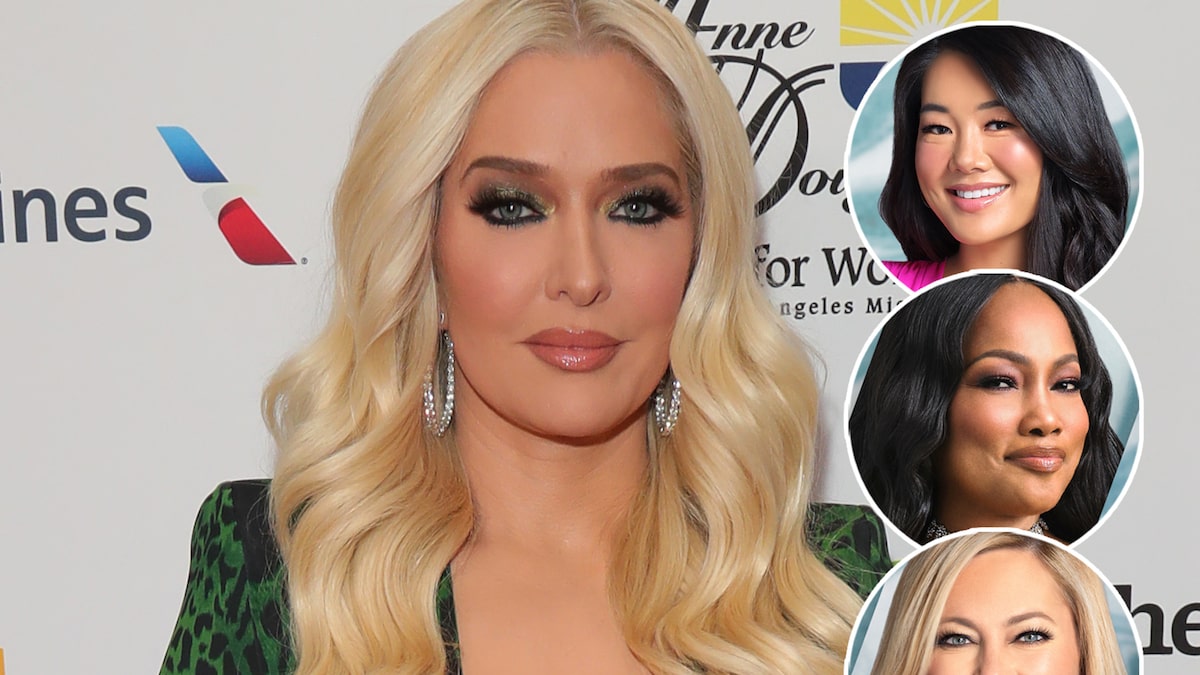 Sutton, Garcelle and Crystal recently revealed how they first reacted to the embezzlement allegations against Erika’s husband, Tom Girardi.

Erika Jayne appeared to slam Sutton Stracke and Garcelle Beauvais’s concerns that they might be implicated in her legal scandal over her estranged husband Tom Girardi’s embezzlement accusations.

In an interview with The LA Times published on Wednesday, the two “Real Housewives of Beverly Hills” stars said they initially feared the ramifications of filming with their costar Erika when they first read about Tom’s drama.

“Pure fiction,” Erika said in a tweet on Thursday with the Times article attached.

In the article, Sutton said she was “concerned” that the Housewives would be hearing only one side of the story while they were on camera. “Do we need an attorney to kind of help us, guide us through filming? That was really my biggest question,” she said. “I am a very private person and I got freaked out.”

Garcelle was quoted as saying, “And then you called me and I was like ‘Oh. My god. I never thought about that. We could be implicated.”

When a troll responded to Erika’s tweet by saying the “Pretty Mess” singer didn’t read the article, Erika shot back, “Honey, Im the lead… ‘We could be implicated’ No, you can’t. Period.”

A few minutes later, Erika also reacted to a follower telling her to “stop being a villain.” “Stop making me one,” she tweeted. “Nothing I say is good enough so f— it.”

Stop making me one. Nothing I say is good enough so fuck it. https://t.co/LpXlXyLLcM

Crystal Kung Minkoff was also interviewed for the Times article and said she wasn’t concerned about being implicated, as she had watched enough reality shows where one cast member does “crazy things” without consequences to the rest of the cast.

She did, however, say she knew after reading about the legal drama that the upcoming “RHOBH” season would be about “this woman’s husband goes to prison.”

Crystal also admitted to being “scared” after hearing about Erika’s divorce filing, as she didn’t want it to affect her own marriage. “The other girl with a big age gap [in her marriage] is getting divorced. I’m not here to get divorced. You hear stories of it’s ‘the curse’ right. I didn’t know if we should continue because that really scared me.” 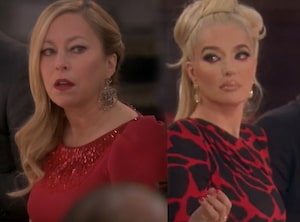 As for Sutton discovering the news of the divorce, she told the Times she “immediately felt sorry” for Erika. “Because divorce is hard and they have been married for so long. And it’s sad. Divorce is sad.”

The three Housewives were also asked if viewers will be satisfied with the answers from Erika in the the upcoming four-part “RHOBH” reunion.

“I don’t want to spoil it for anybody,” Sutton answered. “But there’s one thing that I’m still a little like, “Really?!” – about how I was treated about asking questions and then other people were not treated the same way.”

She may have been referring to the reunion exchange between her and Erika that was revealed in the teaser. Watch below!