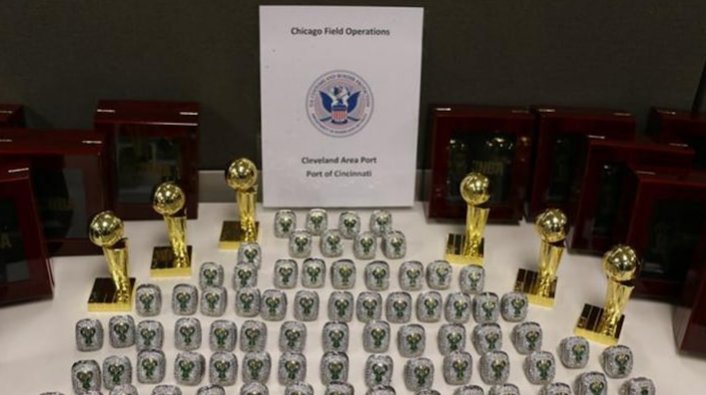 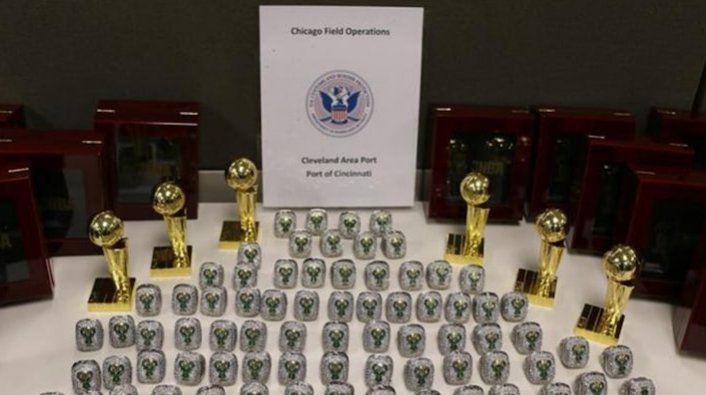 According to TMZ, federal authorities seized a shipment of fake Milwaukee Bucks championship rings that were set to be sold on the secondary market to unsuspecting U.S. patrons.

The U.S. Customs and Border Protection reported 56 shipments have been intercepted over the past few months yielding 1,382 fake sports championship rings and trophies. In addition to the fraudulent Bucks rings, federal authorities also seized rings featuring the Dodgers, Red Sox, Univ. of Kentucky, and NASCAR images.

“The money profited from selling fake merchandise such as championship rings, is used to damage the United States economy and fund criminal enterprises,” said Cincinnati port director Richard Gillespie on Tuesday. “I am proud of the officers in Cincinnati, they work hard to protect our domestic businesses and stop illegal shipments.”