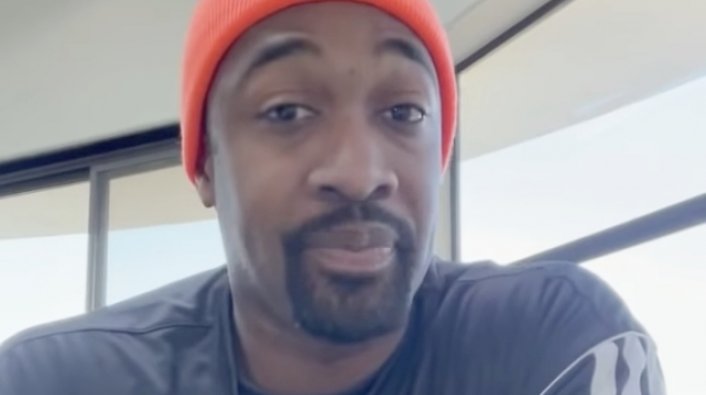 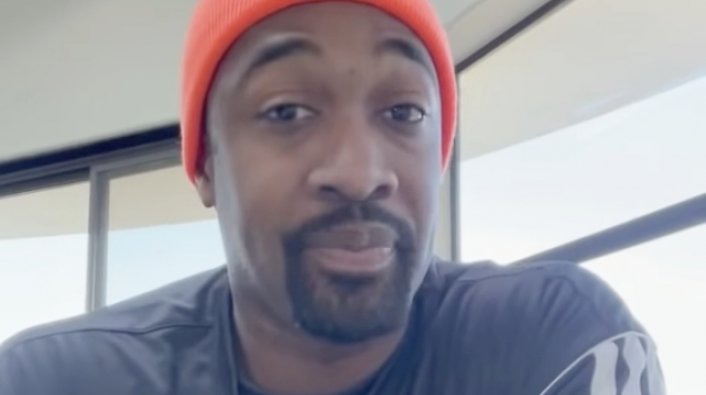 Gilbert Arenas has responded to Kwame Brown in a video, and he broke down what has led to their ongoing back-and-forth.

Gilbert started out addressing Kwame coming at him after his “All the Smoke” podcast appearance, which led to Gilbert also touching on Kwame claiming that Arenas had him benched during the 2005 playoffs. After speaking about reaching out to teammates and clarifying that he had nothing to do with Kwame being benched, Gilbert addressed Kwame claiming that Arenas cost him money in his NBA career.

After debunking Kwame’s claims, Gilbert went on to address Kwame saying that he stole his side chick, and he also spoke about Kwame being booed in Washington. Gilbert then stated that Kwame felt gassed up to make more claims after getting attention online. Arenas then closed by telling Brown that he turned out to be everything Kwame was supposed to be in the NBA, insinuating that Kwame is bitter about how his basketball career turned out. To hear more, hit the above video.

It didn’t take long for Mr. “Momma’s Cookin’” himself to respond to Gilbert Arenas and his most recent IG post excoriating Kwame Brown. On Thursday evening, Brown took to YouTube and livestreamed his response to Gilbert and continued to mock the former NBA All-Star for his media missteps among other things.

For many years the name Kwame Brown had been buried under a pile of insults and jokes centered around his lack of accomplishments and inability to live up to expectations as a once heralded NBA prospect.

Fed up with how the sports media portrayed his professional basketball career, Kwame Brown finally decided to take up for himself in a series of social media posts aimed at a few of his former NBA teammates and sports talk figures like Stephen A. Smith, claiming that they didn’t fully support black men.

He published the videos back in May, and they went viral immediately. Since then, the former NBA lottery pick has become a force to be reckoned with, making friends with controversial sports talk figures like Jason Whitlock and enemies out of Matt Barnes and Stephen Jackson.

Matt Barnes even went so far as to invite the former power forward to appear as a guest on his All The Smoke Podcast. The basketball player turned podcast host also made it clear that he would oblige Kwame Brown with a physical altercation if that was truly the route he wanted to take.

However, his response to Stephen A. Smith wasn’t nearly as cordial. ESPN’s highest-paid sports anchor took to the airwaves on Stephen A’s World and unleashed on the former number overall pick in the NBA draft by showcasing a Shaqin-a-fool Esque blooper reel and ad-libbing some not so flattering commentary aimed at his nemesis.

It seemed like that would be the high point of Kwame’s feud with his naysayers. But today, Gilbert Areas raised the stakes with a clap back of his own. His profanity-laced Instagram post about their days as teammates and a threat to do even more harm to his reputation with a yet-to-be-released video that appears to be about 54:00 minutes long.

The recent Instagram post from Gilbert Areas comes as a bit of a surprise, considering he was one of the first former NBA players to rush to Kwame Brown’s defense shortly after his YouTube videos went viral in May.