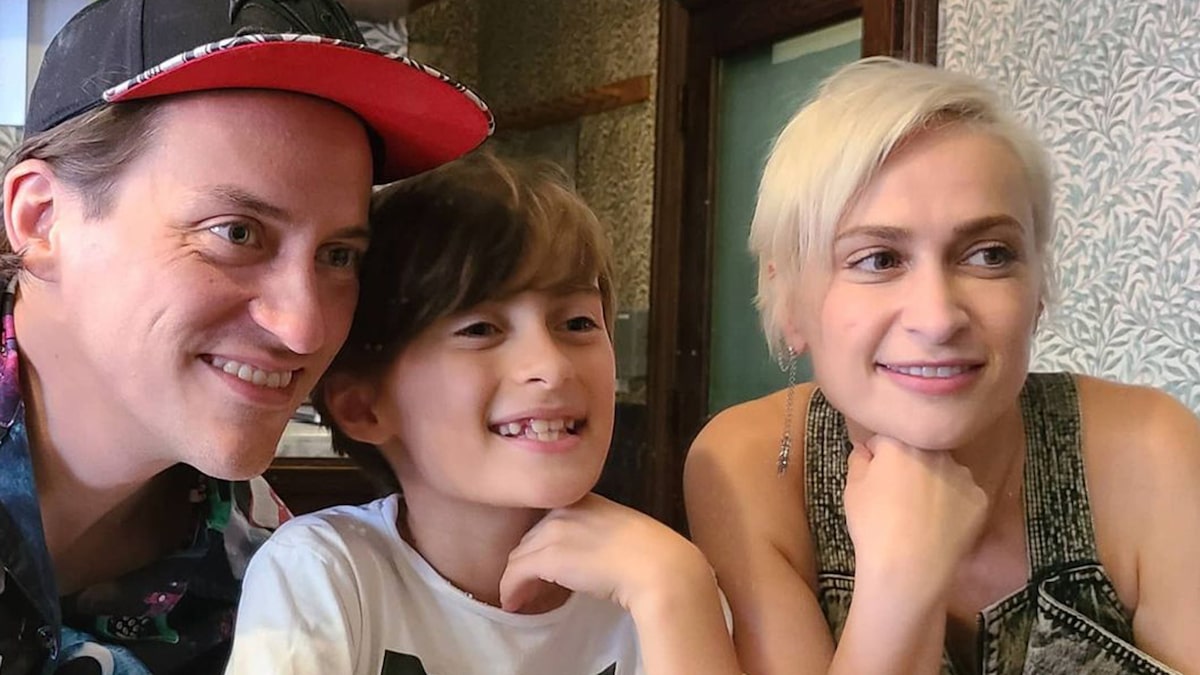 “Alec Baldwin’s not a murderer,” said one filmmaker friend, “he’s an actor and he was at the center of something horrible that should have never happened ever to anyone.”

Those closest to Halyna Hutchins — including her husband, a close friend and a star of the project on which she was working when she died — are continuing to honor her legacy following the accidental shooting that claimed her life.

The cinematographer was killed last Thursday on the set of “Rust” in New Mexico, after a prop firearm was discharged by one of the project’s stars and producers, Alec Baldwin.

On Saturday, Hutchins’ husband, Matt Hutchins, shared his first Instagram post following her death. Along with three photos of the couple and their 9-year-old son Andros, he simply wrote, “We miss you, Halyna!”

Jensen Ackles, who is also starring in the film, shared a photo on Sunday showing him on set with Hutchins, Baldwin, Travis Fimmel and Josh Hopkins.

“I’m not even sure where to start. This has been a tragedy of epic proportions that we are all still processing,” he began. “Earlier last week I felt compelled to tell Halyna just how awesome I thought she was. I told her how incredible I thought her camera shots were and just how exciting it was to watch her and her team work. Truly.”

“She laughed and said thank you and gave me a hug. I’ll forever be thankful we had that moment,” he continued. “She had a spunk and passion that infected the entire crew from the top down. She was an inspiration. My heart and prayers go out to Halyna’s husband, son and the rest of her family. There just aren’t enough words to express what an immense loss this is.”

“She will be incredibly missed by all of us who knew and admired her,” he concluded, before sharing links to two different fundraisers — including one for the Halyna Hutchins Memorial Scholarship set up by AFI and a GoFundMe organized by the International Cinematographers Guild for her family. The latter has, so far, raised over $200,000.

Rachel Mason, one of Halyna Hutchins’s best friends and collaborators, called Alec Baldwin after the shooting.

“He is so not responsible for this tragic, horrific nightmare of taking the life of my friend.” pic.twitter.com/IGTjjmsTfw

“A producer friend called me and I honestly thought at first he was giving me a weird sick joke,” she said, recalling how she found out Hutchins’ death. “I didn’t understand how he could possibly be coming up with something so bizarre. It didn’t seem in the realm of real.”

“The first thing I did was check in with her husband who’s also my dear friend, to see if he was okay. He said, ‘Yeah, we’re on a plane to Santa Fe,’” she continued, before pointing out how a big a deal it was that she was “a mom and a filmmaker at a time where it’s still really hard to actually gain that level of respect.” She added, “Most females in this industry are cautious about saying they’re a parent. It’s harder to get jobs.”

Mason said she also reached out to Baldwin as soon as she heard what happened.

“I don’t think any person who was in that position as an actor — no matter where the responsibility ends up lying — he is so not responsible for this tragic, horrific nightmare of taking the life of my friend,” she said. “I wanted him to know that I felt that really strongly. I know he’s a decent human being and he feels terrible, obviously. I just really wanted him to hear that, we just had a call about that.”

“I’m so grateful I was able to tell him that, because I don’t want him burdened with that for the rest of his life. He’s in a similar state of everyone else, in deep shock and sadness, feels terrible for the family,” she continued. “I hate the way people communicate on the internet sometimes, immediately jumping to the conclusion that he’s like a psycho murderer, things like that. Alec Baldwin’s not a murderer, he’s an actor and he was at the center of something horrible that should have never happened ever to anyone and film sets are gonna learn from this.”

She concluded: “I think he wants to figure out as much as anybody else does what happened.”