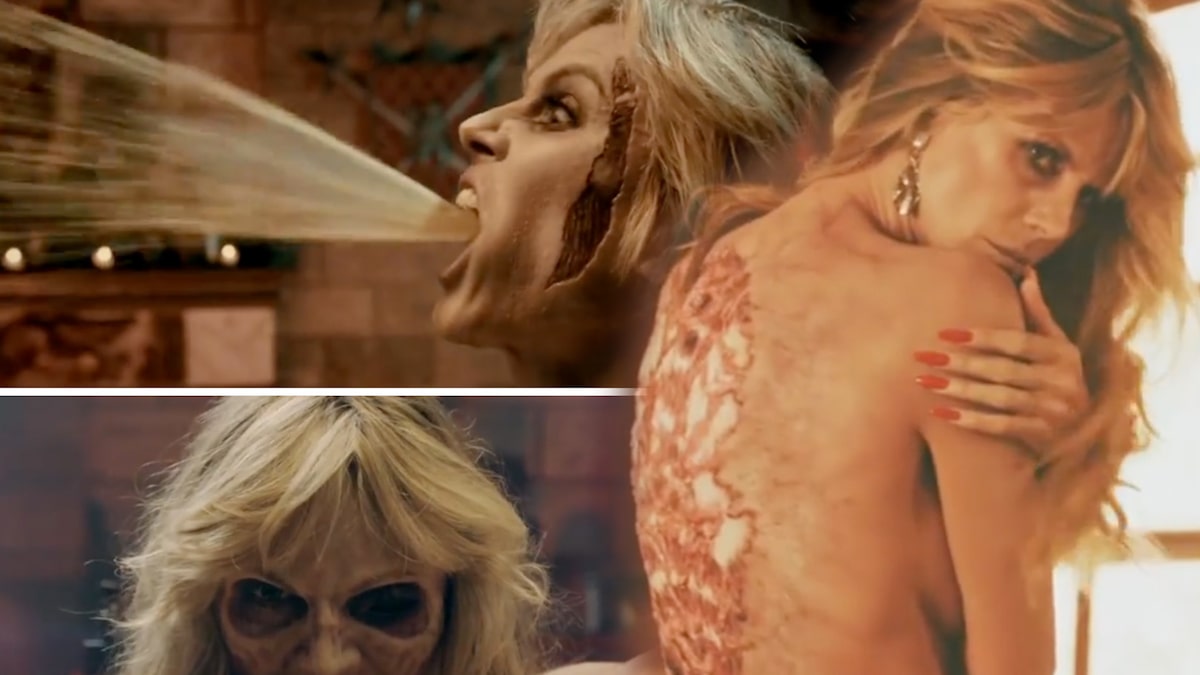 The semi-NSFW video features her children — and includes nods to Psycho, Night of the Living Dead and The Exorcist.

The Queen of Halloween may not be throwing a party this year, but she’s still celebrating as only she could.

For the second year in a row, Heidi Klum canceled her epic bash due to Covid and released an over-the-top Halloween video filmed at home instead. In a new short film titled “Klum’s Day,” the model continues the story started in last year’s video — which revolved around her possessed kids killing both her and her husband, Tom Kaulitz.

As her children watch “Night of the Living Dead,” their mom crawls out of her grave and returns home as a zombie. Then, she shows some skin while recreating the “Psycho” shower scene — before said skin starts to fall off her body as she continues to decompose.

She loses an ear, chops off a finger and drops that and some of her peeling skin into dinner she’s cooked for her children. During dinner, it’s time for an “Exorcist” reference, as her head does a full 360 turn before she spits up literal pea soup all over her son.

The video — which also includes nods to some of Klum’s favorite horror movies like “The Blair Witch Project,” “Evil Dead” and “Shaun of the Dead” — ends with her vowing to devour her kids, one by one.

“I love you too much to eat you all at once,” she adds, before wishing all her viewers a Happy Halloween.

“Normally I’d be hosting my annual Halloween party on Sunday night … but this year things are still looking a little different,” she captioned the post. “So instead, my family and I want to be the first to wish you a safe and spooky Halloween weekend.” 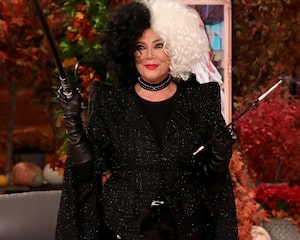 Back in July, Klum explained her decision to cancel her big party again.

“I kind of want to sit out one more year but I definitely, I’m already working on something, because I’m also a creative person, and I live for that, that’s why I get up every morning because I love it,” she added, teasing the video that dropped overnight. “I love doing it to myself. I love watching amazing artists doing crazy things, so I’m definitely doing something because I just have to, for my own, you know?”

Revisit some of her amazing transformations from previous years below. 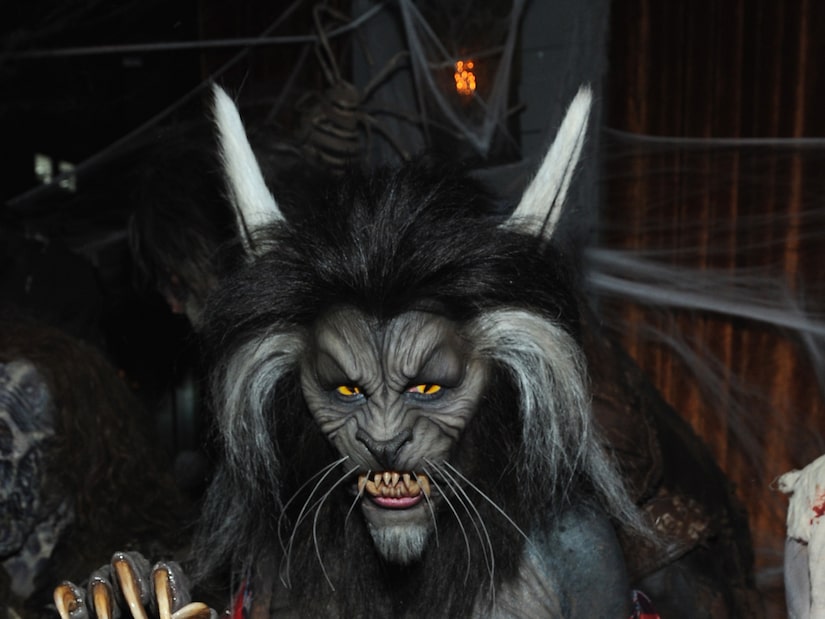