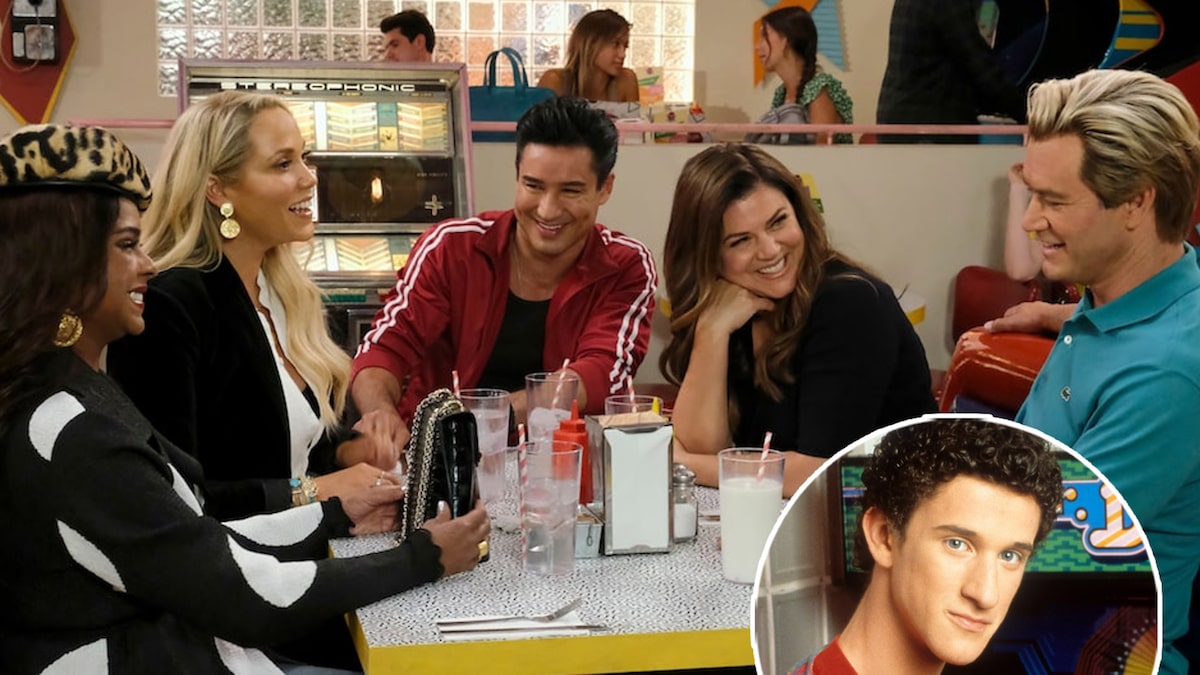 Screech’s robot Kevin even made a cameo as the rest of the original cast reunited.

Dustin Diamond’s “Saved by the Bell” costars reunited in person for the first time in years to film a special tribute to the late actor and his character Screech Powers for the second season of the show’s Peacock revival.

While Diamond wasn’t asked to appear in the first season of the streaming series, the show hoped to include him at some point down the line. Unfortunately, the actor passed away at the age of 44 in February, after a battle with stage four lung cancer. His costars Mark-Paul Gosselaar, Elizabeth Berkley, Tiffani Thiessen, Lark Voorhies, however, honored him at the very end of the Season 2 premiere. 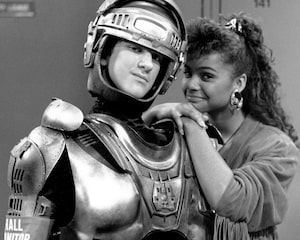 Screech’s fate wasn’t immediately revealed, but viewers knew something was up — as Zack Morris (Gosselaar) and A.C. Slater talked cryptically about the whole gang planning to get together for “the thing at The Max” later. Slater, however, was reluctant to attend the mystery event, telling Zack, “I don’t know, I’ll have to see.”

As Slater and Jessie Spano (Berkley) later talked about students coming to her for guidance while they adjusted to returning back to school after a year of distant learning, she reminded him that “This generation is just more emotionally mature than we were. They get that there’s value in processing difficult things with other people.”

She added, “It doesn’t have to be a therapist, it could be a friend. I think when we’re all together tomorrow …” — before he cut her off, saying he likely wouldn’t be attending their reunion. “You have your way of dealing with things and I have mine,” he told her. 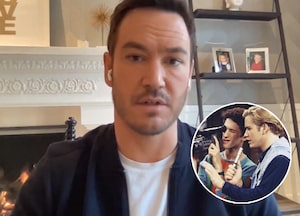 By the end of the episode, after seeing Jessie’s words in action with some of the students, he came around. “You were right,” he told her, “the only way through hard things is together.”

The final moments of the episode showed Slater, Jessie, Zack, Kelly (Thiessen) and Lisa (Voorhies, reuniting with her costars in person after appearing via FaceTime last season) meeting up at The Max, where Max unveiled the latest addition to the menu: Screech’s Spaghetti Burger.

This appears to be a reference to an episode of the original series where Powers had the school going crazy for his “Chef Screech’s Super Spaghetti Sauce,” which he whipped up for a cooking segment on Bayside’s morning show. As they mass produced the sauce, however, they learned his grandmother had stolen the recipe from a Betty Crocker cookbook. Classic Screech.

It’s Screech’s robot Kevin who brought the group their meals, with Kelly telling the android he looked amazing. “Thank you, I’ve had some work done,” the robot replied, while Kelly joked, “Haven’t we all.”

As Slater ate the burger, he remarked that it was “a little weird, but great” — while Lisa added, “Kinda like Screech.” The group then reminisced on the good old days, recalling how Screech once became psychic after getting struck by lightning — with Zack asking “Why didn’t we go to Vegas or stop the Gulf War?” — and the time he won Miss Bayside.

“He was so funny,” said Jessie, with Slater agreeing, before they all raised their burgers to cheers their fallen friend. There was no mention of how he died. The episode then ended with a montage of clips highlighting Diamond from the original series.

“Saved by the Bell” Season 2 is streaming now on Peacock. 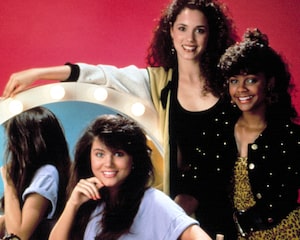