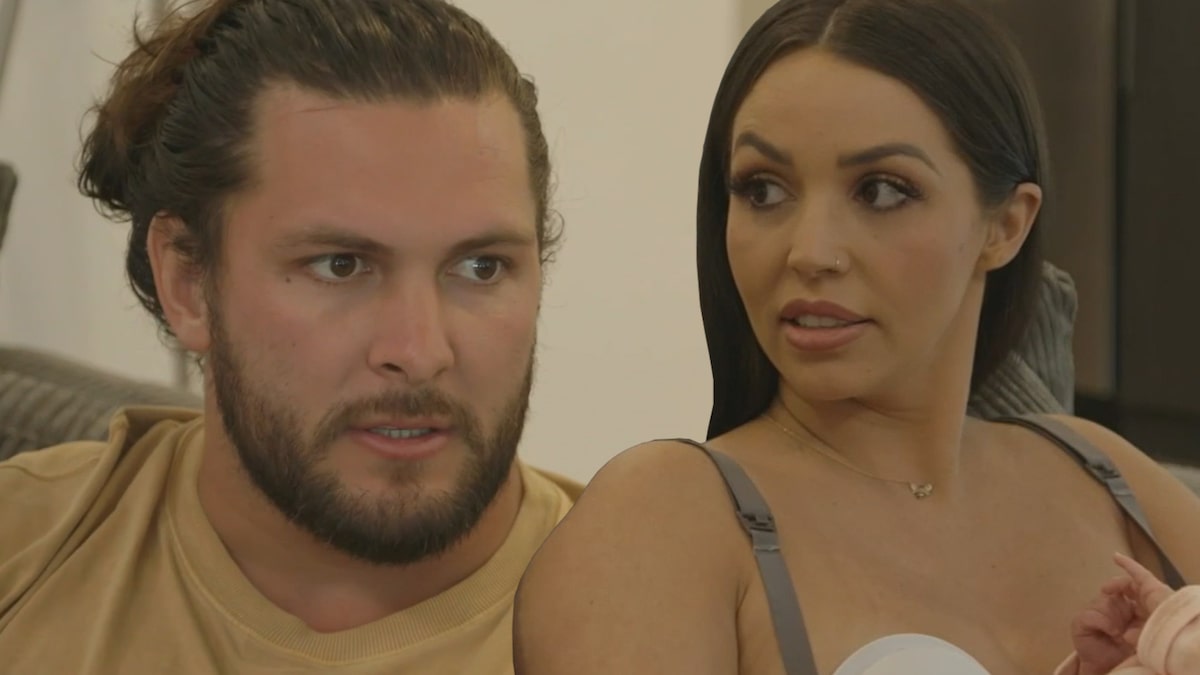 The “Vanderpump Rules” star was also grilled on the recent revelation he hasn’t seen or spoken to his two children in four years during an appearance on WWHL.

Toward the end of Tuesday’s episode of “Vanderpump Rules,” the personal trainer and his fellow cast members gathered at Lisa Vanderpump’s home. After Lala Kent had raised questions earlier about his past, Brock, 31, opened up his previous marriage, admitting that he once “slapped” his ex-wife. 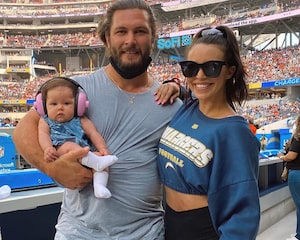 “I’m an open book and obviously, I just want to make sure you guys understand I have a history. But I’ve learned from all my mistakes I’ve made,” Brock explained to the group before he and Lisa stepped away for a private conversation.

Speaking to Lisa, Brock admitted he’s not “proud of some things [he] did.”

“The person I am today isn’t that person I was 10 years ago,” he said to Lisa, 61. “I tried to have a brief conversation with Lala. I thought she would understand — look, it’s more complicated than me kicking in the front door and seeing my kids. The situation between me and my ex was toxic, and yeah, there was an instance one time. And I did slap my partner. I did. I’m not proud of that.”

Brock claimed that the restraining order his ex-wife filed against him wasn’t in response to the domestic incident. He shared more details about the particular situation in a confessional.

“We were 19 and we had an argument and I slapped her. Following that, we moved to France. My little boy was born, we separated,” he recalled. “And then we found out we were pregnant with my little girl. That led to an argument with me and her dad, and they pressed the domestic violence order on me.” 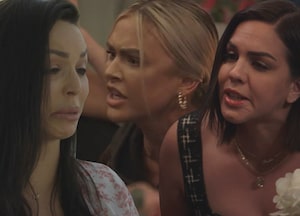 “We separated, she then took my kids away from me,” Brock told Lisa. “I then needed to go to court, appeal it. We went to court and it was lifted.”

It was previously revealed on an episode earlier this month that Brock hasn’t seen or spoken to his two children Eli and Winter — whom he shares with his ex-wife — in four years. During their conversation, Lisa asked Brock why he’s unable to see his kids if the domestic violence order had been removed.

“When I left Australia to come on the dream to do better for my whole family, in that time of me being over here, they were with their stepdad. They had a new life. They had their lives in Australia,” he said, sharing that his ex-wife remarried and had a daughter with her now-husband.

Brock broke down and became emotional as he continued, “I just feel like I’m not entitled to have these feelings because my kids, they’re the ones that missed out on this.”

Lisa then asked Brock the most “important” question: how much does he love Scheana?

“She’s my everything,” said Brock, who shares 6-month-old Summer with Scheana. “Deep down, she just brings the best out of me and that’s what I want to be for my family and everybody.”

Scheana, 36, defended her man throughout the episode.

Meanwhile, on Tuesday night’s episode of “Watch What Happens Live with Andy Cohen,” Brock was grilled by Andy about his estrangement from his kids.

When asked if he FaceTimes with his children, Brock — who was joined by Scheana on the show — said, “Not right now. … The kids in their environment now, they have a great stepdad and their mother and that’s their family. So trying to reconnect right now is the toughest part about it and that’s what got me in trouble, trying to explain all of this.”

“It’s not a simple relationship breakup,” he continued. “This happened seven years ago and we’ve gone through it since then. It’s been an issue and out of respect for my ex and the kids, I gotta try to walk that tight line.”

The former professional rugby player shared that his ex-wife, whose identity hasn’t been revealed, has kept him from speaking or reconnecting with his children. “She said, ‘Look, once you fix up on this, which is the child support issue, fix that up, then we can have more of an in-depth conversation.’” 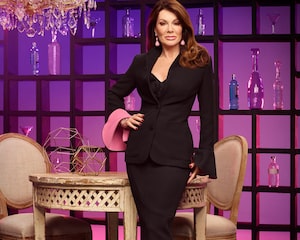 “And you haven’t fixed that up?” Andy asked, to which Brock replied, “We’re nearly there but not yet.”

Brock said he last spoke to his wife before Season 9 of “Vanderpump Rules” began. He recalled, [She said], ‘Look, this is what you need to do to prove to me that you can be a better person. You want to be in the kids’ life. Take care of child support first. And then we can talk after.’”

Andy went on to press Scheana on whether or not her fiancé’s past “concerns” her at all.

“I know who he is, I know the heart that he is and the father he is to Summer,” she explained. “I know he has done the work to get to where he is now, and I’m not worried about his past. I believe people can absolutely grow.”

Scheana and Brock started dating in November 2019. The couple announced in October 2020 that they were expecting their first child together after Scheana had previously suffered a miscarriage. Scheana and Brock welcomed baby Summer in April 2021 and got engaged in July. 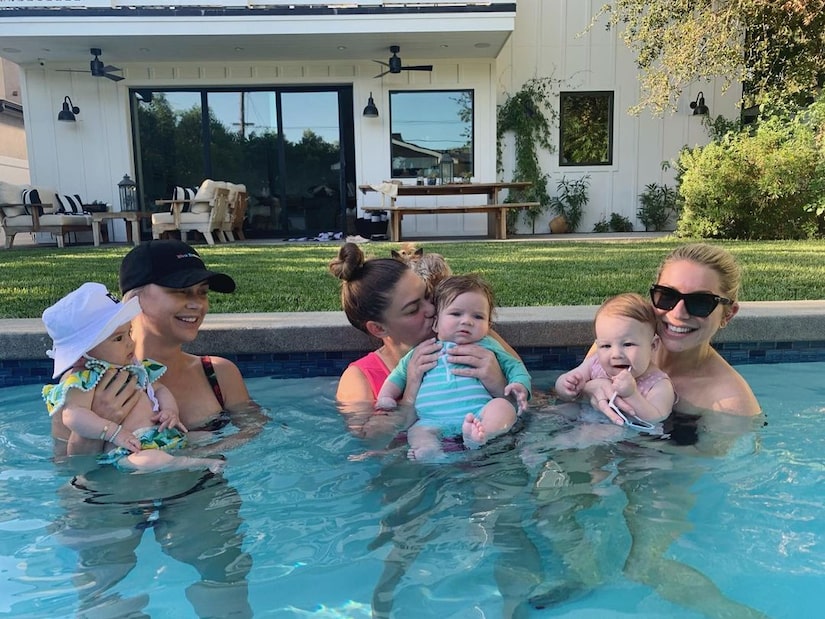