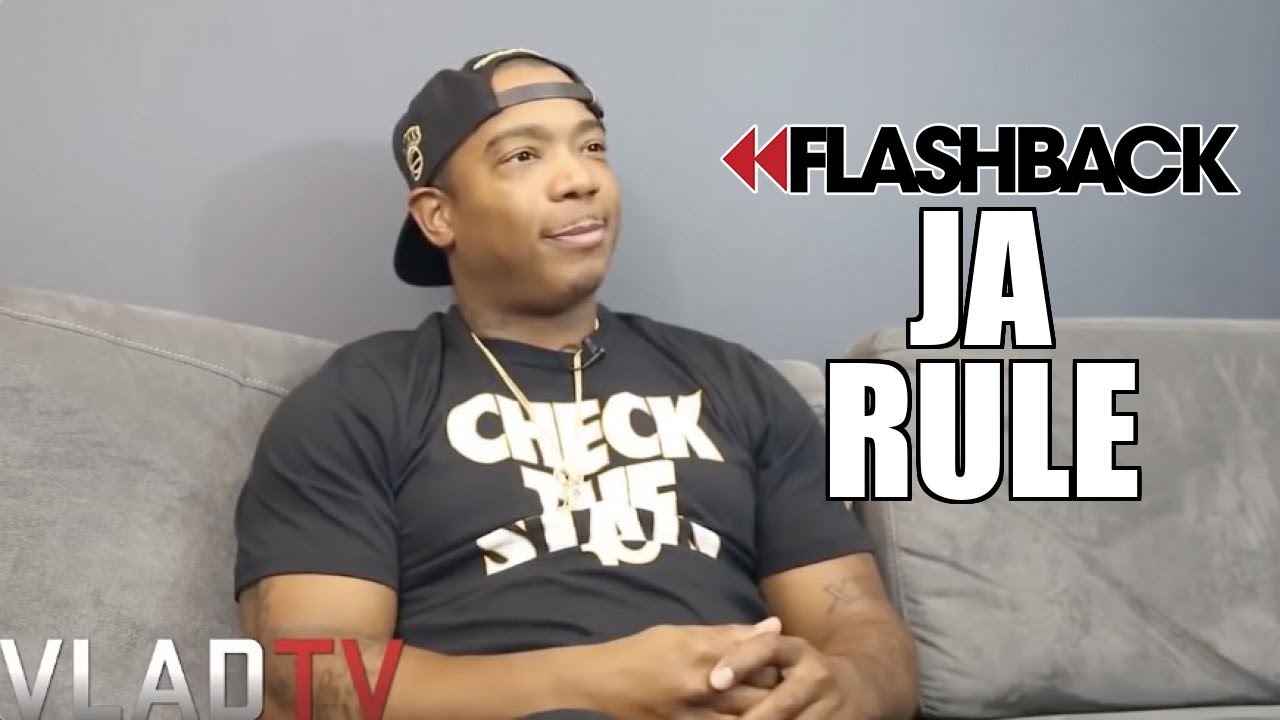 In this flashback, Ja Rule started off speaking about how his beef with 50 Cent started, and Ja Rule explained that their story about how things originated differ. Ja Rule explains that 50 Cent’s version is “foolery,” and he went on to detail how things unfolded from his point of view. Ja Rule stated that a guy that he was down with got out of jail and came to see him the night he got out, accusing him of sleeping with his girl while he was locked up. Ja Rule said the guy held him up for his chain during an “emotional” moment, and Ja gave up his chain. From there, Ja Rule and his crew called up Black Just and Supreme to ask about the guy, who was their associate. Ja Rule said that they immediately gave him his chain back, and he added that the story got back to 50 Cent, who claimed that he was involved in taking the chain. During the conversation, Ja Rule stated that he hates that he’s always connected to 50 Cent via their beef, and he stated that 50 has always found a way to backstab people who have helped him in his career. To hear more, including Ja Rule speaking about running into 50 Cent on a flight, hit the above clip.