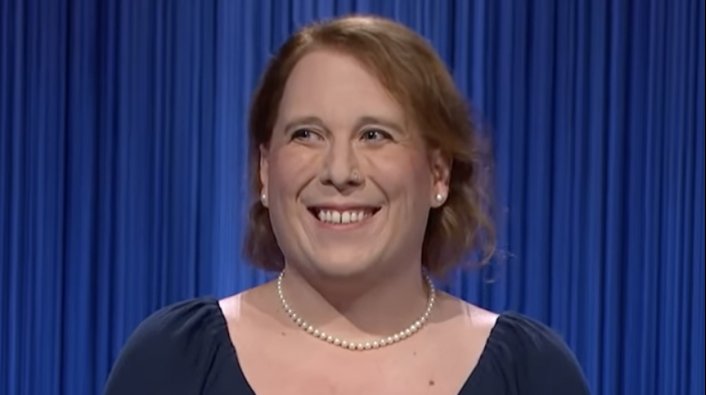 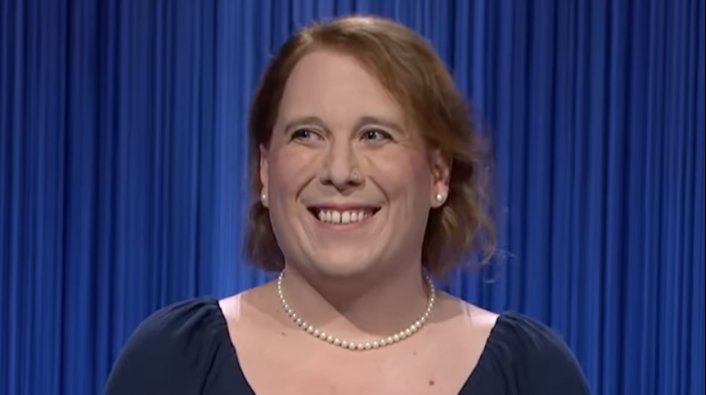 Jeopardy‘s current titleholder, Amy Schneider was robbed at gunpoint in Oakland, California over the weekend.

Back in November of last year, the engineering manager made headlines on the iconic game show for winning eighteen games in a row and for becoming the first-ever transgender contestant to appear in the “Tournament of Champions.”

But, apparently becoming the show’s top-earning female put a huge target on her back in her hometown, because she was robbed of her ID, her cell phone, and all of her credit cards by two unidentified violators. After taking a few days to get over the initial shock, the winningest female in the history of Jeopardy took to Twitter to address the crime to her followers.

“Hi all! So, first off: I’m fine. But I got robbed yesterday, lost my ID, credit cards, and phone,” Schneider announced. “I then couldn’t really sleep last night, and have been dragging myself around all day trying to replace everything.”

She has since reported the incident to the Oakland Police Department. The investigation is ongoing.

Keep it locked for more on this developing story.