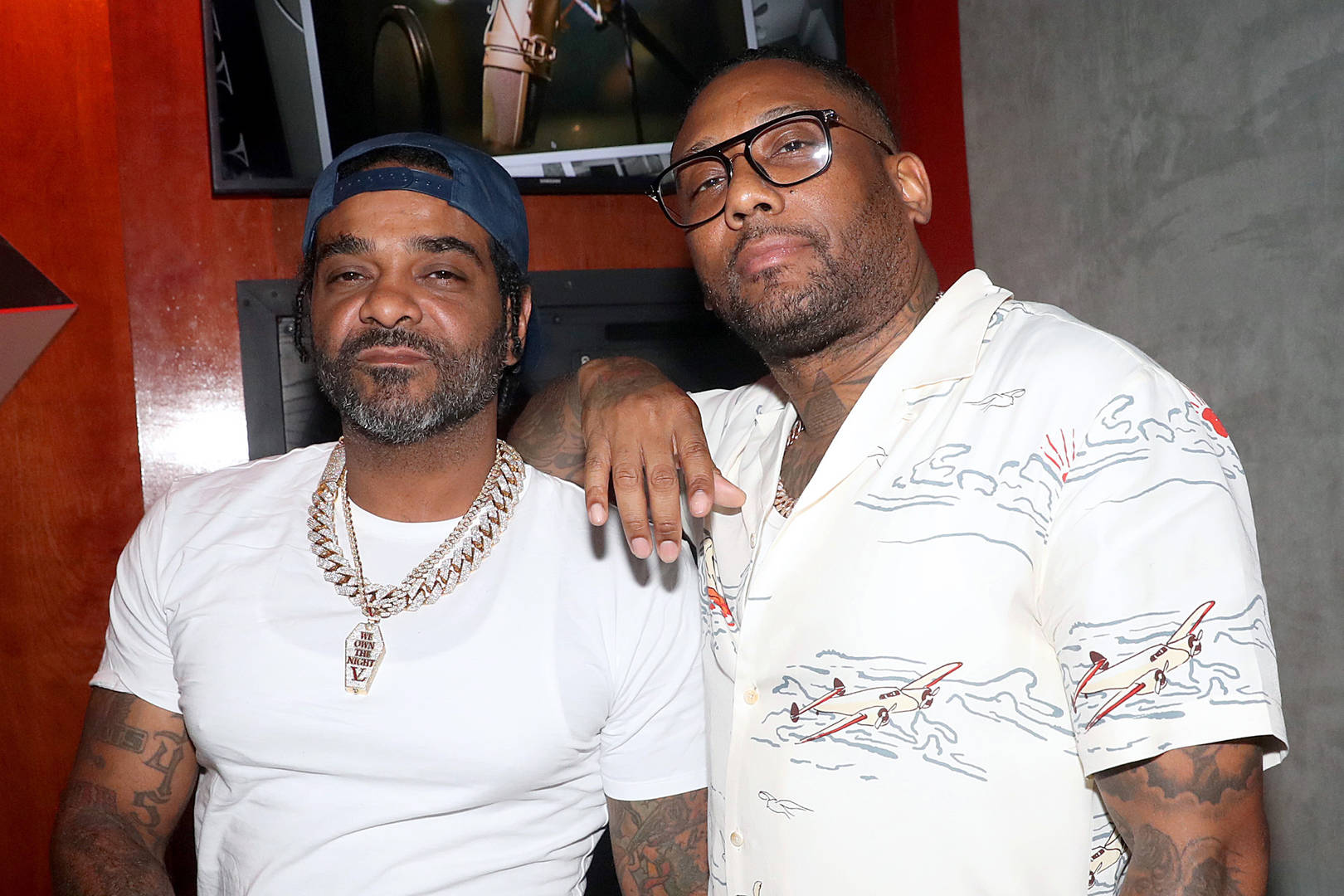 Jim Jones and Maino hit their two-step in a hilarious video.

Jim Jones and Maino have been in synch recently. The two New York heavy hitters teamed up to form The Lobby Boyz, and dropped an album under the same name last month. As the project highlighted, their lyricism and flows match perfectly. Now the two are showing off their teamwork in an entirely new medium: dancing.

Jim Jones went on Instagram to post a video of himself and Maino practicing their two-step. Jones captioned the video, amused by their own antics: “Lol naaaah they caught us practicing our #sturdy2step lol.” He then cracked a joke, “Lookin’ like the Temptations trying to get our dance moves right lol.”

It’s clear they’re having a good time in the video, even if their choreography isn’t exactly as good as their rapping. The two shout directions at each other as they try the two-step a few times.

Jones and Maino‘s Lobby Boyz has seen a lot of acclaim. The album includes features from Benny The Butcher, Fivio Foreign, Styles P, Capella Grey, Fabolous, Young M.A., and more. The two released a few hard-hitting singles off the project before it dropped, including “Lobby Boyz Anthem” and “Slide,” which featured Fivio. Jones was certainly proud of the record, taking to Instagram and writing, “God is good u can’t stop greatness @thelobbyboyz bring the city out.” Fittingly, the album cover shows the two superimposed over their hometown’s skyline.

Watch Jim Jones and Maino show off their moves below. What do you think- do they nail the two-step?