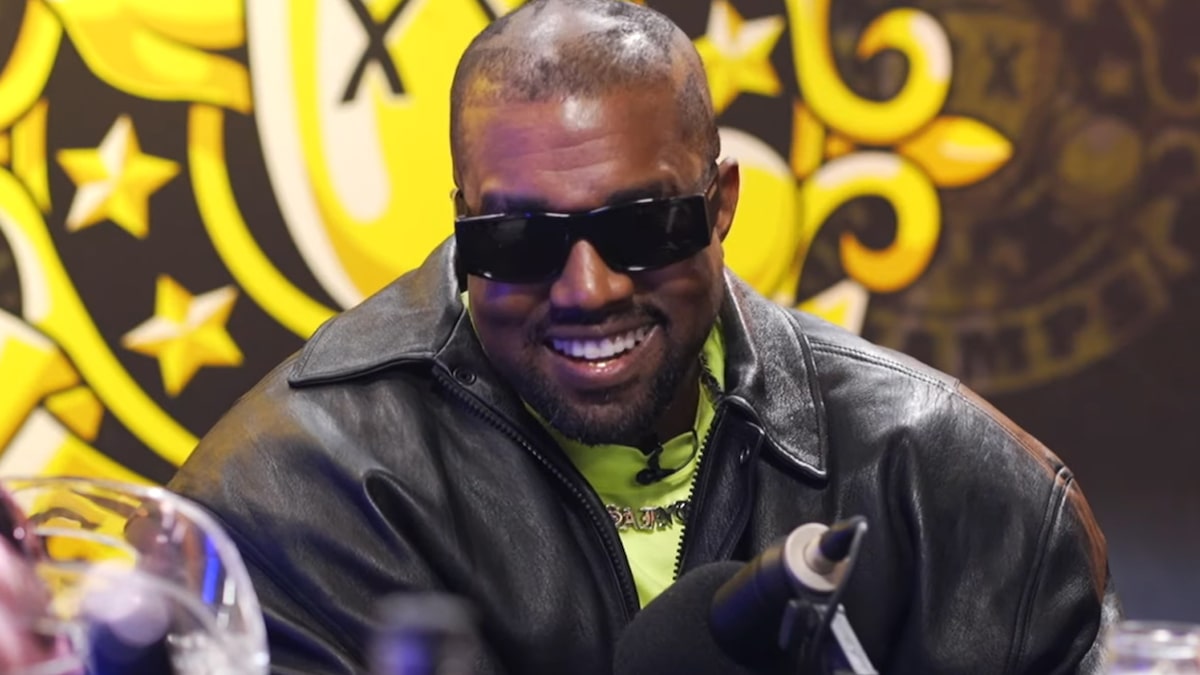 “I had this conversation with Drake that’s like, ‘I never f—ed Kim…’”

Kanye West sure spoke his mind when he sat down for a nearly two and a half hour interview with the Drink Champs podcast on Thursday night.

Among the many revelations in the extensive conversation: he confronted Drake over rumors the rapper and Kim Kardashian hooked up, rumors Kim previously denied and West slammed Drake over for not squashing them at the time.

“I had this conversation with Drake that’s like, ‘I never f—ed Kim,’ but I was like, ‘But you acted like you did,’” said West, before citing lyrics of songs like “Greece” and “Sicko Mode.” While Drake confirmed nothing happened between the two, West said that even putting the idea out there in the first place was “disrespectful”

“We had this conversation. Did you ever DM her? Everything else around in. ‘Cause it ain’t about just the actual act of it,” he added.

“The anticipation of something is what we live in. Now is the shortest moment of our life. You could be sitting there like, ‘Did he? Did he not?’ That’s worse than if you did … I would rather you did and I actually [knew], deal with the finality because my mind, I’m like a Xerox printer.”

“Sicko Mode, they would play it at the kids’ party, so I’d have to bring my kids to a party with this man threatening my life on the song, ‘Welcome to Calabasas,’” he added, “and then they wonder why you end up in a hospital. It has to be some kind of respect.” 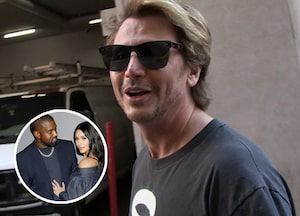 Speaking a bit more about Kim and the couple’s split, West said nothing has been finalized — before taking a jab at her “Saturday Night Live” appearance.

“SNL making my wife say, ‘I divorced him,’ on TV because they just wanted to get that bar off, and I ain’t see the papers. We’re not even divorced,” he claimed. “They ain’t no joke to me. My kids want they parents to stay together. I want us to be together.”

West also addressed his recent controversial appearances with Marilyn Manson — who has been accused of sexual misconduct by multiple women — and DaBaby, whose homophobic comments have sparked serious backlash. 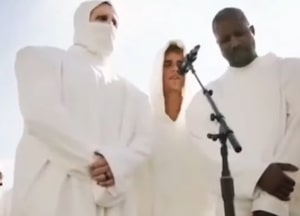 “All the #MeToo – like, when I sit next to DaBaby and Marilyn Manson, right after both of them got canceled, for five songs, you know, it’s like they can’t cancel a song,” said West. “They’ll hit you with the accusations or somebody that you was with 10 years ago. And also, it’s like, there’s women who’ve been through very serious things, pulled in alleys against they will – that’s different than a hug, but it’s classified as the same thing. It’s power and politics.”

“You know, power-hungry maniacs and just, control. This is 1984 mind control that we in,” he added. “They can’t cancel us all.”

During the lengthy chat, West also revealed he has only received one dose of the Covid vaccine, joking he’s “half-cinated.”

Kim and the couple’s kids Saint and North West all caught Covid, as did Khloe Kardashian and daughter True — all of which was documented on the family’s E! reality show. Khloe recently revealed she and True also had a breakthrough case after getting vaccinated, for which they are still quarantining.

Watch the full Kanye interview below.