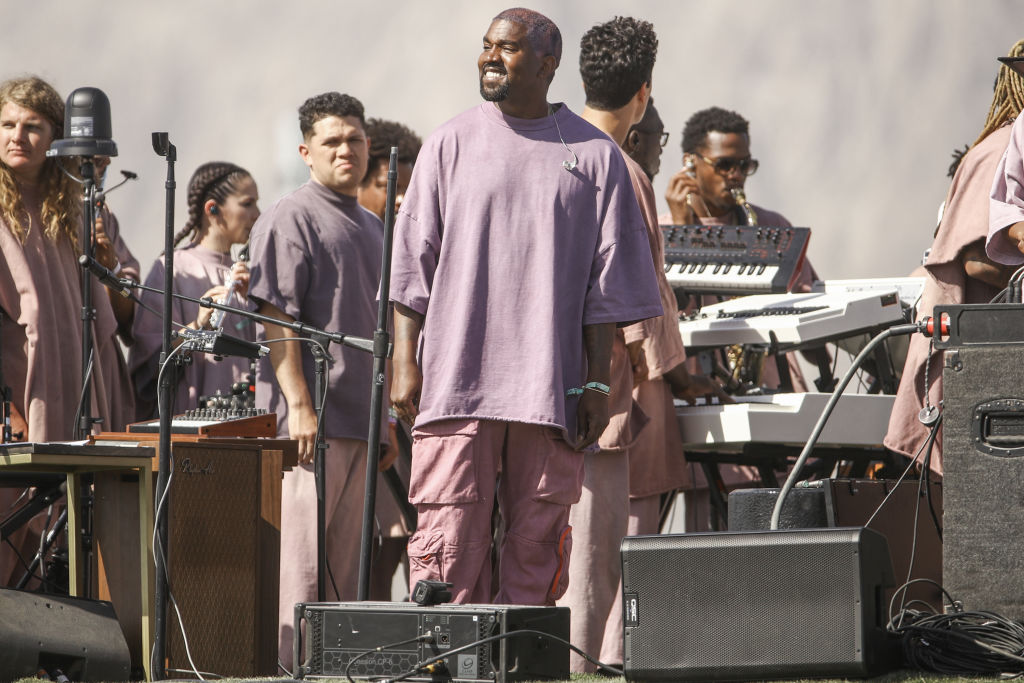 Kanye West may be staying out of the spotlight for now, but that doesn’t mean that the 44-year-old is staying out of trouble. According to TMZ, Ye is being sued by a pastor over one of the tracks on his Grammy-nominated DONDA album for sampling without permission.

Legal documents obtained by the outlet reveal that Bishop David Paul Moten is suing the father of four over “Come To Life,” which he says uses his voice and one of his sermons both in the intro as well as looped throughout.

According to Moten’s lawsuit, “70 seconds of the five minute and 10-second long title” use his content, amounting to more than 20 percent of the song. The Bishop condemned Ye and the music industry for the way that they “willfully and egregiously [sample] sound recordings of others without consent or permission.”

The lawsuit also names UMG Recordings, Def Jam Recordings, and G.O.O.D Music with the defendant seeking damages from all parties.

As HipHopDX reports, this isn’t the only musical beef that Ye has been hit with recently. “Tide Pen” rapper Smokepurrp claimed that the Yeezus hitmaker owes him approximately $9 million over alleged unpaid songwriting credits from 2018’s “I Love It.”

In other news, D.L. Hughley chimed in on Pete Davidson’s new neck tattoo, which apparently pays tribute to Kim Kardashian and the four children she shares with Kanye West – read more about that here, and tap back in with HNHH later for more hip-hop news updates.