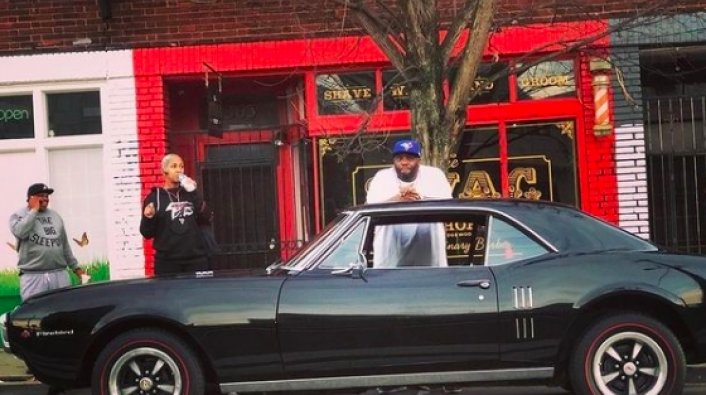 Previously, Killer Mike revealed that his barbershop was vandalized by a conspiracy theorist named Druce Wayne. Mike went on to say people should help the man seek help for his mental illness. Now, the artist and business owner has given an update on the status of his shop.

Via Instagram, Killer Mike revealed SWAG barbershop got a new coat of red paint along with other updates. “God is good. Me and Shay wanna say Thank U @theswagshopedgewood @symphonythompson @kodakrome3x5 @gabtayouthbuild,” said the rapper. Take a look above.

Killer Mike’s barbershop in Atlanta has been a pillar of the community, but it seems not everyone feels that way. Recently, the ‘Run The Jewels’ rapper showed photos of his shop and the aftermath of being vandalized by graffiti.

The rapper took to Instagram to show the photos, and pointed out the white man who he says committed the crime against his shop. Mike said “A mentally disturbed White Man who Calls himself “Druce Wayne” did this to our Shop downtown. He lives in the delusion he is Kurt Cobain and somehow i am involved in a conspiracy to keep him silenced. I am angry and beyond upset.” Mike then went on to call out people who know the man, asking them to get him help with his mental illness. “I encourage all to check on your mentally ill loved ones because the world may not be as understanding as me,” said Killer Mike. Take a look above.