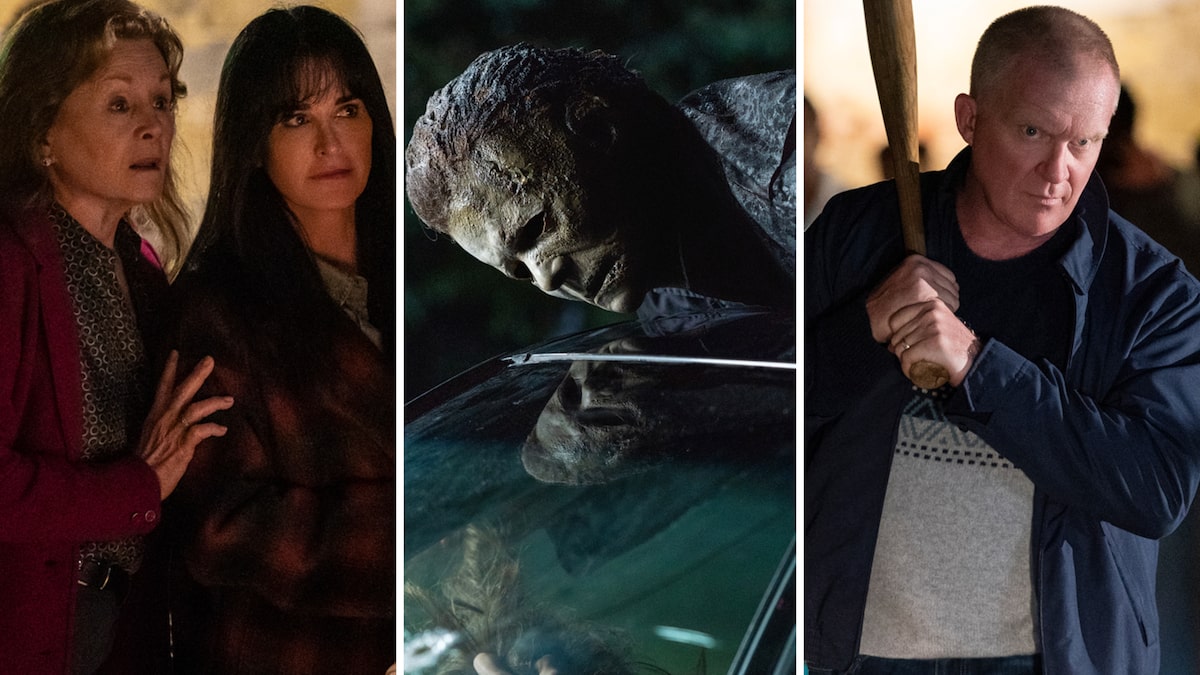 See who may or may not be back for “Halloween Ends.”

Jamie Lee Curtis’ Laurie Strode spent most of “Halloween Kills” laid up in the hospital — and that probably secured her safety and a spot in the final film of the new trilogy, “Halloween Ends.”

This time around, Strode took a backseat to the other residents of Haddonfield, including a few characters who also survived his 1978 killing spree. Kyle Richards (yes, she of “Real Housewives of Beverly Hills” fame) reprised her role as Lindsey Wallace from the original — while Charles Cyphers and Nancy Stephens also returned as Sheriff Brackett and Marion Chambers, respectively. Anthony Michael Hall, meanwhile, stepped into the role of adult Tommy Doyle, the boy Laurie was babysitting that fateful October 31st.

Of the returning characters, though, not all of them made it out alive. Just in case this wasn’t already obvious, spoilers ahead! 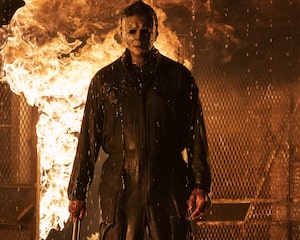 11 Brand New Horror Movies You Should Be Watching This Halloween

Richards’ Lindsey goes on the attack on Michael, doing her best to stop him from killing even more people after the events of the 2018 film. Eventually she realizes she’s fighting a losing game and after getting smashed into a car — and Kyle breaking her nose for real in the process — Lindsey makes a run for it, hiding out in a riverbed until the coast is clear.

Speaking with TooFab, Richards said she couldn’t wait for fans to “find out that I’m alive,” after many speculated she’d bite the dust after seeing the first trailer for the film. “I did not want a death scene for sure.  I wanted to keep coming back,” added Richards, who believes her survival was in the script from the very beginning.

Seeing as how she didn’t actually have any scenes with her former costar Curtis in this one, we had to ask whether Lindsey could return in “Halloween Ends.” Her coy answer: “You never know.” TooFab also posed the question to Curtis, who responded with the exact same answer and simply crossed her fingers. 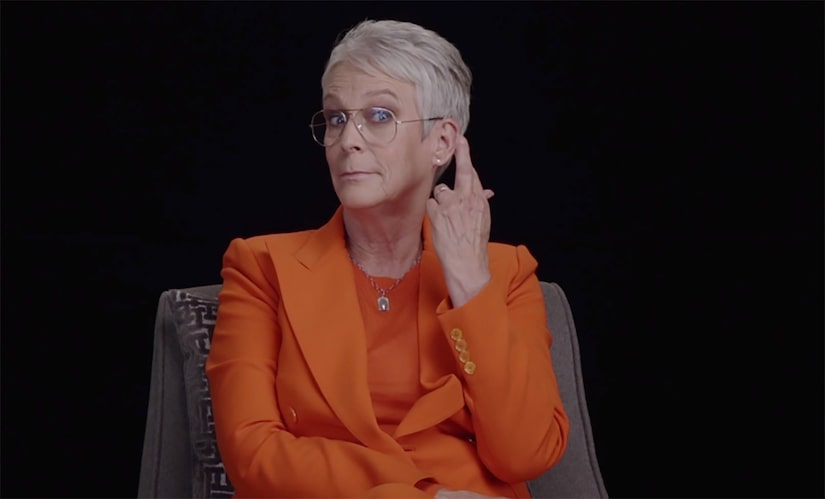 Tommy Doyle, Marion Chambers and, most shocking of all, Karen (Judy Greer) weren’t as lucky.

While the character of Doyle has survived two different films so far — “Halloween” and “Halloween 6: The Curse of Michael Myers,” where he’s played by Paul Rudd (!) — this movie ends with his death. Chambers, meanwhile, falls victim to Michael yet again, after previously dying at the very top of “Halloween: H20.”

For Hall, his death did come as a bit of a surprise to him — because the studio withheld the end of the script. 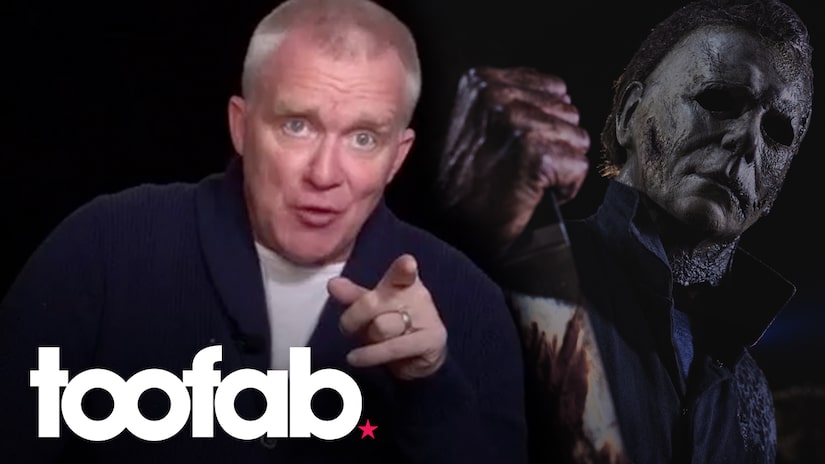 “I’ll be very honest. What the studio very wisely did, is they kept it under wraps. In other words, most of the script — 98% of it — was released to all of us, but very few people had those last 10 pages, so to speak,” he explained. “So it kind of came to me late.

“I’m just so grateful for this, I can’t even tell you,” he added, “I’m just so jazzed about being in this so I just gave it my all, man, I just went at it and that’s kind of my, my outlook on this business. I’ve always had kind of a workman’s attitude about it and I approach it, not unlike an athlete, you just kind of go season by season, give it your best, you never know where you’re gonna wind up — if you’re on a new team or if you’re on a winning team — I just really, I like to attack the work.”

When asked if it’s a badge of honor to have a badass kill from Michael on your resume, Hall said it “totally” was.

“This movie, it’s just a freight train, isn’t it? It’s a real thrill ride …  [Director David Gordon Green] really worked with that awareness, they had to, right?” he added. “Because it’s such a beloved franchise but this movie ticks all those boxes. It has all the, the genre things that people expect from this franchise, and at the same time it really interesting ensemble drama.”

Though it sure looked like Tommy was dead dead, we also thought the same about Will Patton’s  Deputy Frank Hawkins — who somehow lived after having his throat sliced. Should fans hold out hope the same could happen to Tommy, leading to an appearance in “Halloween Ends”?

“From your lips to God’s ears and Jason Blum’s inbox,” joked Hall. 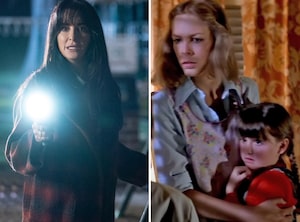 Speaking with Screen Rant, meanwhile, Greer was asked whether there was any hope she could still return … despite being brutally stabbed in the final moments.

“I have been told nothing of the sort, but I believe in hope,” she said with a laugh. “I’d be so bummed out I don’t get to go and play with everybody, they’re my family now. But I don’t know man, I was sad. When it was time to start getting ‘Halloween Kills’ together to shoot, David Gordon Green called me, he’s like, ‘I’m gonna send you the new script of the new movie and I’m just gonna tell you right now someone had to go and it’s gonna be you’ and I was like, ‘Aww man!’ So at least he warned me, which was good.”

In a press roundtable, Blum himself acknowledged that “just because you die, doesn’t mean you don’t come back.”

As for any future victims for Michael, Green said fans probably should expect any cameos for the next film — as names like Danielle Harris and Josh Hartnett have continued to make waves on social media.

“We don’t have any big intentions for any clever callback characters in ‘Halloween Ends,” he told TooFab, “but you never know, sometimes my nostalgia gets the best of me, so we’ll see.”

“Halloween Kills” is in theaters and on Peacock now. “Halloween Ends” is due out 2022.