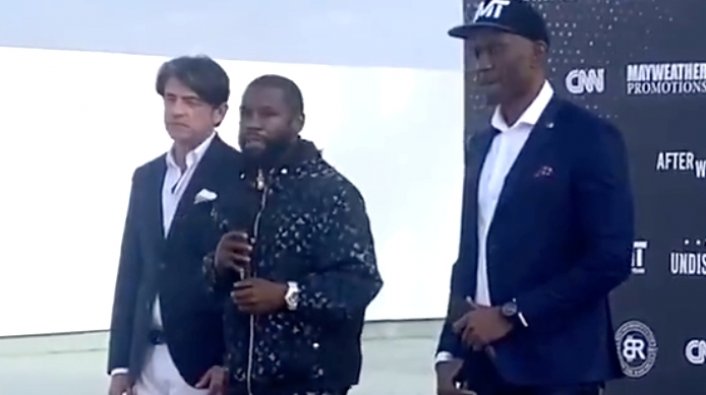 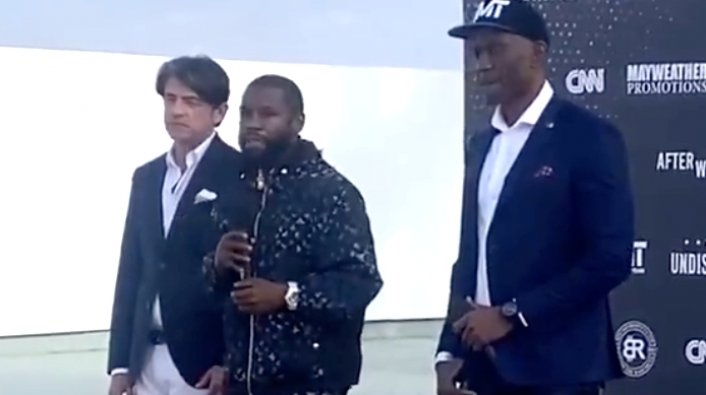 Floyd Mayweather addressed a potential fight with YouTuber Reshad “Money Kicks” Belhasa, who currently holds a 2-0 record as an amateur boxer. Belhasa has fought in the “Social Knockout” events staged in Dubai, and Mayweather has expressed putting on an exhibition in Dubai.

During a recent press conference in Dubai, Mayweather revealed, “I spoke with James McNair [a Mayweather advisor] about Money Kicks.” He added, “We don’t really know, I think since he’s from here it would be great, it’s going to be a very special crowd, not too many people.”

Mayweather closed by saying, “So if you get a chance to come here, you must know that you’re very, very special for this event. But the kid Money Kicks is doing great things and I’m liking what I’m seeing.”