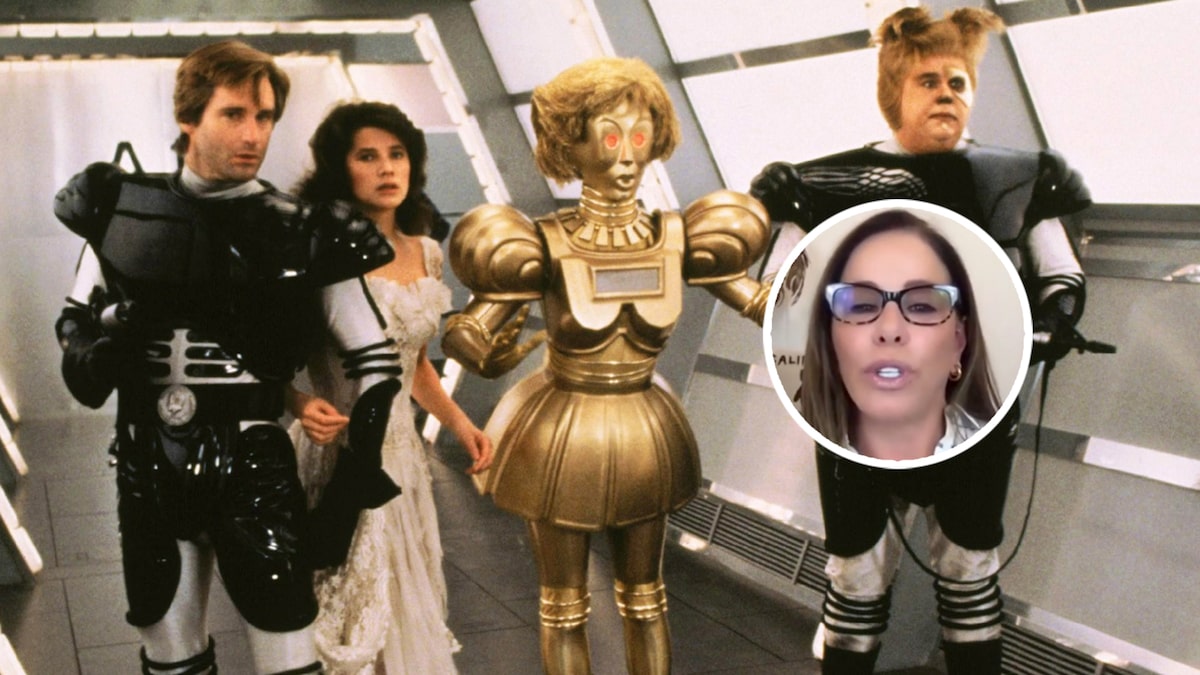 She also showed off her best Joan impression.

Melissa Rivers would be open to honoring Joan Rivers’ memory by playing her late mother’s character in any possible “Spaceballs” reboot.

Appearing on the most recent episode of “Podsauce,” hosts Dax Holt and Alesha Reneé brought up how popular reboots and sequels are right now and asked whether Melissa would be down to step into Dot Matrix’s gold boots should one for the 1987 ever come to fruition.

“Oh god, it would have to be a voiceover because that wasn’t her in the costume,” Rivers reminded the hosts. “I suppose, I would hope that they do a 2.0 version and let me use my voice, but if not I can do a pretty good imitation.”

Of course, you can’t say you do a “pretty good imitation” without proving it — so Holt asked Melissa do to just that.

So… will there be a Spaceballs 2?! #MelBrooks says… pic.twitter.com/Ei89hTJLD7

Although Melissa would down for Dot 2.0, there, of course, is no real traction on a “Spaceballs” sequel.

In 2017, director Mel Brooks expressed interest in making one and even claimed MGM was keen on it too. “Indeed, I’ll make the film,” he said at a “Young Frankenstein” screening. “MGM is quite entertained by it due to the new Star Wars films. That is the reason we’re right now discussing it.”

Rivers passed away in 2014, at the age of 83. Costar John Candy also died in 1994, while Rick Moranis all but retired from the spotlight years ago, following the death of his wife. Should a sequel happen, some new faces would need to be involved.

While Melissa’s episode of “Podsauce” dropped earlier this week, the extended cut drops Friday, October 15 at 6am PT. You can watch it below then!