They were en route to Boston to watch the Houston Astros take on the Red Sox tonight.

Twenty one people had a miraculous escape on Tuesday when their plane crashed and burned up in Texas.

The McDonnell Douglas MD-87 — which can carry up to 130 passengers — got into difficulty as it attempted to take-off from Houston Executive Airport just after 10 AM, crashing into a nearby field.

Pictures from the scene show firefighters still battling the blaze, the flaming wreckage almost completely eviscerated, its tail all that remained. 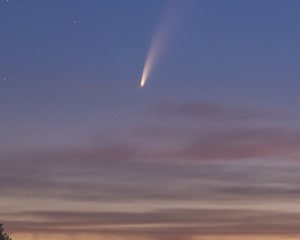 The plane was carrying 18 Houston Astros fans to Boston for Game 4 of American League Championship Series against the Red Sox — one as young as ten.

All 18 plus the three crew members escaped with their lives, with only one person suffering minor injuries.

According to ABC News, the aircraft’s registered owner, Flair Builders CEO J. Alan Kent was one of those who escaped.

Local utility company CenterPoint Energy said more than 1,800 residents were left without power because an overhead powerline had been taken out during the impact; it is not known if this contributed to the crash.

“Anytime you have plane that doesn’t make a landing on the runway like its supposed to, we’re always expecting the worst and hoping for the best and today, we absolutely, positively got the best outcome we could hope for,” Emergency Service District Director Tim Gibson told  KPRC2.

The National Transportation Safety Board and FAA are now investigating the cause of the crash. 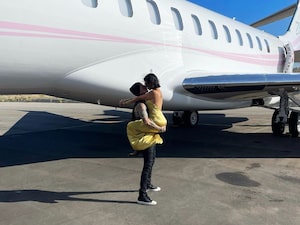