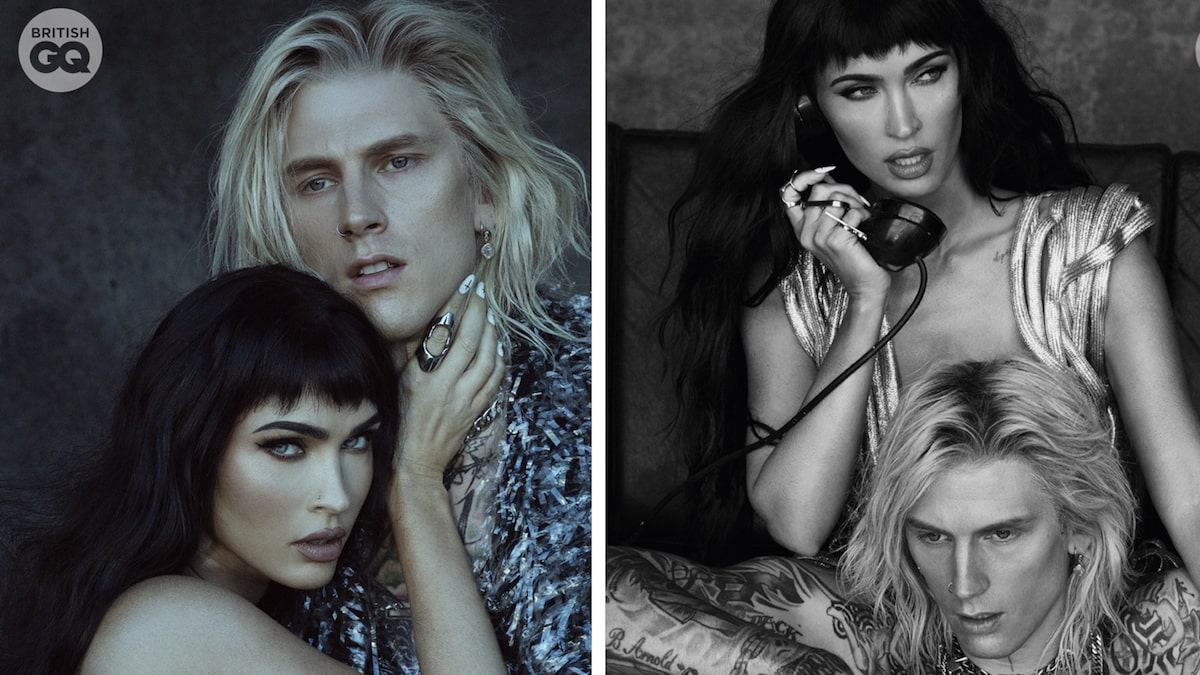 The two reveal they got matching tattoos and open up about their very untraditional romance.

Megan Fox and Machine Gun Kelly are taking their love to GQ Style, covering the latest issue of the publication with one sexy photoshoot.

In one of the cover images, Fox wears nothing but a black strappy top and no bottoms, while holding a gun up to MGK’s crotch. He, meanwhile, wears an oversized jacket and thigh-high boots, cigarette in mouth.

In additional photos, she’s seen putting her hand around his throat … or answering a phone as he sits between her legs. 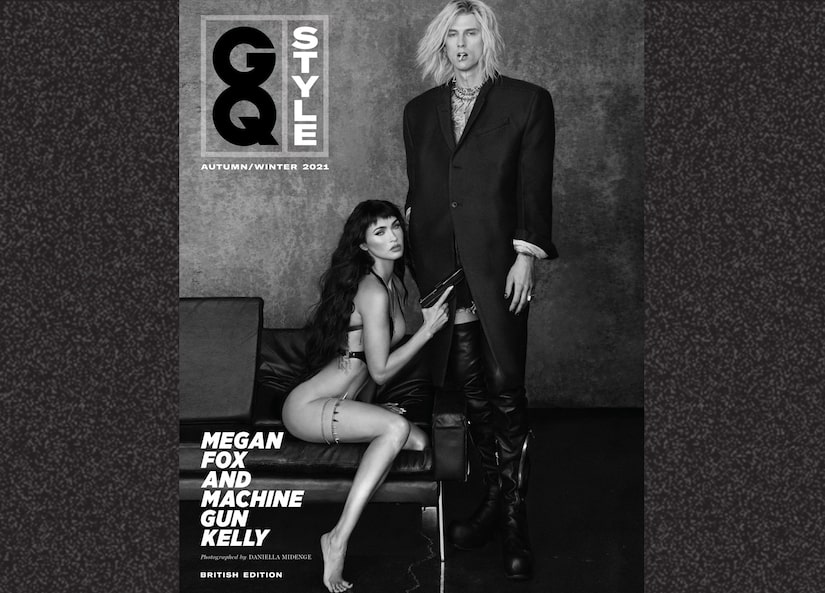 As if the sizzling spread wasn’t enough, the two were also interviewed for the publication — which followed the couple as they recently gave each other matching tattoos.

What’d they give each other? The phrase, “The darkest fairytale,” which Fox said, “alludes back to one of the first text messages we ever sent each other.” The magazine also described how MKG got his on his pelvis — and, since they were hoping to get them in matching spots, Fox presumably put hers there as well.

While the two met on the set of the film “Midnight In The Switchgrass” in 2020, they revealed that they actually ran into each other once before at a GQ event … but have barely any memory of that interaction.

“I just remember this tall, blond, ghostly creature and I looked up and I was like, ‘You smell like weed.’ He looked down at me and he was like, ‘I am weed,’” she recalled. “Then, I swear to God, he disappeared like a ninja in a smoke bomb.”

“I think we weren’t allowed to see each other yet. We weren’t supposed to run into each other that night, so our souls, our spirit guides, were luring us away from each other, because you literally had no face, like that thing from ‘Spirited Away,’” added Fox, who was married to Brian Austin Green until 2020. “It is hard to see his face in general, but really he had no face that night.’ Thank God, [because] what torture had I known you were there and I couldn’t get to you. It was better that I didn’t know.” 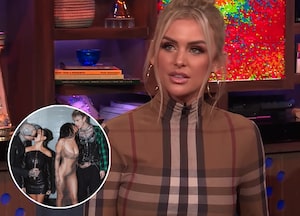 Once they re-met on the set of their film together, the two started a flirty text exchange, which eventually graduated to phone calls and a date. For their first night out together, MGK set up a picnic for them on the side of a canyon, before driving around and winding up on the roof of The Roxy — where they “played pop punk and made out.”

While Fox said she was “open” to the idea of love before the two met, she told the publication she never expected she’d be “walking right into my soulmate like that.”

“I think I had either put myself in, or allowed other people to put me in, this weird box that didn’t quite fit me,” she added of her previous relationships, “where I hadn’t lived my own life as myself for a really long time – the parts of me that were always eccentric or strange and didn’t belong within my own family unit or within Hollywood.” 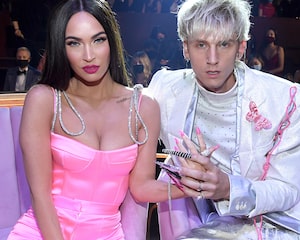 Noting she’s a “famously unusual” presence in Hollywood, she views MKG as her “soul’s reflection.” She added: “I recognize so much of myself in him, and vice versa, and that locked-up part of me that I had put away. I’d always felt like there was that thing missing, that I’d given up on, that you’re always seeking. But then you meet the person that completes that for you and you’re like, ‘Oh, this is what my heart was searching for. That’s what that beacon was this whole time.’”

After Fox said their relationship is “very intense,” MGK added that the two “go to hell with each other” often.

“It’s ecstasy and agony for sure … I don’t want people to think anything’s perfect with us. I didn’t say it was the darkest fairy tale for no reason,” he explained. Added Fox: “There’s also the demonic side.” 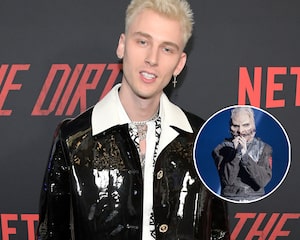