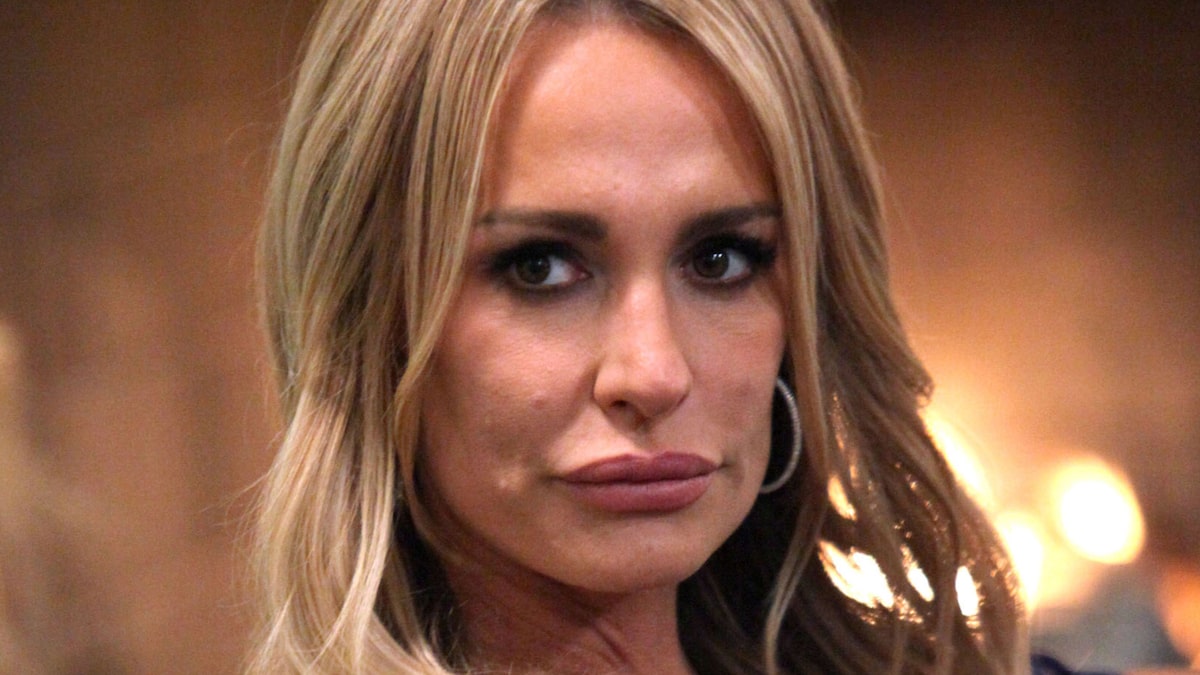 Taylor Armstrong said the cameras “did provide some protection” from his alleged abuse, while Adrienne, Kyle and Lisa Vanderpump spoke privately with producers before Camille blurted it out in front of everyone.

But the cast knew something was up while filming the first season of the show, as revealed in the new tell-all book, “Not All Diamonds and Rosé: The Inside Story of The Real Housewives From the People Who Lived It” by Dave Quinn and published by Andy Cohen Books. The oral history paints an extremely thorough picture of every single franchise of the series, with first-hand accounts from most of the housewives themselves, Andy Cohen, producers, network executives, casting directors and more.

“In the middle of all the arguing with the girls, it was more scary for me to go home to Russell,” Taylor herself says in the book, saying that her ex “believed he would absolutely be loved by America” when they signed on to do the show. Instead, viewers only saw issues in their marriage. 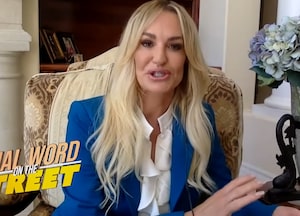 “As we got deeper into filming, we would get calls where Taylor would describe arguments with her husband that were not outright physical abuse but sounded really concerning,” recalled producer Alex Baskin. He claimed production offered to put her and the couple’s daughter Kennedy up in a hotel if she was ever “fearful,” but Taylor would refuse help and chalk their fights up to “misunderstandings.”

Taylor did believe the show’s cameras “did provide some protection” from abuse, but she was still “living in a constant state of anxiety.” She hoped the show would also provide her with her own source of income and, in turn, power — and thought the shooting schedule might “keep him under control.”

As things between the two got worse, producer Chris Cullen said it became “an enormous crisis of conscience” for everyone involved in the show, as it was a bit of an open secret amongst both the cast and crew. Eventually, according to Adrienne Maloof, she, Lisa Vanderpump and Kyle Richards — all of whom Taylor had confided in — spoke with production about what was going on. Production, however, didn’t want to break their trust in speak with Taylor about what they told them and felt they needed Taylor herself to come forward with it on her own.

Eventually, Taylor also confided in Camille Grammer — after Russell allegedly “knocked [Taylor’s] jack out of the socket” — before Camille dropped the abuse bombshell on camera during a tea party at Vanderpump’s home. In the book, both Camille and Taylor say there was a bit of a misunderstanding — where Camille thought Taylor wanted her to talk about the abuse, when Armstrong only wanted her to have her back about another issue with Lisa. 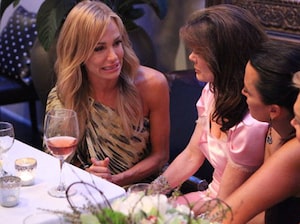 “When Camille said, ‘We don’t say he hits you, but now we said it,’ I was completely in shock,” said Taylor — while Camille expressed extreme regret for saying it. She also, however, felt some of the cast members and production wanted to finally be able to discuss it on camera.

At that point, Taylor said she thought the situation with her husband would end one of three ways; anger management, divorce, “or he was going to kill me.”

Cullen said the Armstrongs quickly served Camille with legal papers, while Camille allegedly threatened to sue production if any of the abuse allegations were aired. The legal papers led the other women to disinvite Taylor and Russell to a planned cast trip to Hawaii and, after telling them that information at one of Kyle’s parties, they went home and Russell allegedly punched Taylor in the face.

“I ended up in Cedars-Sinai Hospital, it was inevitable it was coming out,” Taylor recalled, as producers said she also started to miss filming due to corrective surgery. Eventually, she admitted on camera that she had been abused, which allowed Bravo to air everything they had filmed without having to cut around the allegations. Taylor then filed for divorce and, a month later, he committed suicide.

According to Andy, “there was a conversation about whether we were going to air the show at all,” before they re-edited the premiere to include the cast reacting to the suicide. “They did not ask me to talk about it, I wouldn’t have been ready,” said Taylor — though production did allow her to screen the first episode before it aired.

“It was one of the few times that we were looking for cast approval because we wanted to know that she was okay with what aired,” said Baskin. It then aired with her blessing.

Taylor has been happily married to John Bluher since 2014. 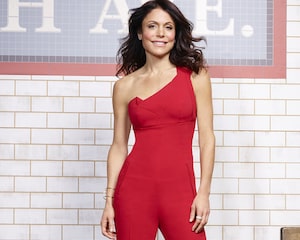