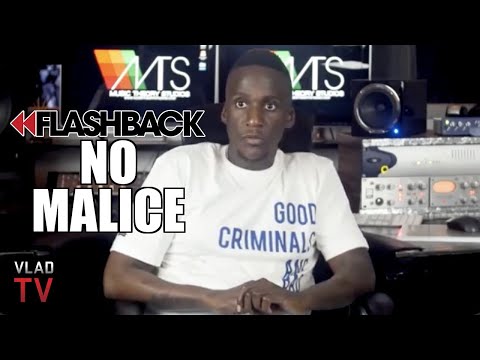 In this VladTV Flashback from 2017, No Malice of The Clipse takes Vlad through the early stages of his career, the unexpected success of the Neptunes-produced “Grindin,” and his reputation as a “coke rapper.” “We were so good at [coke rap] because everybody could relate,” No Malice says. “And people knew that them guys really have something to do with that. It in itself became an art form.”