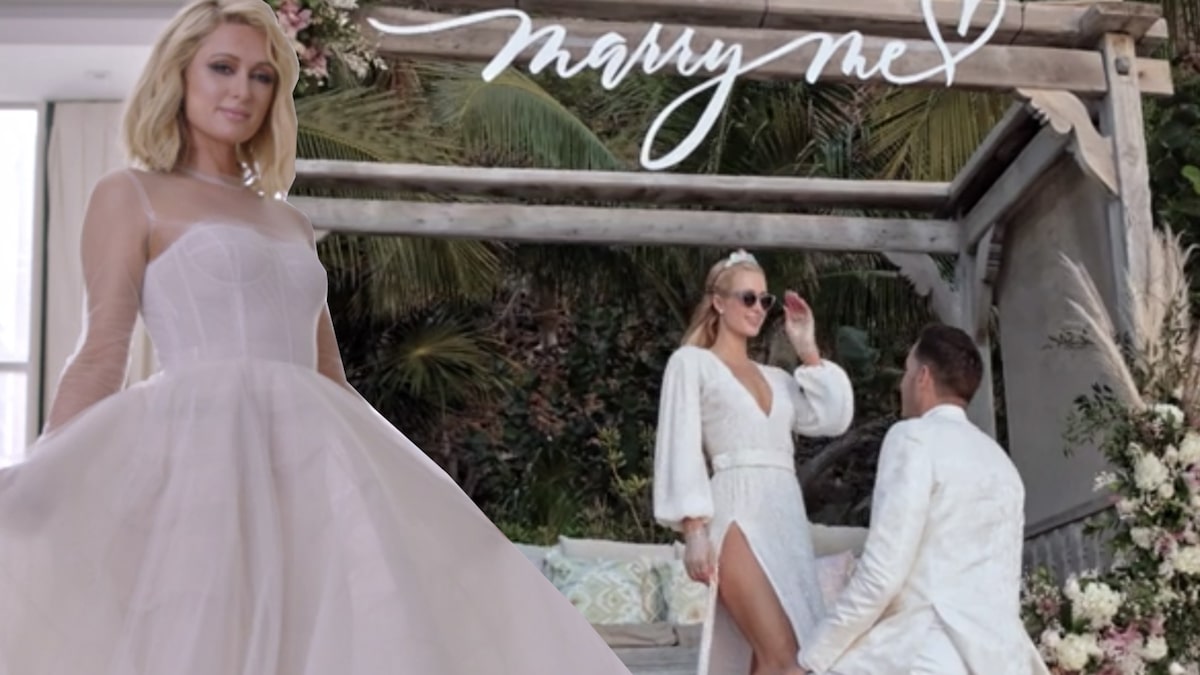 Hilton reveals why she’s “nervous” to say “I do” on her new reality series — while revealing what went wrong in her past relationships.

Paris Hilton and Carter Reum will tie the knot this week — but her journey to the altar hasn’t been without its speed bumps.

The first episode of the couple’s reality show “Paris In Love” dropped Thursday, a show which will document everything that went into planning their fairy tale wedding following Reum’s proposal back in February.

Viewers actually got to see footage of the proposal itself in the first installment, as Reum got down on one knee after renting out a private island. “I’m hoping you’re going to hold my hand, keep my heart close the rest of our lives, for good days and bad days,” he said, before asking her to marry him. She, of course, said yes.

“I was engaged twice before this and my first one, I just was way too young and not ready,” Hilton said, reflecting on a few of her past relationships. Paris was 24 when she got engaged to Greek shipping heir Paris Latsis back in 2005, before later sharing an engagement with Chris Zylka in 2018.  There were reports she was also engaged to model Jason Shaw when she was 20, so it’s unclear which engagement she’s leaving out here.

“The second one was just definitely not the one. I guess, third time’s a charm,” she added, saying that she didn’t know the proposal was coming, but she “was hoping” it was.

When it came time to start planning the actual wedding this time around, however, Hilton appeared to be a little hands off. Her only priority, at least in the first episode, was getting the fashion for her big day just right.

“When people found out I was getting married, I had designers from all around the world reaching out to make my wedding dress,” she revealed. “There’s even some designers offering 6 figures to wear their designs. In the end, I wanted something that was beautiful, timeless, elegant, chic and iconic.”

Viewers watched her go to a dress fitting with a designer at Oscar de la Renta, with Hilton saying she wanted something with “Cinderella vibes” that would make her look like a “princess.” With Nicky Hilton — her sister and Maid of Honor — on hand to see her try out different silhouettes, Nicky was wondering what other preparations Paris had made. In short, not many. 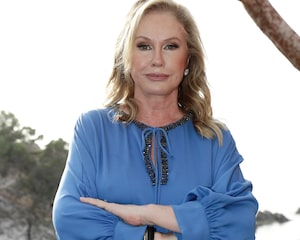 Paris didn’t even have a date or location set yet, saying many of the “amazing” venues had already been booked due to rescheduled weddings after Covid cancelations. Nicky noted that Paris shouldn’t be depending on their mother, Kathy Hilton, to help much either — saying it would be like “the blind leading the blind.”

“Are you getting cold feet? Why is there no date?” Nicky bluntly asked. “The date should be the first thing. And then you branch out into everything.”

“I’ve been traveling, my schedule’s insane. I just want to appear,” replied Paris, as Nicky told her she had to “take control” of this wedding. “You have to be an adult and deal. We’re sitting here eating. Why don’t you take out your phone right now and call a planner? You can’t rely on mom to do this. You need to do this. I’ll help you.”

In a confessional, Nicky added that she felt like her sister was “dragging her heels” and still wanted to know why. While Paris couldn’t help but gush about Carter, she also eventually opened up about her hesitations.

“He doesn’t need my money, he doesn’t need my fame, he hates all of that. He’s like, ‘Paris you’re the star, I like being in the shadows and watching you,’” she said as she praised her man to another of her friends. “I’ve never had that, you’ve seen all the hungry tigers. He’s so kind, sweet, patient, honest, loyal, generous.”

When that same friend said she believed Hilton was “stalling” and asked if she was “ready” to walk down the aisle, Hilton revealed what concerns were in the back of her mind.

“I’m so in love with him, he’s the perfect guy. When you think something is too good to be true … because I’ve been f—ed over and so many bad things in my life, my mind starts going there,” she said, before chalking up a lot of the wedding planning holdups on her simply being disorganized. “I’m very happy, I know he’s the right one, he’ll never hurt me. He is everything.”

In a confessional, she added, “Maybe this is too good to be true. I hope it’s not, but it makes me nervous. I always expect the worst to happen, because it has in the past.” 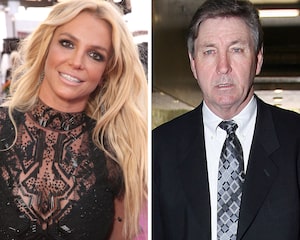 The first episode showed a lot of cute moments between the bride and groom-to-be, including one scene where they each revealed the one thing they would “change” about the other.

“You’re a little less organized than I would like. I blame your creativity on that,” said Carter, before he revealed that the one thing the two argue about the most is “what to watch on TV every night.” he claimed Paris only liked “sad” romcoms where people die, while he preferred happier fare. She, meanwhile, said he was “a little bossy” and often gets “mad at me when I’m late.”

The episode ended with Reum surprising Hilton with a diamond necklace, dresses and a trip to San Francisco for their 20-month anniversary. Yes, they celebrate monthly anniversaries — something Kathy even said was “crazy.” 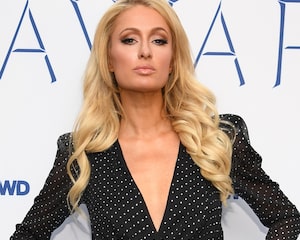 As footage from their special date night was shown, Hilton also talked in a voiceover about what makes her relationship with Reum different from any of her previous ones.

“It takes a very strong and secure man to date me. Most of my last relationships, they would feel emasculated, get jealous, insecure, but Carter’s completely different. He’s so secure with himself and he has success on his own, so he really doesn’t need anything from me but love,” she said.

“I was planning on starting a family on my own and being one fo those independent women who didn’t need a man. I honestly thought I was going to be alone forever and I was fine with it because I had been through hell and back,” she continued. “I was sick of being lied to, cheated on, yelled at, hit, I’ve been through it all and thought that, you know what, nice guys don’t exist and maybe I’m just meant to be me.”

She said everything changed when she met Reum and he made her feel special in a way she had “not felt in I don’t even know how long.” Hilton also noted that Kathy never liked her exes and she herself never met most of their families, a stark contrast to where things where with her and Reum.

“When it comes to talking about actual emotions, it’s something I’ve never done before,” she added. “With him … I’m opening up in ways I never have before. It feels good to be so close to someone.”

The couple’s three-day wedding celebration is due to kick off today. New episodes of “Paris In Love” drop Thursdays on Peacock. 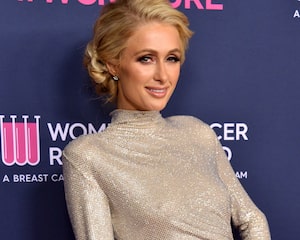