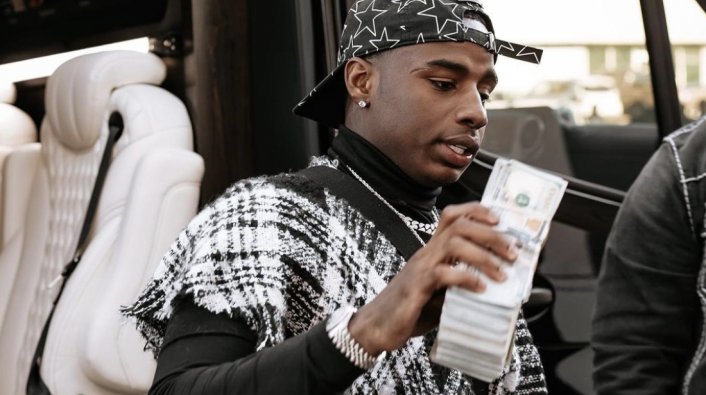 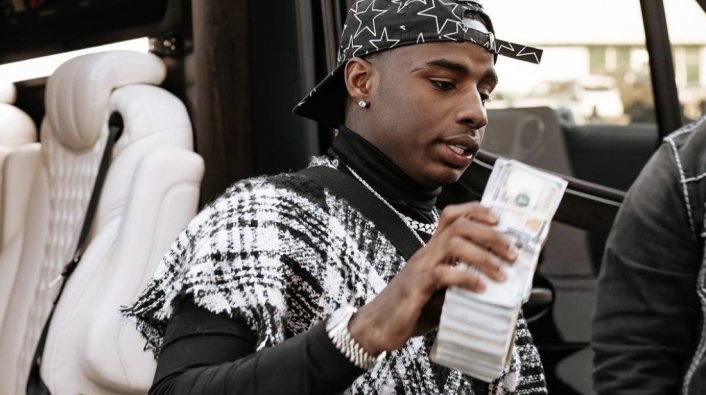 The Instagram page belonging to Young Dolph’s murder suspect Justin Johnson is getting a closer look amid the news of him being identified as Dolph’s alleged killer. One photo, in particular, has been circulating, which shows Johnson, who is a rapper that goes by the name Straight Dropp, wearing a PRE (Paper Route Empire) chain. It’s unclear how he got the chain or his association with Young Dolph, although a photo has surfaced of Dolph and Johnson together.

Young Dolph’s aunt, Rita Myers, spoke to Rolling Stone about Johnson being identified as a murder suspect, and she explained why it doesn’t bring any closure.

Myers stated, “There’s not any closure for us with this news, because [Johnson] is not in custody, and we still don’t have all the facts. We still feel the same. This news just made me feel worse. I thought it would make me feel better, but it didn’t. All I know is, anyone who could walk up and take the life of another person for no reason is someone with hate in their heart, a person who has no regard for life, a person who cares about nothing.”

Johnson is currently wanted for first-degree murder, and police believe he’s intentionally evading capture. They warn that he is armed and dangerous.

Not soon after Justin Johnson was identified as a suspect in the Young Dolph murder case, information regarding the 23-year-old has begun to surface. An interesting piece of information has come to light after a photo reveals Johnson being pictured with Dolph. There’s not much context for the photo, however, it reveals a possible deeper connection that could answer more questions about the circumstances surrounding Dolph’s tragic and untimely demise.

Justin Johnson, the 23-year-old accused of murdering rapper Young Dolph in Memphis, has undoubtedly seen an uptick in IG traffic after his account was discovered by those outside of his city that know him as rapper “Straight Dropp.” There are only a handful of posts on his page, however, there are at least two posts that were made after Dolph’s murder. Commenters suggested that the money, clothes, and cars he’s seen flaunting in the pictures are payoffs from his evil deed.

To add insult to injury, Johnson is seen wearing a Paper Route Empire charm on his belt in a picture taken just before Dolph’s murder. Many are suggesting he got the charm after a previous run-in with Dolph and his crew before the shooting.

Interestingly enough, while news just broke about Johnson being a suspect in the murder, the streets had already circulated his name because comments on Johnson’s IG post from last week have people calling him out for Dolph’s murder.