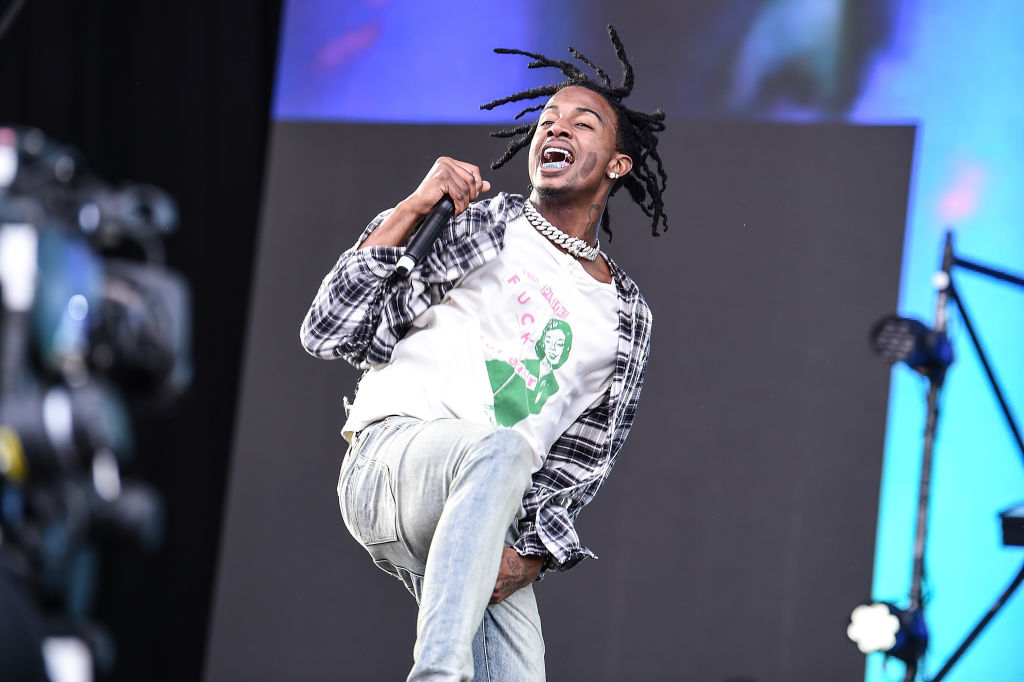 Carti was performing at West Hollywood’s Smoker’s Club Festival, but it wasn’t long before fans took over the VIP section.

This weekend’s Smokers Club Festival had an impressive lineup, boasting names like Kid Cudi, 2 Chainz, Wale, Joey Bada$$, A$AP Rocky, Rico Nasty, Wiz Khalifa, and Chief Keef. Unfortunately for patrons, not every name on the lineup made it all the way through their set time without any disturbances.

According to the New York Post, a group of fans attempted to rush the VIP section at the San Bernardino, California festival’s main stage while Playboi Carti was performing, although they were quickly stopped by security guards.

Upon arrival, the security team blocked off the area, causing fans to flee. Carti took to the stage at 7 PM and was only able to sing two songs before the rowdy crowds resulted in an early end time.

As XXL Mag notes, at one point, the Whole Lotta Red hitmaker’s microphone was cut, and a team member was sent out to address audiences and ask them to calm down so that Carti could resume his work; they asked patrons to step back from a railing for safety reasons.

At this time, reports reveal that no injuries were sustained, and no one was arrested. Fans were clearly upset by Carti’s short show, and didn’t hesitate to express their feelings on Twitter.

Elsewhere at the Smoker’s Club Festival, cameras caught Rihanna hanging out and dancing backstage during her baby daddy’s set – read more about that here, and tap back in with HNHH later for more hip-hop news updates.