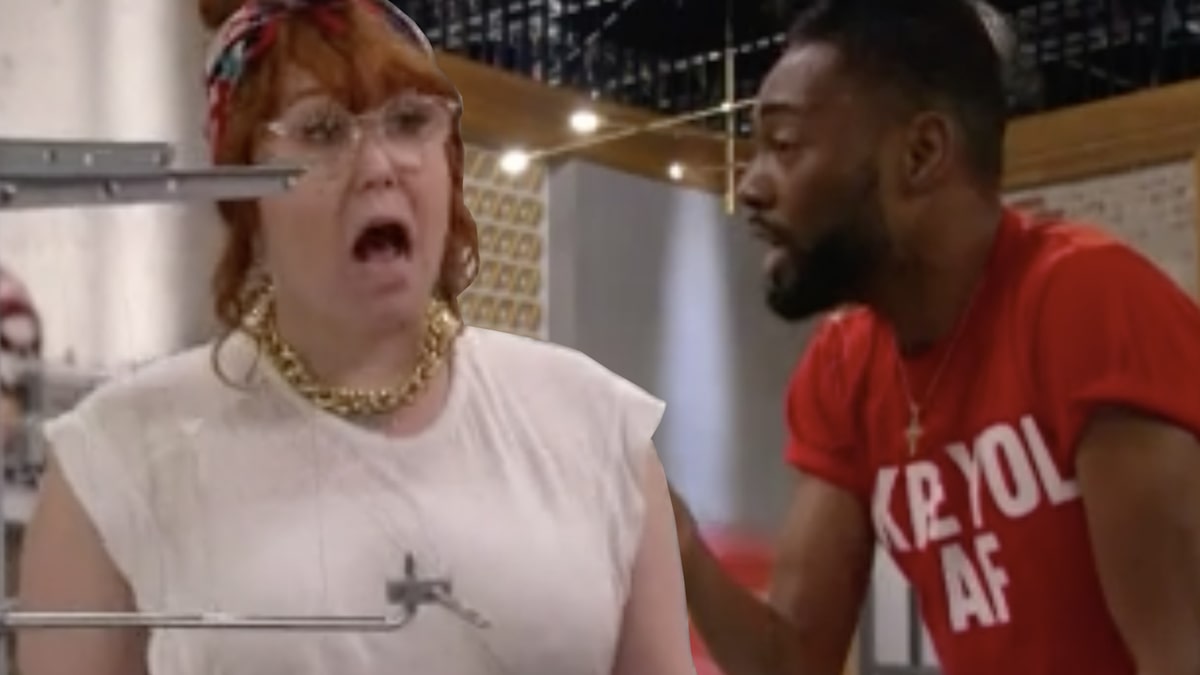 “That was fake as f—, I lost so much respect for you for that.”

Meg Ferguson walked off the set of “Project Runway” following a heated discussion involving race, fashion and being an ally for diversity in the workroom. She never returned.

On Thursday’s new episode, the contestants were tasked with creating “an impactful, breakout streetwear look” before picking their own models from a small pool for the assignment. Haitian designer Prajje Oscar Jean-Baptiste, however, was disappointed he wasn’t quick enough to select a Black model — saying that, “To put what I’m about to make onto a white man would be an insult to my entire country.”

He went on to explain that his look would not only reference Haiti, but also 1804, when Haitians gained independence over French colonial rule and abolished slavery. As he and Meg discussed their designs during the sketching phase, she said for him to put the clothes on a white man would be “whitewashing.” 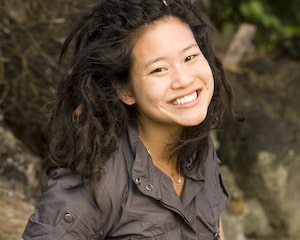 “We can’t be afraid to say the racism word and we can’t be afraid to say whitewashing and appropriation,” she continued. “You design because you grew up not seeing people like you on the runway. I grew up not seeing big women on TV and magazines. It is insulting. Streetwear was originated specifically by Black men. Straight up cultural appropriation and whitewashing.”

“This should be a Black magic moment and I feel like we missed the mark,” she added. “I feel insulted on your behalf. I feel you and I’m sorry.”

In a confessional, Prajjè explained why the conversation was making him uncomfortable. “At the same time you find people in support of our issues, as Black folks, it kind of comes off as if they know what our troubles are and they’re our saving grace,” he said. 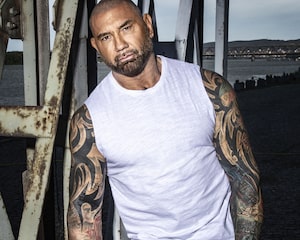 Dave Bautista Recalls WWE Being ‘Toxic’, Says He’s on Twitter ‘Out of Spite’

Later, after the designers’ trip to Mood for their fabrics, Prajjè informed Christian Siriano that he had a model “situation” and hoped to swap someone for a Black model. Christian went and asked another contestant if she’d switch and while she looked initially hesitant or at least caught off guard, she agreed without making a fuss. “Now the work can truly be represented the right way,” Prajjè commented after, giving Coral a big hug for her flexibility.

As Siriano stopped by Meg’s table, she told him she wanted to write the phrase “There is only one race, and that’s mankind” on the back of her “shacket.” Christian replied with a puzzled “Mmhmm,” before critiquing her for how beige the look was overall.

Following Prajjè’s swap, Asian designer Kenneth Barlis realized he wanted to celebrate his heritage as well — and the only designer with an Asian model was Meg. With 2 1/2 hours left in the first day, he asked if she’d be okay to switch — telling her his clothes were “very Asian-inspired” but his model was “a white boy.” She said she’d think about it after the models arrived in the workroom.

“I’ve already spent hours cutting, draping, designing for an Asian, male model,” Meg said in a confessional. “It’s so important for me to respect and acknowledge the fact he wanted to design for his own culture. I wouldn’t look like a woman of my word and I would kind of look like an asshole or that bitchy woman if I said, ‘No, I don’t want to switch.’” 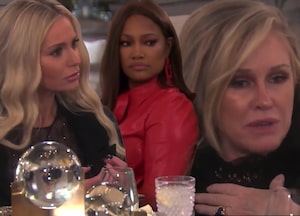 When the models showed up, Meg informed him that “someone else wanted you,” adding, “I honestly don’t want to give you up.” Turning to Kenneth, she added, “If we’re gonna do this, let’s do it now.”

As Kenneth explained to both their models that they were trying to figure out how they could “make it work” for them all, she cut him off and stated, “No, he wanted my model.” When he explained that he wanted to show his work “on a model that looks like me,” she again wasn’t having it.

“No, I think it’s f—ing bulls— that you’re doing this now. Will you let me talk? Honestly, I respect the race thing. I will do it, just for that factor,” she then told him. “I think we should have had this discussion 16 hours ago.”

When Kenneth said they didn’t have to swap if she didn’t feel “comfortable” with it, she snapped again. “Stop talking, let’s go, we’re wasting time,” she said to him, before bringing her new model over to her table.

“Apparently, I can only design for white people,” she vented to her new model, who hoped she wouldn’t “yell” at him like she just did to her fellow contestant. “Why is it the woman can’t say how she feels, she has to be a bitch,” Meg then wondered aloud.

Meanwhile, in his corner of the room, Prajjè voiced his frustration with what he had just witnessed between Meg and Kenneth. “You can’t be about it when it’s convenient for you. That’s that fake s— I don’t like,” he said, feeling like her words to him earlier didn’t align with what he had just seen go down hours later. 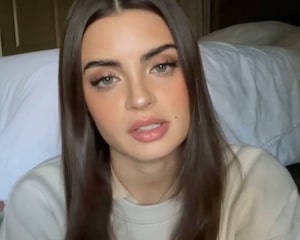 Meg then got upset with Kenneth for not coming to her defense when Prajjè criticized her behavior.

“I told you the reason why I would do it is because the reason was important that you got to represent who you were and I just got called ‘Fake as f—‘ and you said nothing,” she told him. “F— you, dude, f— you. You don’t have to change anything and I did it for you and you stood there and let that happen and you did nothing.”

“People are being fake and showing their fakeness,” Prajjè continued. “You see how this morning she was all about, ‘Oh, you should represent your culture.’ He realized this at the last minute, he said, you know what, can we trade.’”

Meg then came across the room clapping, telling Prajjè he wasn’t “even a part of” the conversation.

“I am part of it because this morning, you got involved in my situation. You were supporting me this morning and you just s— on him,” he told her. “This morning you were pretending to support me and now you s— on him in front of everyone in this room. You’re f—ing fake, period.”

With that, Meg asked for someone to “f—ing take this mic” off her and exclaiming that she wanted to go home. She did just that.

“At that moment, I didn’t have anybody on my side. It really blind-sided me and my brain just went. I had the onset of a panic attack,” she said in a confessional. “My gut instinct was flight or fight mode and I just left.”

“I believe I did the right thing by sticking up for myself. Was I bitch about it? Probably,” she added. “Ultimately, the intensity of the competition is not a good place for me and it’s okay to turn away something that you think is going to be your big break if it’s not good for your mental health or your mental peace.”

Siriano later informed everyone that she would not be returning to the competition. 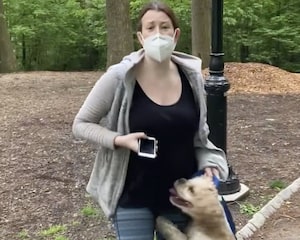 Prajjè, Kenneth and fellow Black designer Chastity all agreed that there was definitely a better way Meg could have handled the situation and could have simply said no to the request — or accepted it without acting like she was being martyr or savior by agreeing.

“I’m not trying to say Meg was using race to create drama, she was trying to use race to be ‘down’ with different ethnicities and reassuring us that a white person had our back,” Chastity said in a confessional. “But if you genuinely felt like our voices needed to be heard, the whole model situation shouldn’t have happened. You could have easily said, ‘I hear you, I understand you, but unfortunately, I cannot,’ or you could have said, ‘Oh, yes, you can take my model.”

Prajjè, meanwhile, said he was “a bit ashamed” by his behavior — admitting he “popped off.” During the runway, however, he stuck up for Kenneth again and said his costar was “degraded” in front of the models and the rest of the cast. Nina Garcia also told the crew she was “so proud” to see them stand up for Kenneth.

He ended up with the winning look of the week and while Kenneth’s was knocked by the judges, nobody was sent packing since Meg had already self-eliminated.