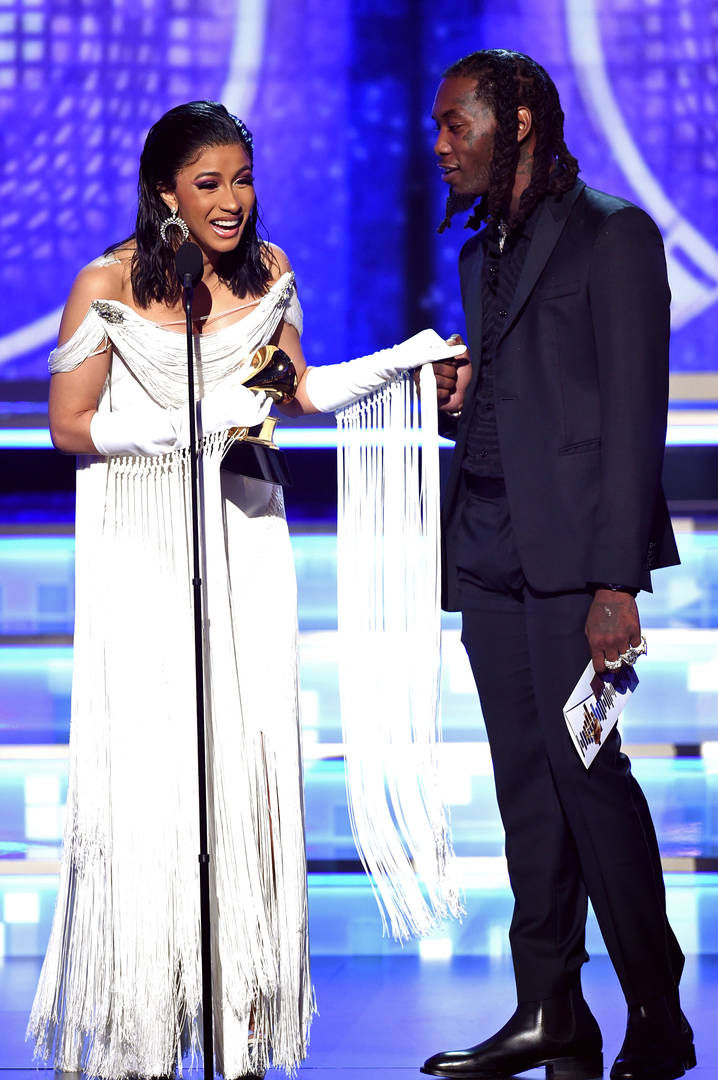 In 2019, Cardi’s “Invasion of Privacy” took home the gold over Pusha, Travis Scott, Nipsey Hussle, and Mac Miller. “It was fair,” said Push.

After shutting down people who attempted to pit her against Billie Eilish, Cardi B is once again being mentioned. Back in 2019, Cardi’s debut album Invasion of Privacy took home the Grammy for Best Rap Album, beating out Pusha’s acclaimed DAYTONA. It was a controversial win where Cardi also took home the trophy over Travis Scott, Mac Miller, and Nipsey Hussle, but Pusha insists that Cardi deserved her win.

Over the years, Pusha T has been asked about this moment in music award history and he doubles down on Cardi deserving her win.

Although he didn’t reign victorious, Pusha believes that the Grammys “got the Rap nominations and the Rap winner right.”

“Cardi deserved that. When you look at the lineup…you had Cardi B, you had Travis Scott, you had Mac Miller, you had Nipsey’s Victory Lap, and you had DAYTONA. Anybody could’ve won, and I couldn’t have argued!” He added, “I was actually going to the gym with her joint in my headphones like, ‘Oh yeah, she killed this joint.’ It was just about what the final voters gravitated towards, but it was fair. The lineup was fair.”

Pusha also added that at that time, he wasn’t as popular as Cardi B in the mainstream. Yet, he was grateful that DAYTONA was even considered to be in the running because he felt as if he was up against contenders who deserved that recognition.

Check out a snippet below.