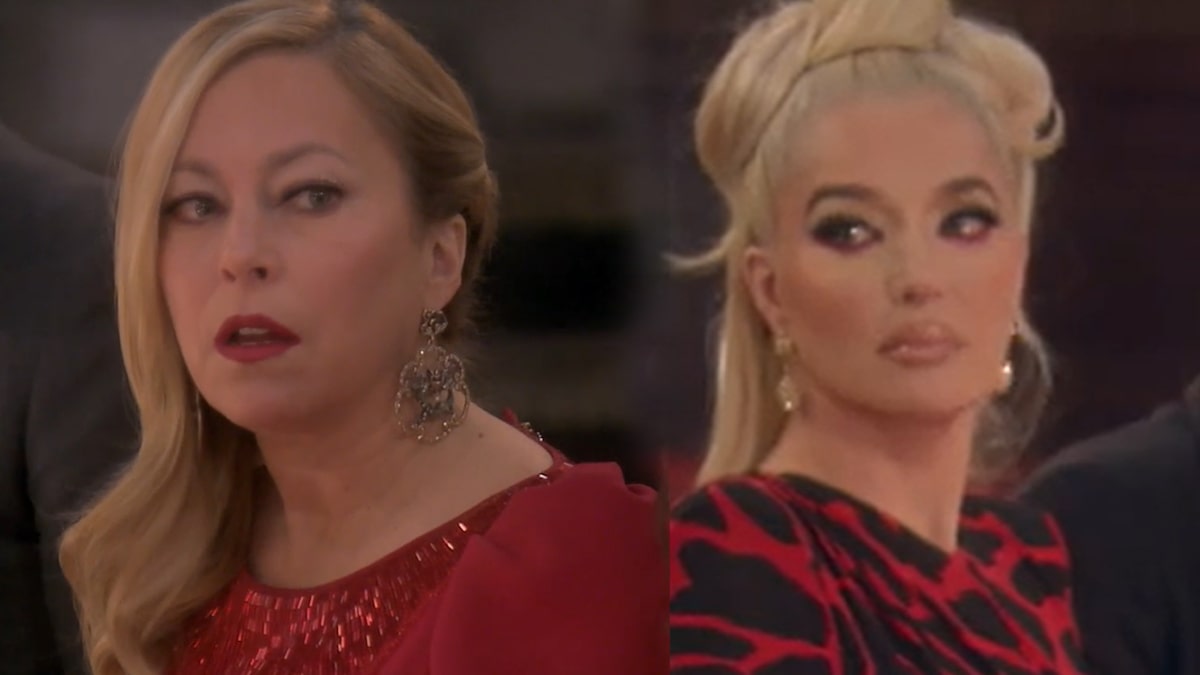 Sutton’s attempt at peace was met with a “definitely uncomfortable” reaction from Erika.

Erika Jayne is clearly ready to put this season of “Real Housewives of Beverly Hills” behind her, but it just couldn’t end without one final showdown of sorts between her and costar Sutton Stracke.

All season long, Sutton has been the loudest voice questioning how much Erika really knew about estranged husband Tom Girardi’s alleged misdeeds, often leading to some very contentious moments between her and her costar. Though they appeared to come to a ceasefire on last week’s episode, it wasn’t sitting right with Sutton … and with good reason.

“Am I still mad at Sutton? Of course,” Erika revealed to Crystal Kung Minkoff as they scouted a location for her Chinese New Year party. “I can’t sit there and continuously be angry, but I’m not over it. I’ll remember who was with me and who was against me.”

Speaking with Kathy Hilton, meanwhile, Sutton said she found how she left things with Erika after their trip to Del Mar “a little strange.” She added that she had some “apprehension” over whether the truce would last. 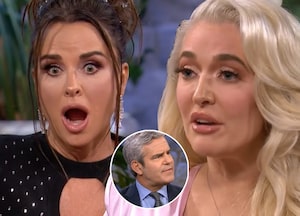 Erika later met up for drinks with Lisa Rinna, Kyle Richards and Dorit Kemsley, where she said she was in a “good place” with herself … and, if Sutton “comes at me with something stupid” at Crystal’s big party, “that’s on her.”

Kyle was caught off guard a bit by the comment and told Erika that Sutton still had questions about Tom’s alleged car crash. Specifically, she said Stracke thinks she has “not been honest” about it in general.

“F— that bitch,” Erika replied. “My story is true and it will always be the same and it will never change. Tom had an accident … my son helped me find Tom and I revealed that in La Quinta. He couldn’t tell me where he was. My son came off duty and helped me find him.”

Some of those details were new to Kyle, the other women and viewers at home though — prompting a confessional from Richards in which she said Erika needs to stop telling stories in “bits and pieces.” If she had been upfront with all the details from the start, Kyle argued, there wouldn’t be room for so many questions.

“You’re gonna tell me I’m a liar? Bitch, do you want to get socked in the f—ing mouth?” Erika continued, referring to Sutton. “It is the truth.”

The hangout ended with Kyle also expressing her concern over Erika’s racy Instagram posts and seemingly-tone deaf social media behavior. “I don’t think it’s helping in the court of public opinion,” Richards warned. Erika didn’t seem fazed though, saying she was in a “damned if you do, damned if you don’t” situation and had fun trolling “the trolls.”

At the Chinese New Year celebration, Sutton got a pretty quick greeting from Erika, with Garcelle Beauvais dubbing it a “Hi, bye” moment. It didn’t get too much better after they sat down for dinner.

As Crystal explained some of the traditions behind Chinese New Year, she said you don’t want to “sweep” or clean on the day itself, prompting a joke about “sweeping” things under the rug — like Erika and Sutton had done in Del Mar with their drama the episode before. Sutton took that as a reason to once again express her desire to start the new year “right” with Erika.

“Why is everyone so quiet?” Erika then asked, looking around. Garcelle flat out said they were waiting for her to reply, if she had anything to say to Sutton in return. “I have nothing to say,” she replied.

“I mean that from the heart. I know that I speak for all of us when I say, we all want to see you come out of this shining bright. And that’s all I can say,” Sutton added, with Erika responding with a quick and quiet thanks. In a confessional, Erika let us know what she was really thinking, explaining, “I don’t need an apology from someone who was ready to condemn me for 6, 7 months. It means nothing.”

Kyle, in her own confessional, sided with Sutton — saying that Erika still has to apologize to people for how she speaks to them. “Sutton is trying to make peace and move forward,” she added. “Now Erika has to do her part.”

That didn’t really happen though and as the group dispersed to grab drinks at the bar or go to the bathroom, PK turned to Erika — who was beside him — and called the situation “definitely uncomfortable.” Erika, again, wasn’t fazed.

“What can I say? I have such bigger fish to fry, it’s just not that important,” she told Dorit’s husband. “I’m not going to sugarcoat how I feel.”

Kyle and Sutton, meanwhile, met in the ladies room, where Stracke said she was still hoping for some kind of apology from Erika for how she snapped at her at Kathy Hilton’s dinner party earlier this season.

Eventually, the entire cast came together for the final conversation of the season, where Sutton finally copped to being “judgy judgy” about Erika’s situation “at first.”

“That’s hard to hear. I’m glad you said it, but it’s hard to hear,” Erika told her. “I felt like you and I were friends, we have connected on certain things. I needed a little more faith in who I was.”

After Sutton said she hoped for a one-on-one with her, Erika said she’d be down “at the right time” … which was not now. Stracke added she’d like to do it when she wouldn’t get “lion’s claws” from Erika in return, with Erika said that’s exactly why they wouldn’t be doing it anytime soon.

“I just need some time, I’ve got a lot going on,” she added. “This life isn’t for wimps. You gotta put one foot in front of the other, what’s the alternative?”

The episode came to a close with a final comment from Erika, who summed up her season-long predicament.

“I’m in the middle of a nasty fight, this is far from over and I’m tired of explaining myself,” she said in a confessional. “I showed up every day and I’ve been honest and I faced down every f—ing question to the best of my ability. And I will never apologize for that.”

The end crawl revealed that Sutton was “still waiting for Erika to reach out to talk,” while telling viewers that Erika has “appreciated the support of her true friends … though that circle has gotten smaller.”

While the season is over, the drama isn’t. Next week, the four-part reunion kicks off on Bravo — and the trailer below is juicy as hell. Stay tuned!