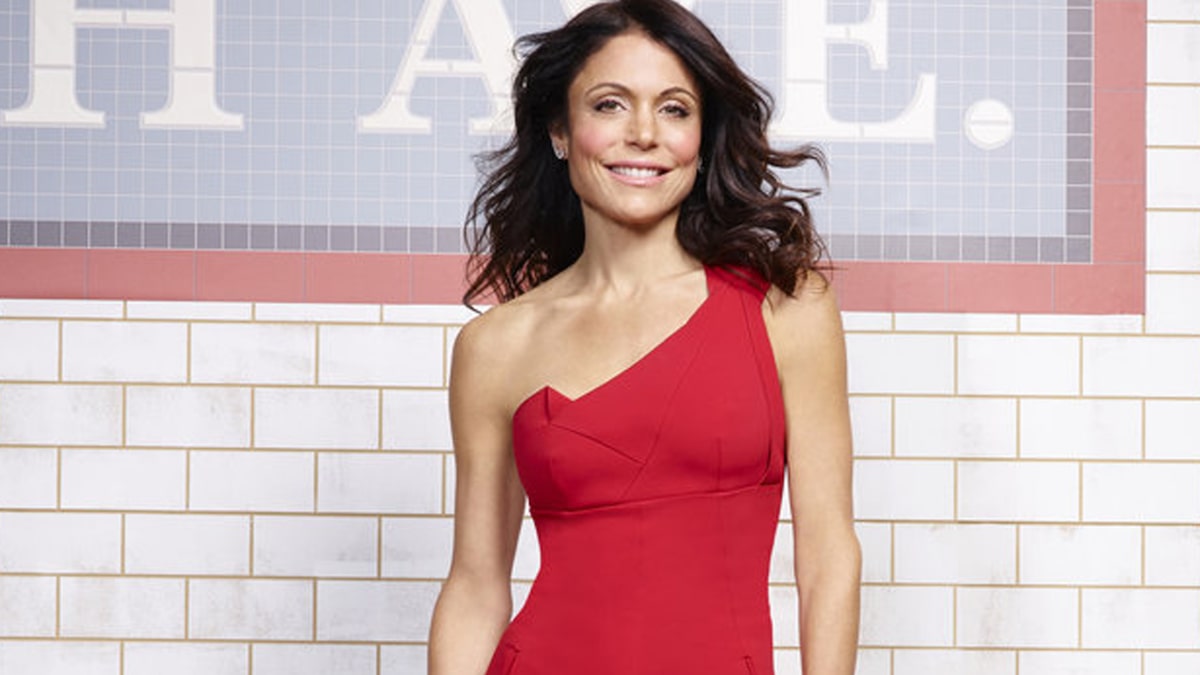 The women also accuse her of attending Bobby Zarin’s funeral “for the show,” with Jill saying Frankel “blocked [her] number” after.

Bethenny Frankel chose not to participate in the brand new “Real Housewives” oral history that dropped today via Andy Cohen Books — but she’s certainly a big topic of conversation amongst her costars.

“Not All Diamonds and Rosé: The Inside Story of The Real Housewives From the People Who Lived It” by Dave Quinn paints an extremely thorough picture of every single franchise of the series, with first-hand accounts from most of the housewives themselves, Andy Cohen, producers, network executives, casting directors and more.

Part II of the book, “Bite of the Apple,” is all about the women of NYC — and includes some new allegations about Bethenny’s alleged role in exposing Luann De Lesseps’ then-fiancé Tom D’Agostino’s as a cheat. In case you forgot, Frankel came to Lu around the time of her engagement party and showed her a photo of Tom kissing another woman only days earlier. According to Carole Radziwill, Frankel herself set up the photo. 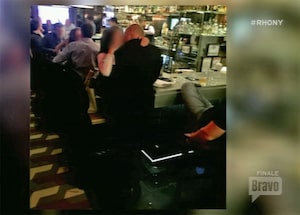 “Bethenny got a picture of Tom kissing a girl at the Regency Hotel. It was a total setup,” she says in the book. “Bethenny knew this woman and found out that she was in contact with Tom. And Bethenny was like, ‘The next time you go see him, text me.’ And that’s what happened.”

Carole claims — without proof — that Bethenny then sent someone to take a photo after learning this woman and Tom would be together at the hotel. “She certainly didn’t just happen to have a friend at the Regency at ten o’clock on a Tuesday night when Tom just happened to be there kissing some chick he used to bang,” she added.

Ramona Singer agreed — saying that Frankel “totally planned that Tom thing” in the book as well.

“She knew what was going on and sent someone to photograph that,” she added. “For me, there are certain lines you don’t cross. And something like that? I don’t think I could ever do that.”

Andy, for his part, said he still has no idea how Frankel got the photo. On the show, Bethenny said she was simply sent them by a friend. Luann, meanwhile, said she “always felt like Bethenny was trying to take [her] down” and “had a hard-on for [her] from day one.”

TooFab has reached out to a rep for Frankel for comment. 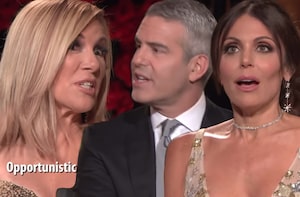 Elsewhere in the book, some of the women also accused Bethenny of attending Bobby Zarin’s funeral simply “for the show.”

“It was all for the show. Nobody was better at that than Bethenny,” said Carole, while executive producer Lisa Shannon claimed Dorinda Medley and Ramona Singer didn’t want cameras there — and felt “that Bethenny was using it as an opportunity.”

“For Bethenny, it was all about the storyline because afterward when I tried to keep a relationship with her, she wouldn’t,” claimed Jill. “She blocked my number. She wouldn’t talk to me.”

Cohen, however, said Bethenny and Jill did spend time together without the cameras around — but admits she’s “smart enough to know that it was a moment.”

Frankel’s exit from the show was also a talking point in the book, with Shannon saying Bethenny “wanted to be paid more” and Bravo not budging.

“There was a very specific thing Bethenny wanted in her contract that Bravo refused to give on and I knew they weren’t going to give her. And that’s why she left,” added Andy. “I was disappointed, but I wasn’t surprised. And I’m glad Bravo didn’t cave on the contract. It would’ve set a bad precedent.”