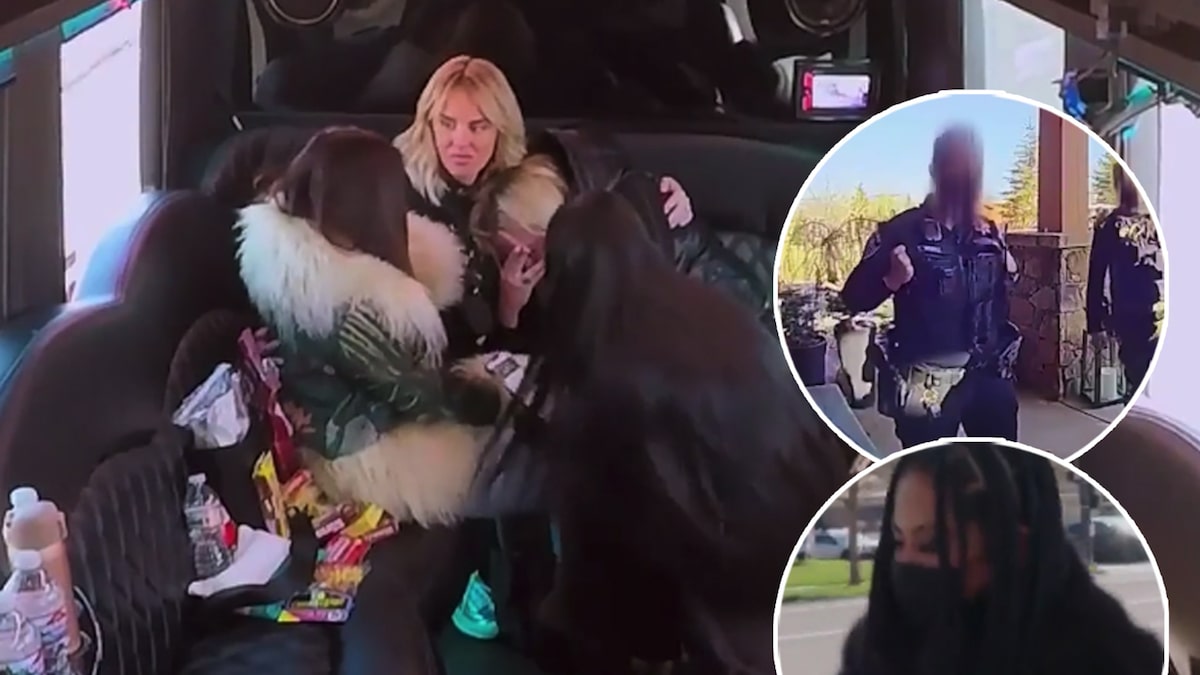 As Jen’s arrest rattles the group, the women start pointing fingers at each other over who tipped off authorities.

The fallout from Jen Shah’s arrest rocked “Real Housewives of Salt Lake City” on Sunday night, as the cast members all reacted to the news in real time.

The ladies were all supposed to meet in Vail, Colorado for a girls trip, but Jen backed out at the last second — saying she had to go to the hospital because her husband had “internal bleeding” after getting a phone call. Moments after the left the group, Homeland Security and the NYPD showed up to arrest her, but she was nowhere to be found.

Quickly, the women all started to speculate she was never going to the hospital. “You think she got a tip off call that this was happening and left?!” asked Heather Gay, a sentiment with which Lisa Barlow, Whitney Rose and Jennie Nguyen agreed. 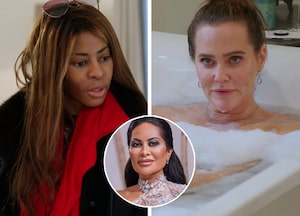 Eventually, they decided there was nothing they could do for Jen at this point and decided to take off on the five-hour drive to Vail. As they hit the road, they all started thinking about how odd Jen’s behavior was before she left, before they started wondering how authorities knew where she would be.

“Someone told them,” said Whitney — as the guessing games began.

“Other than our families, there were 7 people that knew we were at Beauty Lab today. I can’t imagine anyone here would turn Jen in, but this looks really sus,” Lisa said in a confessional. Speaking with one of her lawyers on the phone, Barlow also said she though Meredith Marks “might know something” about what went down. Lisa, however, maintained she didn’t know anything about Shah’s work and thought her whole business was “ambiguous.”

Whitney, meanwhile, said Jen’s lifestyle never made sense to her. “I have had a lot of questions … it intrigues me where she gets all of her money, all of her things from,” she admitted.

As the van stopped for a bathroom break, Whitney and Heather stayed behind, where Whitney said she felt Lisa was acting suspicious. “Lisa’s acting guilty of something,” she said. “She’s called all her attorneys. She’s behaving very odd.” 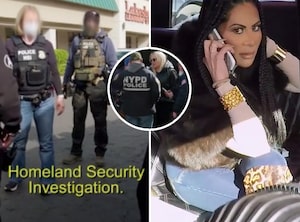 Shortly after that, Jen’s arrest made headlines. Shah stands accused of generating and selling “lead lists” of innocent people who could be targeted as part of a telemarketing scam for almost a decade. Many of the victims were elderly and working class. She pled not guilty to conspiracy to commit wire fraud and conspiracy to commit money laundering charges in April.

As they read about the charges, Lisa and Heather were inconsolable. Barlow started sobbing and exclaiming how bad she felt for Jen’s family, while Heather was clearly shocked. Jennie, meanwhile, was unbothered. As they talked openly about Jen’s confusing financials, Whitney said she figured Jen “had a sugar daddy or something,” getting a laugh out of everyone.

In a confessional, Jennie said she found it “weird” how much Whitney seemed to understand about the scam — and she wasn’t the only one. While they talked about how to launder money — something Heather said she knew about thanks to “Ozark” — Whitney again seemed to understand all the ins and outs of the situation. “I think it’s a little strange,” Lisa said in a confessional of Whitney’s knowledge.

The four women then called Meredith, who was already in Vail and allegedly hadn’t heard anything about the arrest. When they filled in her, Marks admitted she was “not surprised by this” at all.

“Too many things didn’t add up and I’ve suspected something was going on for a while,” she told her costars. “It’s validated I was right, I’m not crazy. I feel like you guys [don’t know her], I feel like I kinda did and not anyone really wanted to listen or believe me, but that’s okay.”

In a confessional, Lisa said she expected a bigger reaction from Meredith — and was “shocked” Marks wasn’t shocked. 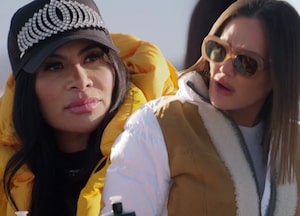 Eventually, Mary Cosby and the foursome in the van made it to Colorado, where they all talked about the crazy day as they sat down together for dinner.

“I never saw nothing good in her, never, and I was scared of her because I knew what she was capable of,” Cosby told the group, before Meredith shared her own red flag moments with Jen with the group.

“I had an issue that arose that I never really spoke about,” she started, before claiming Jen visited Meredith’s store with a group of people. According to the manager at the store, there was a green clutch in the shop before they arrived, she saw one of them holding it, but they hadn’t purchased it and it was missing when they left. Meredith said she had the manager reach out to Jen asking if they “borrowed it,” and immediately received a call from a man in the group promising to return it the next day.

“Jen did not walk out with the bag, but what really didn’t sit well with me is she kept someone who did take something out of my store in her employment,” said Meredith, before showing security footage of the person picking up the clutch, walking out with it and returning it the next day. “That’s not my friend.”

She also said one of her friends heard that Shah was “red flagged” in Louis Vuitton’s system because she pays in cash, though she had no proof to back up those claims.

Heather also revealed her own recent shady interaction with Shah, saying she ordered Jen an Uber only to see that her costar had ducked out of the ride service only a half-mile away. That piqued Barlow’s interest, because she said she had heard something … and wanted to check with someone she knew about maybe meeting up with Jen. The interaction was all very mysterious, but Jennie wondered if she was insinuating Shah had a man on the side.

The episode ended with Whitney pleading with Lisa to share what she knew.

As all this was going down, we didn’t see too much of Shah herself. There was footage of her getting out of jail after she was released on bail — as well as Ring video of authorities showing up to her home, guns drawn, before leading her family members out of their home.

Viewers will hear more from Jen next week, as a preview showed her talking about how she “worked so hard” to get to where she is in life now — and adding that she “didn’t understand” her current situation. 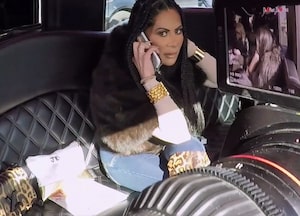