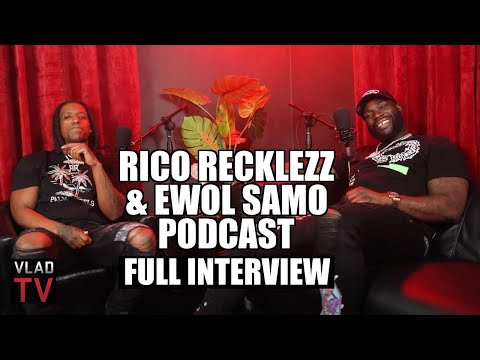 In the full-length episode of the Rico Recklezz & Ewol Samo Podcast, the two Chicago natives share their thoughts on this year’s NBA Finals matchup before announcing their prediction that the Golden State Warriors will defeat the Boston Celtics. From there, they discuss the recent world championship boxing match between Gervonta “Tank” Davis and the previously undefeated Rolando Romero. As the podcast moves along, they share their thoughts on Ralo’s potential release from prison and Lil Meech’s recent arrest involving grand theft. Finally, the co-hosts declare that they will be revealing a new for their podcast soon, after issuing an open invitation to other celebrities who wish to be a guest on the show. To hear Rico Recklezz pay tribute to the late Ray Liotta and much more, check out the full second episode.