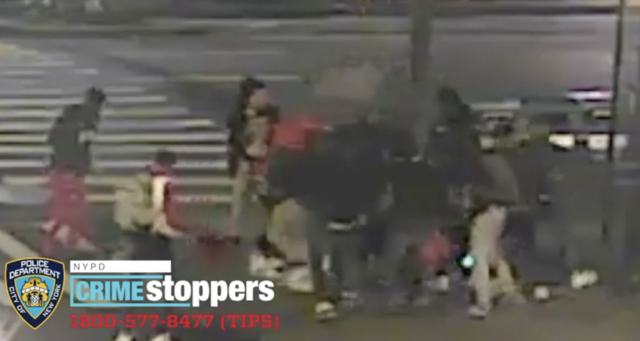 The victim was assaulted on 45th Street and Eighth Avenue at approximately 3:15 a.m., police said. The man was involved in an argument with three individuals before another group came over and punched and kicked him in the face and body, police said.

During the attack, the group allegedly stabbed him in the back and shoulder three times and took his sunglasses and cellphone, police said. A garbage can was also thrown at the victim.

The man was taken to the hospital in stable condition. Police released photos and a video of the unknown individuals sought in connection with the incident.