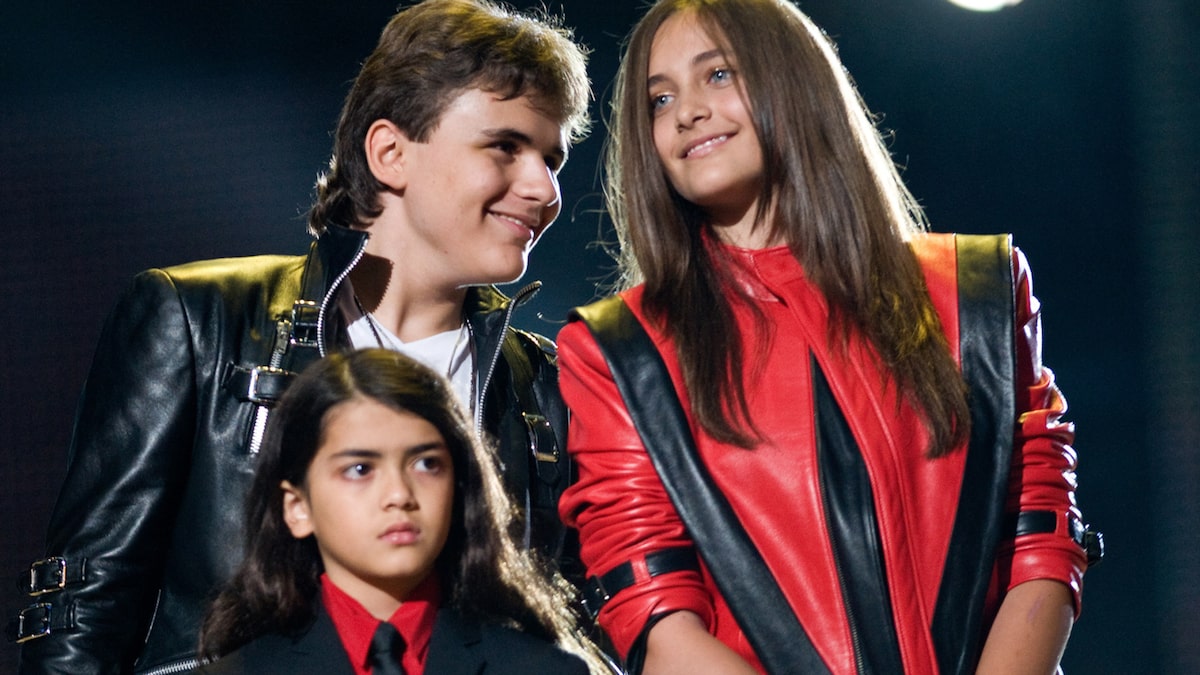 The youngest sibling of both Prince and Paris Jackson followed up his brother’s interview on “Good Morning Britain” last week with one of his own, which was just shared in part on social media.

The 19-year-old did the interview from inside a room full of his father’s memorabilia at the Jackson Family Estate in Encino, where they all celebrated the family’s annual Thriller Night Halloween party benefiting The Heal Los Angeles Foundation over the weekend.

Bigi, formerly known as Blanket, is using his voice to call on world leaders to tackle the problem of climate change as COP26 begins. pic.twitter.com/920Zlk4usK

“And that’s what he was all about and that’s just kind of what each of us want to do, kind of make things that people hopefully enjoy, but also can benefit their lives,” he added, before talking briefly about the importance of combating climate change.

“I do think it’s important that we all know about it and I think we have some work to do,” he said, “but our generation knows how important it is.”

Unfortunately, that’s all from the interview that’s been posted online so far.

Prince did a much longer interview last week, where he talked a bit about growing up with the late King of Pop as a father.

“As a young child, my father was very adamant about giving back to the community and it’s a drive he instilled in myself and my siblings,” he said, adding that he feels his own philanthropic outlook would make his dad “proud.”

“When we were growing up, my father would say, ‘We could have nothing, but you look around in this room, your brother, your sister, and me, that’s all you’ll ever have,’” he continued. “And that always stuck with my siblings and I, and we have such a close relationship. Because I’m the oldest, my father would always tell me I have to make sure that the group is taken care of and that I have to kind of be the leader and lead by example. But, after his passing, and us being thrown into the ‘real world,’ my siblings honestly, they picked up the slack that I unfortunately left behind.”

He added that all three siblings “compliment” each other well and there’s no longer a true “hierarchy” between them.

This year’s Thriller Night Halloween Party had two new features which were the “Legacy Room” and “Neverland Room.” Thank you to John Branca and the Estate of Michael Jackson for sharing these items. pic.twitter.com/yudoIsUMin