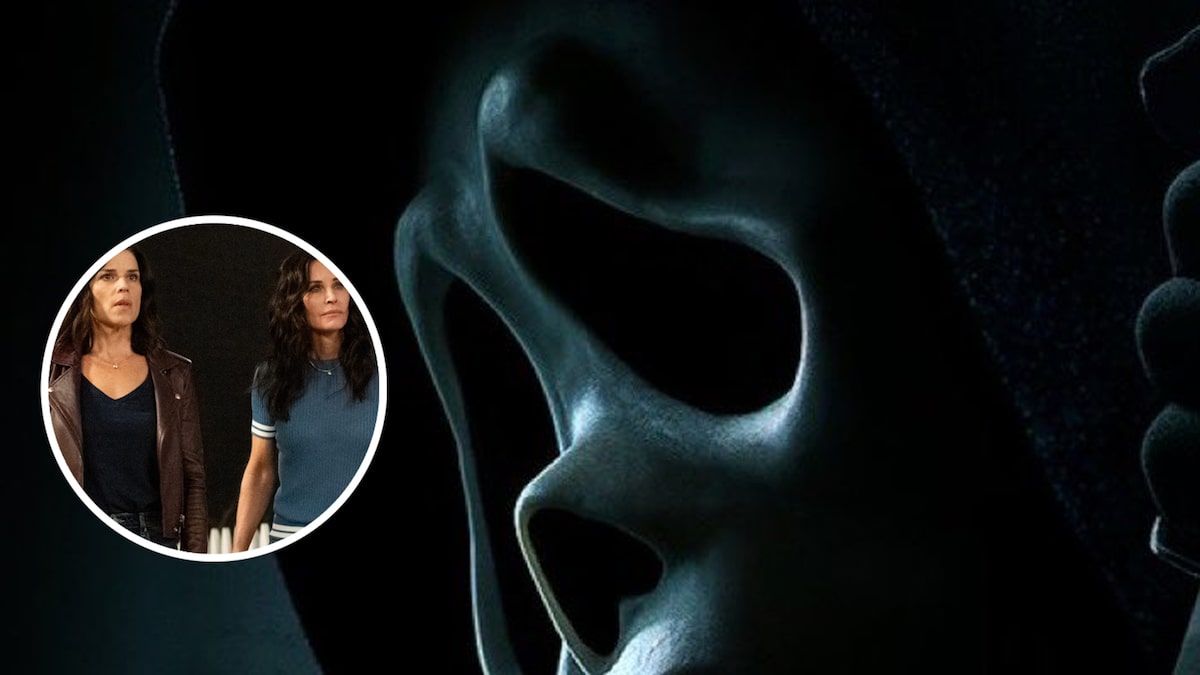 There are definitely some callbacks to the earlier films in these new images.

What’s your favorite scary movie? While it’s hard to top the original “Scream,” the filmmakers behind the new sequel — simply titled “Scream” as well — hope the new installment makes your list.

Entertainment Weekly got a first look at new photos from the upcoming film, which appears to bring Neve Campbell, Courteney Cox and David Arquette back to Woodsboro as Ghostface returns for yet another round of nasty killings.

While specifics about the plot are still under wraps for now, EW said the film is “about a new killer who puts on the Ghostface mask and begins targeting teenagers to resurrect secrets from Woodsboro’s corpse-filled past.”

One pic shows Neve’s Sidney Prescott alongside Cox’s Gale Weathers, while a closeup of Arquette’s Dewey can be seen in another shot. A third photo gives us a glimpse at another returning face: Marley Shelton’s Judy Hicks, who made her debut in the fourth film, which dropped in 2011.

Featured from the new cast: Jenna Ortega giving us some Drew Barrymore flashbacks as she pulls a knife out of a kitchen block, Melissa Barrera at what appears to be Stu Macher’s house from the first film and costars including Jack Quaid, Jasmin Savoy Brown, Mikey Madison, Mason Gooding, Sonia Ammar, Kyle Gallner, and Dylan Minnette — whose character is named Wes, a surefire nod to franchise director Wes Craven, who died in 2015.

Directors Matt Bettinelli-Olpin and Tyler Gillett told EW that “it was a wild anxiety-producing situation” as they waited for the returning trio to sign onto the film, as the script was written with them returning in what’s described as “not disposable roles.”

“They were very, very important and the heartbeat of what was great about the script,” said Gillett. “We couldn’t imagine the movie without any of them and so not having that perfectly locked-in right off the bat was definitely scary.”

They were eased into the idea of returning with Kevin Williamson’s involvement as an executive producer, as Williamson wrote the original and two of the sequels. Campbell also said the directors wrote her a letter, “speaking of their appreciation and great respect for Wes Craven, and speaking of the fact that the very reason that they are directors today was because of these movies and because of Wes, and that meant a great deal to me.”

“From the second I walked on the set, I felt extremely emotional and felt a real missing and longing for him,” Cox said of the late Craven. “He had such [a] special, kind, and caring quality about him, not to mention his incredible talent as a filmmaker. I looked up to Wes immensely professionally but also as a friend. I feel Wes would be so happy with the way Matt and Tyler have rebooted this franchise.”

Arquette, meanwhile, said he could feel Craven’s “energy” on set.

The trailer is expected to drop this week, while the film will be released January 14, 2022. Stay tuned!