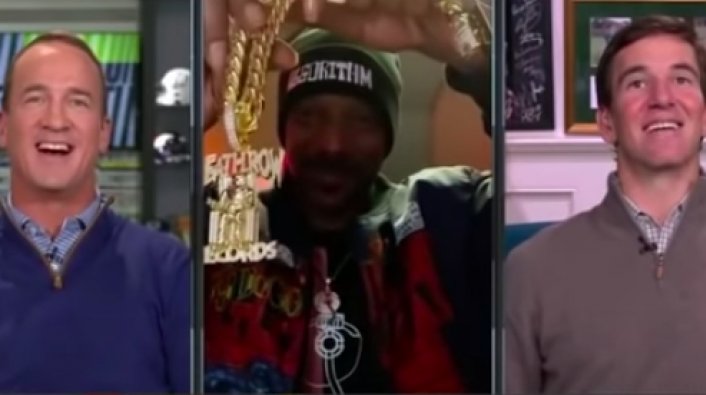 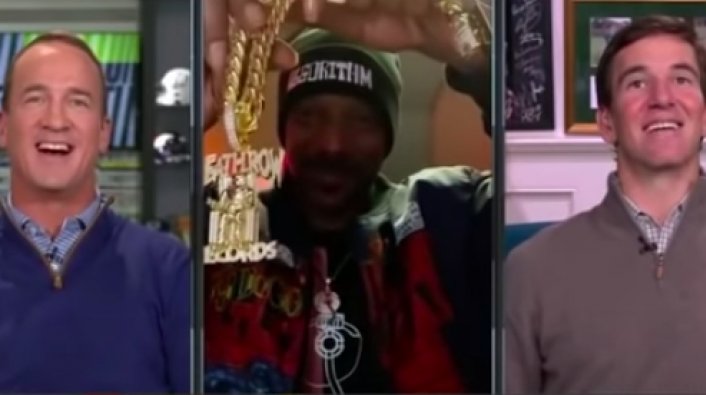 Snoop Dogg recently made an appearance on an alternate broadcast of Monday Night Football, alongside Peyton and Eli Manning. During the broadcast, Peyton Manning asked Snoop if he had a gift for Eli, whose birthday was on the horizon.

Snoop held up his iconic Death Row Records chain and said, “Eli, I would like to present to you this Death Row chain for being so hip-hop and so hip.” The rapper concluded by saying, “That’s yours, baby. When I see you, you go that. I’m gonna put that around your neck. Happy 41st Birthday, Eli.” The player responded by saying, “Thank you. I will look good in that.” Watch above.