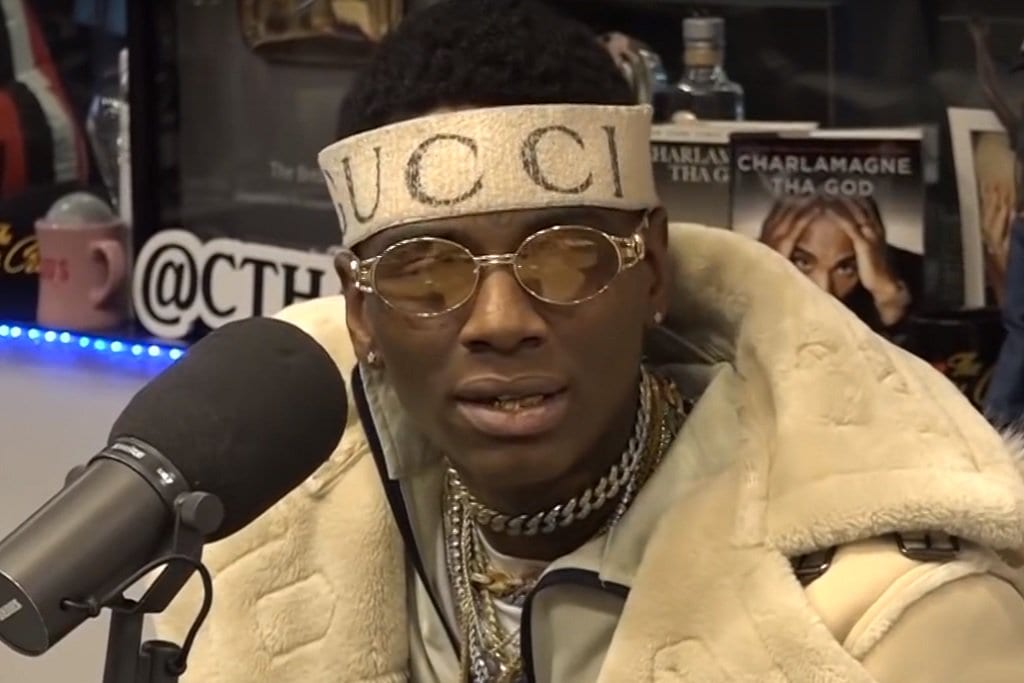 Despite his hit single “Crank That (Soulja Boy)” coming out 15 years ago, Soulja Boy has always been able to keep himself relevant. Whether it’s through his classic interviews, becoming a meme, or even creating his own game console Soulja will always keep himself a trending topic. Another way in which he’s kept himself relevant is by beefing with other artists.

Over the span of his nearly two-decade-long career, Souja has beefed with Lil Yachty, Key Glock, Bow Wow, Chris Brown, and even Kanye West. Now you can add Wizkid to that list, and not even for anything that was said recently.

A tweet from Wizkid where he called the “Rick and Morty” rapper “wack” recently resurfaced. However, Wizkid tweeted the diss toward Soulja in 2010, years before he would be the international star we know today. “I swear soulja boy is wack!..jeeeezzzzz!” Wizkid tweeted 12 years ago.

It is unsure how the tweet made its way onto Soulja’s feed, but he would go on to respond to the tweet, despite it being over a decade old. “Ya mama Wack. Shut ya bitch ass up,” Soulja responded.