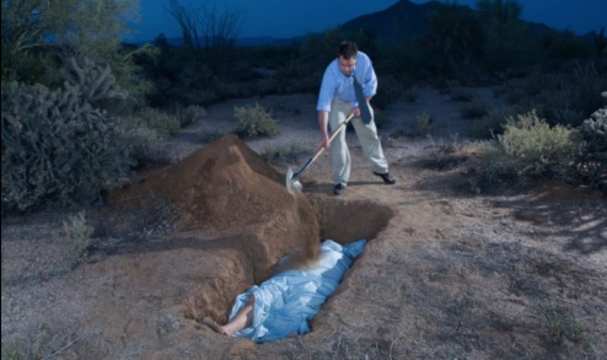 A South Carolina man accused of strangling his girlfriend died of a heart attack while burying her in their yard in a twist of what some might call poetic justice. Joseph McKinnon, 60, killed Patricia Dent, 65. He had a “cardiac event” while burying his girlfriend. Investigators believe McKinnon attacked Dent in the home. An autopsy determined she died by strangulation.