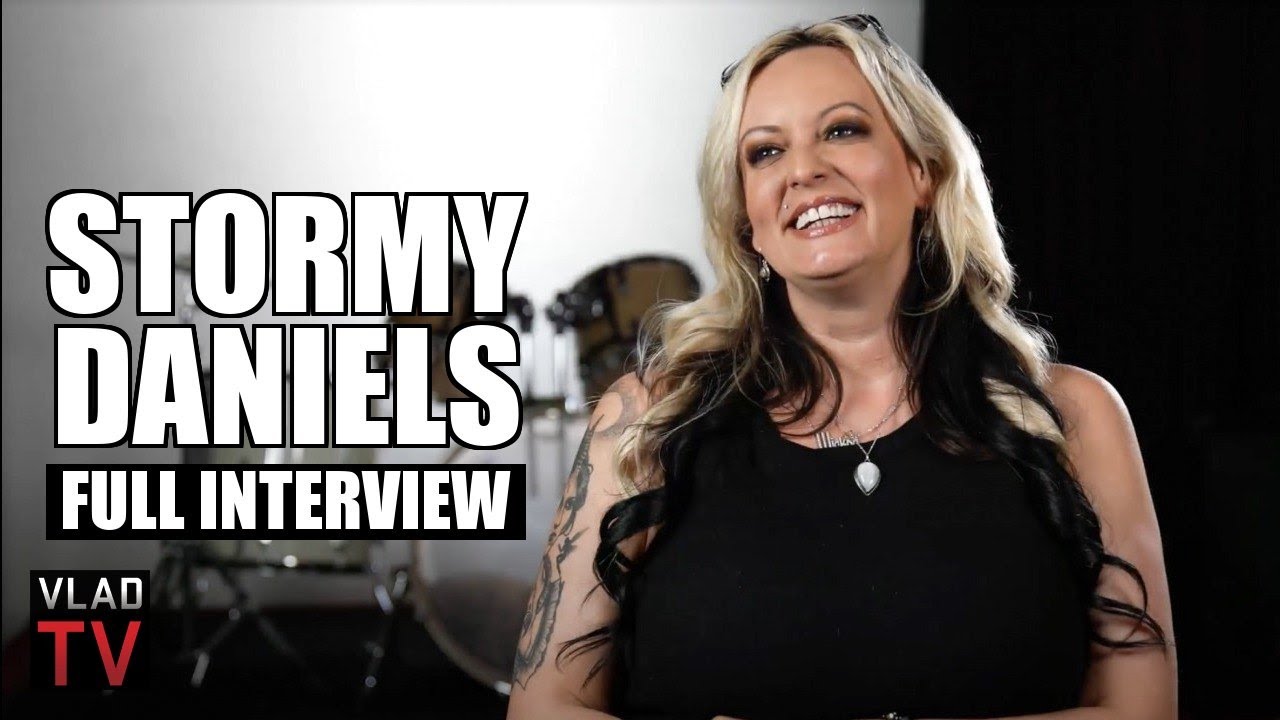 In this full-length interview, Stormy Daniels talks about growing up in Baton Rouge and living a relatively normal lifestyle until her father left her mother without an explanation. The conversation quickly switches gears when the 41-year-old talks about losing her virginity at the age of nine and dealing with being abused by a man who lived in her neighborhood. She also states that she went back to her old neighborhood many years later with the intention to do harm to her former abuser, but he was no longer alive.

Later in the interview, Stormy Daniels recounts a crazy incident when she witnessed her mother fall into a Christmas tree while she was naked and the effect that it had on her decision to move out of the house. She also talks about becoming a dancer at the age of 17, participating in a few burlesque shows, what eventually led to her falling into the adult film industry, and her infamous run-in with Donald Trump. As the discussion moves along, the famous adult actress talks about her lawsuit against Donald Trump and why she decided to drop out of “Celebrity Big Brother” hours before the show was set to go live. Lastly, Daniels takes on the subject of her former lawyer, Michael Avenatti, getting arrested before declaring that she thinks something bad is going to happen to Donald Trump.