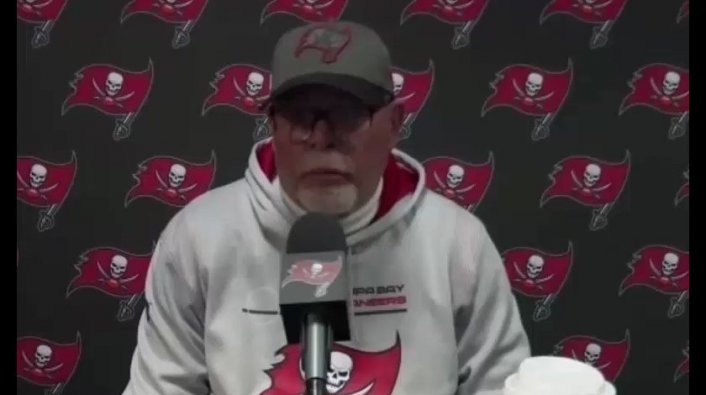 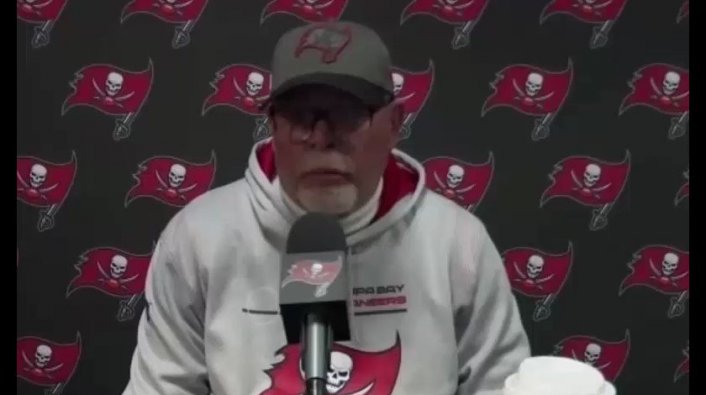 Antonio Brown recently was seen storming out of the game against the New York Jets, with the player taking off his jersey and gloves to run across the field before throwing the items in the crowd. Following the exit by AB, Tampa Bay Buccaneers coach Bruce Arians spoke on the matter in a post-game presser.

Arians was asked about Brown and went on to say, “He is no longer a Buc. That’s the end of the story. Let’s talk about the guys that went out there and won the game.” The coach was then asked about more details as to why Brown rushed off the field and responded, “I’m not talking about him. He’s no longer part of the Bucs.” Watch above.

The Tampa Bay Buccaneers and the New York Jets recently faced off against one another, and things got pretty hectic on the field.

Footage that surfaced showed Antonio Brown abruptly taking off all of his football gear and throwing it into the stands before running off the field. The incident went down in the third quarter. Head coach Bruce Arians spoke on the matter following the game, saying, “He is no longer a Bus. That’s the end of the story. Let’s talk about the guys who went out there and won the game.

News of this comes after Brown’s return to the league following a three-game suspension for reportedly violating the NFL’s COVID-19 protocols.